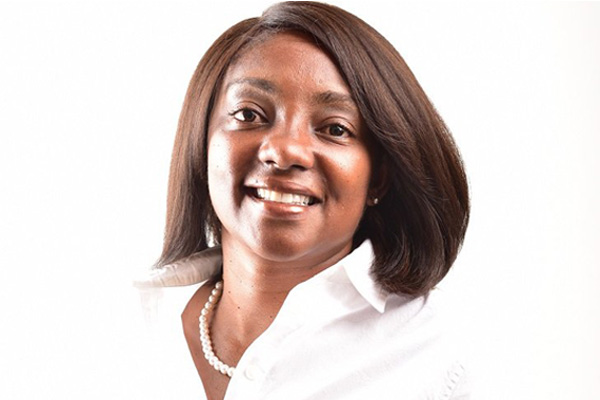 Caroline Mukiira began her career in the 90s during the Internet Boom. She joined Nairobi Net Online at the age of 18, right after graduating from Kenya High School while pursuing a part-time diploma in management information systems at the Kenya School Professional Studies.

At NairobiNet, she was responsible for large corporate accounts selling internet connectivity, email accounts, and web hosting services. While at NairobiNet, Caroline discovered her passion for technology and understood technology’s role in improving society’s social-economic conditions. After a two-year stint at NairobiNet Online, she migrated to the United States to pursue a Computer Science degree at Bowling Green State University in Ohio.  In 2001 the only black female in a cohort of 25 computer science students, Caroline, graduated with a bachelor’s degree in computer science.

Upon graduating, Caroline joined Progressive Insurance, a firm that prides itself in being a technology firm that sells insurance giving Caroline her an experience across several roles during a seven-year tenure, including as a software developer, IT architect, and program manager. In these roles, she worked closely with product managers to transform their ideas into products and deploy them in the marketplace, giving Caroline first-hand experience in how firms can leverage technology to enable their business strategy gain market share, cut down on costs, develop new revenue streams and improve profitability.

At Progressive Insurance, she was also instrumental in shaping the implementation of several ground-breaking products. Caroline was part of the team that implemented and deployed Snapshot, the first telematics product developed by an insurance firm in North America.  The product aided Progressive Insurance in collecting data on customer, driving behaviour and thus personalizing insurance rates based on actual driving, pioneering usage-based insurance. This allowed customers to pay premiums based on how much they drove instead of just traditional fixed factors.

Caroline moved on in 2008 to pursue a two-year master’s program in management and economics at the prestigious Columbia University in New York City. A top post graduate student, Caroline was headhunted to join Accenture LLP upon graduating. Accenture LLP is one of the world’s largest management consulting firms. At Accenture, based out of both Manhattan in New York City and Munich in Germany, Caroline provided advisory services and led large-scale transformational programs for Fortune 500 companies within the financial services industry across North America and Europe.

In 2013, Caroline was appointed as the global head of operations and strategy for Accenture’s Insurance Vertical, whereby she was instrumental in shaping the firm’s five-year strategy to become a 2.5 Billion (USD) Industry.

In 2014, Caroline relocated from New York to Nairobi, having been headhunted to join IBM Middle East and Africa as the head of Financial Services for IBM East Africa across eight countries, a role she held for two years before becoming the head of IBM East Africa Global Business Services, which is the IBM’s consulting division that provides both strategy and technology implementation services across all industries. In this role, Caroline was accountable for the day-to-day operations, strategy execution, and overall P & L of IBM’s consulting practice across eight East Africa countries, bringing together geographies, service lines, consulting talent, industries, and market functions to provide exceptional service to IBM clients within East Africa. Her client experience focused on disruptive technologies; Mobile, Cloud, AI, BlockChain, Cognitive, Automation, Analytics, Internet of Things, and large-scale enterprise transformational programs.

In 2019, Caroline was appointed to lead the IBM TradeLens Blockchain business for the Middle East and Africa covering 70 countries. In the role, Caroline worked with government authorities and enterprises to digitize trade across the region. TradeLens is a digital platform that helps facilitate the smooth movement of goods across borders and thus enables more efficient global trade. The offering empowers importers, exporters, clearing and forwarding agents, government authorities, and all the stakeholders across the trade value chain to securely exchange trade data on a real-time basis and provides businesses and authorities gain visibility on the status and movement of a container from one logistical point to another; departure to final destination of a container.

Caroline is passionate about transforming the world through technology. She believes that in this new era of Cloud, Quantum Computing, Data, and AI, nearly every enterprise is, or is in the process of becoming, a technology company.  In her role at IBM, she is excited to help organizations harness technology to re-invent, develop new business models and digitally transform their operations to achieve growth.

Caroline has been recognized as the Top 25 Women in Digital, Top 30 Women in Technology, and one of the few women blazing the trail in the C-Suite.

Caroline is an avid believer of God and is conscious that her journey would not have been possible without the almighty God and the support of her family, mentors, advocates, and friends.