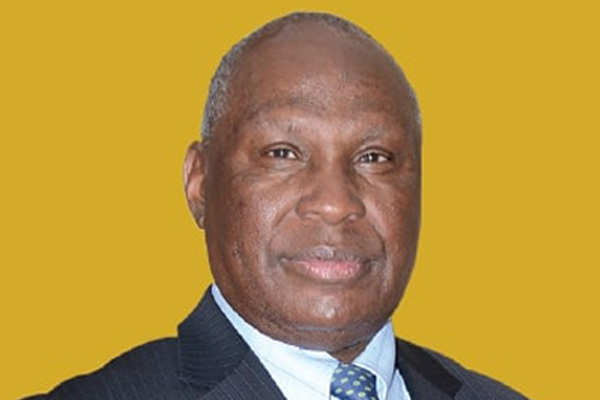 Following his appointment to the high office of chairman PSC in 2018, Stephen found himself strategically positioned to influence a new direction for the public service. He has been able to apply the public service ideals of honour, trust and commitment that he cherishes dearly.

CHAIR OF BOARD: PUBLIC SERVICE COMMISSION

Stephen Kinyanjui Kirogo is a career administrator with solid credentials and a track record of public service spanning over thirty years. His appointment as Chairman of the Public Service Commission (PSC) in August 2018 capped an illustrious career that began in 1984 as an Assistant Secretary in the Office of the President.

Following his appointment to the high office of chairman PSC in 2018, Stephen found himself strategically positioned to influence a new direction for the public service. He has been able to apply the public service ideals of honour, trust and commitment that he cherishes dearly. He is passionate about performance management and inculcating a culture of performance in a bid to turn around the long-held image of the public service as a corrupt, inept and lethargic institution. His recipe for improving productivity in the public service is the implementation of a measurable performance management framework that is underpinned by values and ethical conduct, performance culture and value for money. These are the same values Stephen inculcated in State Owned Enterprises (SOE) during his tour of duty as Secretary/CEO of SCAC, where he wielded tremendous power, but acquitted himself with humility and decorum. At SCAC, he was always in the eye of the storm, with all kinds of hurricanes from state corporations and he always managed to calm the raging waves, whatever the speed with calmness unknown in public service.

In the short period he has been at the helm of the PSC, the constitutional commission designated with the responsibility for managing the human resource in the entire public service, Mr Kirogo has superintended over the introduction of far-reaching reforms in the public sector, guided by a transformative strategic plan 2019-2024. Indeed, his priority assignment upon replacing Prof Margaret Kobia, the cabinet secretary (CS) for Public Service, was to rebrand and reposition the PSC as the engine behind a citizen-centric approach to service delivery with public servants who are accountable to the citizens. The strategic plan 2019-2024 gives him the all-important pathway he needs to drive the transformation agenda hence his introduction of a new mantra Reform, Perform, Transform Kenya (RPTK) as a rallying call for public servants to rededicate and be more accountable to the citizens.

The highlight of his transformation agenda is the introduction of the highly successful Public Service Internship Program (PSIP), now in its second year. Through the program, the commission onboarded young university graduates and deployed them to ministries, stated, and ministerial agencies for one-year paid internship. The commission rolled out the program in 2019 with the support of parliament which provided the initial funding allocation of Ksh 1 billion.

The selection process ensured that those recruited represent the face of Kenya, based on considerations of merit, ethnicity, gender, disability status, minorities and the marginalized. The interns are deployed in areas of their specialization and qualifications, and mentored to acquire the relevant hands-on training, competencies, practical skills and experiences required for the job market and entrepreneurship.

Pension reform is one of the major of the success stories under Mr Kirogo’s watch. The persistent long delays in processing of pensions in Kenya has been a major challenge for the government over the years with serious consequences for retirees and their families. This has been blamed on factors ranging from systemic inefficiencies, inadequate manpower and frequent break-down of the pensions management system due to low absorption of exchequer allocations.

The PSC, in fulfilment of its constitutional mandate of ensuring efficiency and effectiveness in the public service, intervened by instituting radical measures to unlock the problem that had for many years condemned retirees to endless suffering. A Rapid Results Initiative (RRI) conducted by the PSC in 2019 helped to clear the backlog of unpaid pensions within 100-days and subsequently ensured timely processing of pensions and a seamless transition from salary to pension.

Mr Stephen Kirogo holds an Executive Masters in Business Administration (EMBA) degree and a Post Graduate Diploma in Business Development from Inoorero University, a Bachelor of Arts (BA) degree and a second Post Graduate Diploma in Public Relations and Communication from Kenyatta University. He is a Fellow of the Public Relations Society of Kenya (FPRSK).

Owing to his long public service career and his active participation in development initiatives such as construction of schools and churches as well as raising funds to assist needy students pursue education, through what he calls personal social responsibility (PSR) Stephen has positively impacted the lives of many people across the country. And in recognition of his immense contribution to public service and citizens wellbeing, Mr Kirogo was awarded the Order of the Elder of the Burning Spear (EBS), the Order of the Chief of the Burning Spear (CBS) and lately the Order of the Moran of the Golden Heart (MGH) by His Excellency the President of the Republic of Kenya.

Looking at the public service today, the effectiveness and success of the reforms and transformation instituted since Stephen Kirogo took over the helm at the PSC, can be seen through superior public service delivery. We shall hear more about this amiable public servant in the near future. Of this, there is no doubt.