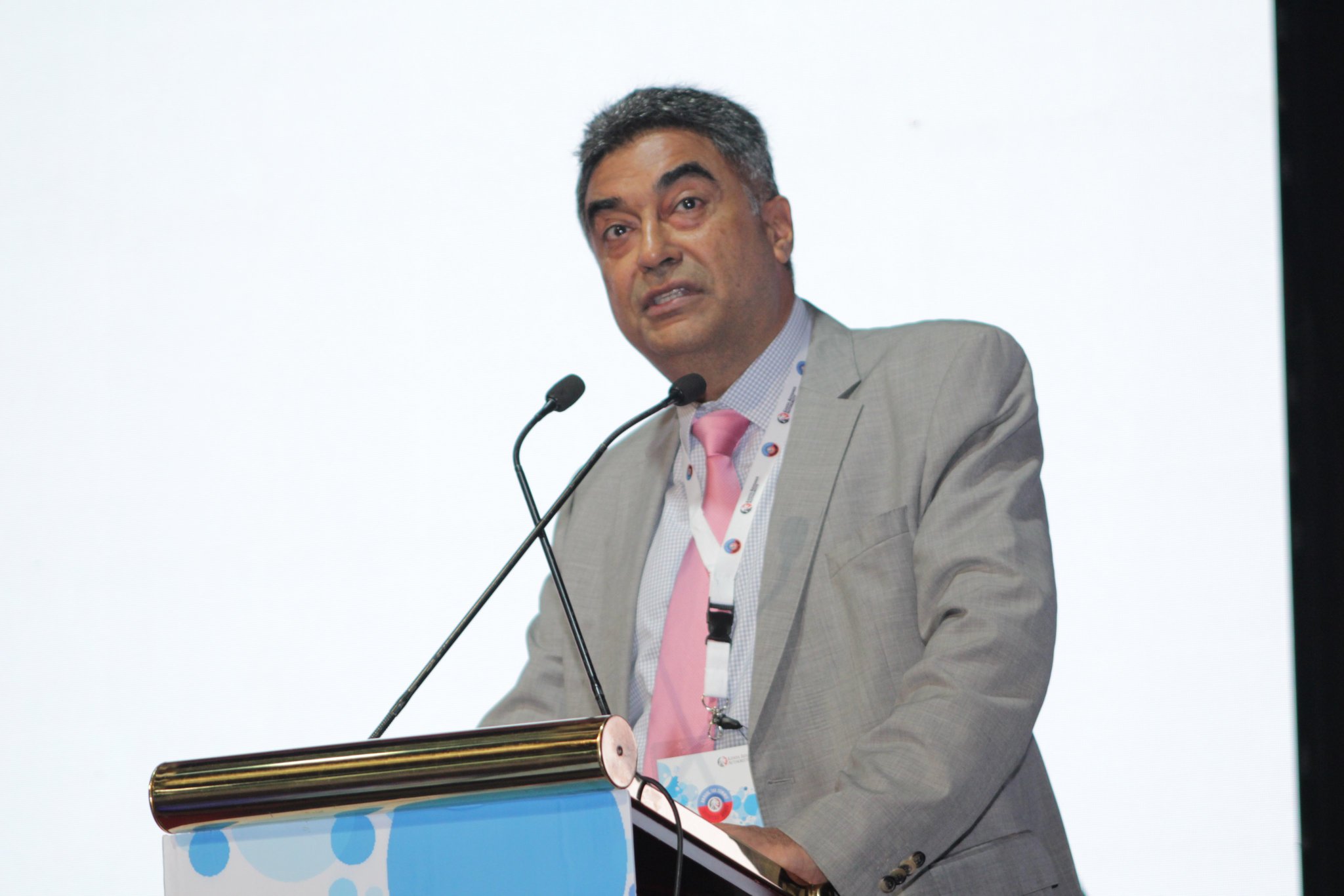 Wherever he goes, Jaswinder Bedi expects, in his own words, to be someone who is MAD and who makes others MAD too. And what does he mean by this? To be someone who will Make A Difference

CHAIR OF BOARD: KENYA EXPORT PROMOTION AND BRANDING AGENCY

Jas does not enter a room unnoticed, for he is a visibly high-energy person. A most successful industrialist entrepreneur, he has become a key player in the textile industry, running Bedi Investments, a textile mill that was started by his father and his uncle in 1972 which manufactures synthetic yarns, woven fabrics and apparel for export to the US, Europe and elsewhere in Africa. He is also executive director of Fine Spinners Uganda, which spins cotton yarns and manufactures sewing threads.

Early on, the family worried that without exports it wouldn’t survive the inflow of low-cost imports, and indeed in the 1990s cheap imports did begin landing, with many textile companies shutting down as a result. But by then Bedi Investments was exporting its fabrics, first to Zimbabwe and later to Europe and the US. Watch this space for further ambitious expansion.

While running his major factory in Nakuru, he has also expanded his production to a facility in Uganda, where he is Executive Director of Fine Spinners Uganda Limited. As soon as the Covid-19 pandemic hit Kenya, he was as proactive as always, transforming his production facilities and assembly lines to produce masks and other PEEs in huge quantity.

No wonder that on his LinkedIn profile, Jas announces that he is a “dynamic personality with ambition to make a difference to our society and community”. For his contributions to society go way beyond creating jobs and generating export revenue while also indulging in import substitution—all this derived from his commercial enterprises.

In so many ways, he has over the years been a unique champion far more broadly for job creation and export generation, not least currently as chairman of the recently formed Kenya Export Promotion and Branding Agency (KEPROBA)—the body set up following the merger of the Export Promotion Council (where he was already a director) and Brand Kenya—which is now also due to merge with the Kenya Investment Authority, the Kenya Tourism Board and the Kenya Yearbook.

Jas was recently appointed as one of the directors from the private sector to serve on the board of ICDC, after it became the holding entity for the three national transport and logistics organizations: Kenya Ports Authority, Kenya Railways and Kenya Pipeline.

He has previously served as Chairman of the Kenya Association of Manufacturers, the African Cotton and Textiles Industries Federation, and the Kenya Apparel Manufacturers Exporters Association. But there’s more, for he has also served as a Director in the Export Processing Zones Authority, the East African Business Council (for some of the time as its vice chairman) and the Federation of Kenya Employers. He has been the Vice Chairman of the Kenya India Business Council, and the Co-Chair of the World Bank Cotton Apex committee.

Jas is a director of the highly influential Kenya Private Sector Alliance (KEPSA), the private sector umbrella body, and he is a Member of the Young Presidents Organization (YPO).

He has been tirelessly committed to developing export market opportunities, particularly in trading blocs such as EAC, COMESA, SADC, TFTA, AfCFTA, USA and the European Union.

Wherever he goes, Jas expects, in his own words, to be someone who is MAD and who makes others MAD too. And what does he mean by this? To be someone who will Make A Difference. Not just to show up for work, not just to put ticks in easy Performance Contracting compliance boxes, but to make a significant impact. He is a strategic and purposeful thinker, a person who knows both how to jolly people along and to wield the big stick when necessary. His sense of confident optimism is by no means pie-in-the-sky, as his illustrious track record shows. Jas is just the kind of leader the co-COVID-19 world needs.

Aside from his degree in textile technology, Jas has attended numerous executive business courses at the Harvard Business School, IMD and IIM. His business acumen has been recognized by the Government of Kenya, where HE President Mwai Kibaki decorated him with the Moran of the Burning Spear (MBS) in 2012. Further, in 2016, Jas was nominated as a finalist in the Africa CEO Forum Awards, and he was subsequently proclaimed as Sikh CEO of the year. Thereafter in 2017, HE President Uhuru Kenyatta decorated Jas with a yet higher award, the Elder of the Order of the Burning Spear (EBS) in recognition of outstanding services rendered to the nation in various capacities and responsibilities.