Top 25 Most Influentials Chair Of Board Impacting Business 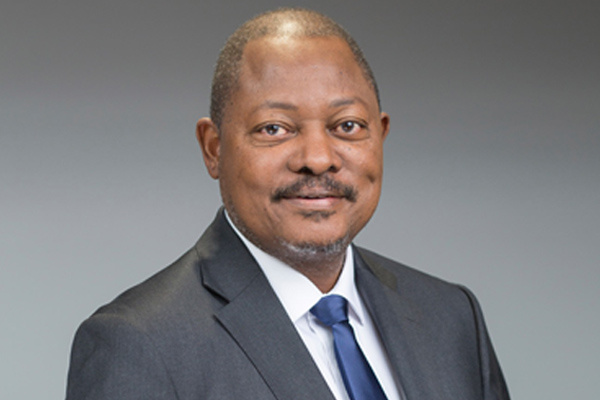 As Chairman of EABL and in his various board roles, his focus continues to be inculcating good board corporate governance practices and strong valuesethical business leadership, integrity, respect and diversity in gender, age and skill set, among others.

CHAIR OF BOARD: EABL

Martin Luke Oduor-Otieno is tall and elegant, not at all the exuberant, noisy type. He has no need to be centre stage, no need to be the Big Man. He lets his competence, his courtesy and his conscientiousness speak for themselves, and they do in spades.

Martin asks more than he tells, and listens more than he speaks; he takes no short cuts; and it is for such reasons that he has been sought out to take on major responsibilities, largely but not exclusively in the private sector. He is a practicing Roman Catholic, and is married and has children and grandchildren.

An accountant by background, Martin started his career in the accountancy profession with Pannell Bellhouse Mwangi (which later evolved into Ernst & Young) before joining BAT and then enjoying a very successful career at Barclays Bank (currently rebranded in sub-Saharan Africa to ABSA Bank).

Through his volunteer spirit and driven by the urge to help grow a strong accountancy profession in Kenya, he emerged as the chairman of the professional accountants’ body, ICPAK, and it was from ICPAK and Barclays Bank that Martin was parachuted in as part of President Daniel Arap Moi’s Dream Team as Permanent Secretary (PS), Ministry of Finance and The Treasury.

During his time there, Martin Luke Oduor Otieno was at the centre of restoring Kenya’s relationship with the Bretton Woods Institutions, the World Bank and the International Monetary Fund (IMF), while transforming the culture within the ministry. Under his leadership, and with support of the Change Team he appointed in the Treasury, the steepest of steep organizational pyramids, with its massive power gaps between levels—not least between the to-be-feared PS and everyone else—was flattened, and energy began flowing downwards and outwards towards the intended beneficiaries rather than inward and upward to him as a power PS.

Hundreds of Change Champions were developed, from an initial team of less than ten, as agents of the desired change, and his influence was breathtaking and invigorating. In less than two years, much was achieved under his leadership, including the formulation of the World Bank supported Poverty Reduction Strategy Paper (PRSP) and the Medium-Term Expenditure Framework (MTEF), the first serious policy planning documents to date.

Following his short but transformative term at the Treasury, Martin returned to Barclays Bank, serving in senior positions both in Kenya and in South Africa, before being head hunted and lured into Kenya Commercial Bank. Here he deputized for CEO Terry Davidson for 18 months before taking over from him, in one of the most well executed CEO succession planning in corporate Kenya and expanded the bank’s operations to other countries – South Sudan, Uganda, Rwanda, Burundi in rapid succession as well as revamping the Tanzania business.

When Martin took over as CEO, KCB was still very much in recovery mode from having become a classically dysfunctional SOE. Martin built on the foundations for revival laid by his two predecessors, Terry Davidson and before him Gareth George, formerly also from Barclays Bank.

Upon leaving KCB Group, after leading one of the best CEO succession plans in a now blue chip company, with Joshua Oigara taking the helm as the Group CEO, Martin became senior advisor in the financial services division at Deloitte East Africa, a leading audit, consulting, financial advisory and tax services firm, before taking up appointment as a non-executive director of Standard Bank Group, headquartered in South Africa, British American Tobacco (BAT), East African Breweries Limited (EABL)—where he is now chairman, and Kenya Airways. He also continues to sit on the boards of GA Life Insurance as well as the SOS Childrens Villages International Senate.

As Chairman of EABL and in his various board roles, his focus continues to be inculcating good board corporate governance practices and strong values—ethical business leadership, integrity, respect and diversity in gender, age and skill set, among others. Martin sees these as foundational to driving performance. Certainly, in the throes of COVID-19 pandemic challenges, these organizations have demonstrated world class leadership underpinned by these values.

Having ‘retired’ from formal executive roles at the end of 2015, he founded the Leadership Group Limited, (www.leadershipgroup.co.ke) a firm that offers executive coaching to leaders, as well as consultancy and training in the areas of leadership, governance, strategy development and execution.

Martin has just stepped down as the President of the Kenya Chapter of the International Coaching Federation at the end of 2020 and taken on the role of the Chairman of the Africa Executive Coaching Council, (www.aeccouncil.com), an institution focused on bringing together the players in the Executive Coaching ecosystem in Africa to create greater awareness through advocacy and research and advance the practice of coaching as a tool for transforming society.

His biography, Beyond the Shadows of my Dream, was published in 2012, and needless to say, so much more about Martin’s extraordinary life is laid out there.

Marti Luke Oduor-Otieno holds a Bachelor of Commerce (B. Com) degree in accounting from the University of Nairobi, and an Executive MBA that was awarded jointly by the Eastern and Southern African Management Institute and the Maastricht Business School. While CEO of KCB Group, he attended the Advanced Management Program at the Harvard Business School, and he was awarded an Honorary Doctorate in Business Leadership by KCA University—whose state-of-the-art library is named after him, in appreciation of his great service as chairman of the university’s council in its formative years.

Martin has been an adjunct faculty member of the Aga Khan University Graduate School of Media and Communications, as well as the Strathmore University Business School.

Who knows what still lies ahead for this humble man of great achievements. One thing is certain though: the amiable and youthful looking Martin Luke Oduor-Otieno will be making many more great contributions to the development of Kenya and far beyond.