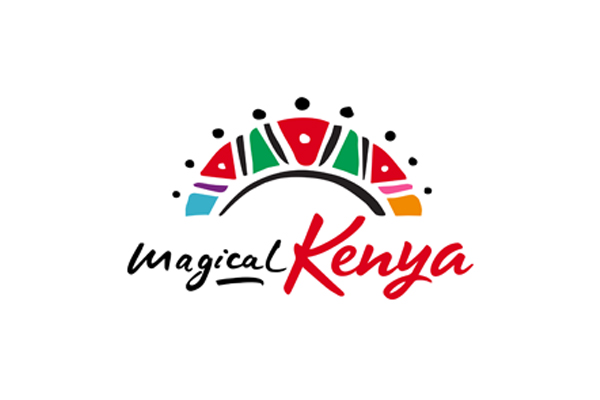 KTB has put in place a new, well-researched and world-class destination marketing strategy to guide its marketing efforts for the next several years

ACHIEVEMENTS DURING JIMI KARIUKI BOARD CHAIRMANSHIP

Jimi Kariuki was first appointed to the KTB Board on 18th March 2016 in recognition of his vast experience in the tourism sector spanning over three decades. This appointment was subsequently renewed in May 2019 for a further term of three year, arising out of his sterling performance.

Together with an able and supportive Board of Directors comprising key industry players as well as a well-educated and experienced workforce, there have been tremendous achievements realized since 2016 to date, which is transforming the tourism experience in the country.

Upon appointment, the Jimi embarked on and spearheaded the recruitment of a substantive Chief Executive Officer (CEO) for the organization. This was achieved in December 2016 with the coming on board of Dr. Betty Addero Radier, a seasoned marketing professional with private and public sector leadership and experience. Jimi and Betty have since laid a solid foundation for the implementation of the KTB’s short, medium and long term strategy.

The Board and Management thereafter embarked on a comprehensive review of the destination marketing strategy that had remained unchanged for a number of years. For the first time, top notch and experienced professionals are at the helm of KTB, recruited out of experience of tourism industry and marketing of services.

In the following years, the fruits of these foundational efforts by the Board under Jimi’s chairmanship are bearing fruits. Notably, in 2019 the tourism arrivals into the destination were recorded at 2,048,834.  Compared to 2016 numbers of 1,342,899 arrivals, this represent a growth of 52.6 per cent and significant by being breaking the 2million visitors a year mark.

Revenues from tourism also grew steadily, continuing to earn much-needed foreign currency for Kenya. 2019 revenues saw significant growth to close at 162.1bn being the best ever recorded tourism forex earnings, a growth of 62.6 per cent over 2016 numbers of 99.7bn. Similar growth has been recorded in the consumption of domestic bed-nights by local travelers with the highest recorded number of bed-nights by domestic tourists hitting 4,047,000 in 2019 compared to 3,495,926 in 2016, a growth of 15.8 per cent.

Sadly, 2020 saw the effects of the Covid-19 pandemic deeply erode and reverse these gains. It is, however, expected that Kenya and other tourism destinations globally will be able to slowly recover their tourism arrivals and revenues as global tourism gradually picks up, thanks to the prayers for the intercession of God to cushion the world from the devasting effects of the Covid-19 Pandemic.

Whilst the achievements in tourism arrivals and revenues have experienced ups and downs over the last several years, other notable achievements in KTB have been recorded that will continue to be of benefit to the organization and the destination in years to come.

During the period 2016 to date, the Board has steered the organization towards digital marketing in line with current consumer consumption trends. The result has been a significant shift in marketing resources allocated towards digital marketing in the region of 60 per cent of the organization’s total budget. Further, in recognition of the role that local and regional tourism plays in providing stability to tourism destinations globally, the Board has given more prominence to the domestic market through enhanced marketing budget allocations as well as aggressive “Tembea Kenya” and “Kenya Inanitosha” campaigns aimed at this market.

In response to numerous crises that the Kenya as a destination has faced in the period since 2016, the Board under Jimi, put in place revamped crisis management measures that can be deployed to counter the negative effects that such crises precipitate. For instance, these measures came in handy to counter the negative publicity generated by the 2017 disputed national elections as well as the unfortunate Dusit terror attack. More recently, these measures were deployed to communicate positive destination messaging and keep the destination visible in the minds of consumers following the global Covid-19 Pandemic under the “Safe Travels” initiative.

Significant growth has also been recorded in the flagship destination expo, the Magical Kenya Travel Expo (MKTE) over the past five years. As at 2019, the show recorded 210 exhibitors and 150 hosted buyers, cementing its place as the region’s premier B2B expo. Sadly, the 2020 edition of MKTE was cancelled due to the COVID-19 Pandemic while the 2021 event is planned as a virtual event.

In 2017, the Board commissioned an international firm based in Johannesburg to undertake a comprehensive revamp of the destination’s logo that had remained unchanged for over two decades. This exercise has yielded a refreshed and exciting new destination look that has been very well received locally and internationally.

With the realization of the power of sports to positively profile a destination, the Board under Jimi’s stewardship has adopted a deliberate approach to leveraging major sporting events held in the destination and abroad to position the destination as top in mind of consumers. This has been successfully achieved through major events such as the Kenya Golf Open-which was renamed the Magical Kenya Golf Open in 2019, the World Under 18 championships, the WRC Safari Rally as well as major marathons held in various cities abroad. The bringing on board of global marathon superstar, Eliud Kipchoge as a Magical Kenya brand ambassador was also instrumental in further leveraging this positive association between the destination and sports.

With the realization that stakeholder and industry partnerships are key in helping KTB meet its mandate, the Board under Jimi’s leadership adopted a deliberate approach to forge strong and close links with the tourism private sector, government agencies providing vital services to the tourism sector as well as sister agencies within government. As a result, the period between 2016 to date has seen various stakeholder engagements with county governments, tourism associations and private sector players being held on a regular basis. Out of this, there have been tangible outcomes such as the Kenya Airways and Jambojet aircraft branding, SGR termini branding, airport buses branding, trade webinars, county engagement forums and many more.

These actions by the Board, and many others, in the last few years have not gone unnoticed and KTB has been awarded the title of Africa’s Leading Tourist Board several years in a row in addition to the destination being recognized as the World’s Leading Safari Destination on several occasions, thanks to Jimi Kariuki’s sterling and transformative leadership.