About 56% of Kenya’s urban population currently lives in slums. Nairobi even hosts one of the largest slums in Africa, Kibera.

n Kenya, settlements are classi-fied into two types: informal (or, slum) and formal (or, regular) settlements. Informal settlements are areas with insecure residential status and those in Nairobi are quite dismal. They’re very overcrowded, housing is made of poor-quality building materials – like mud or metal sheets – and they often lack basic amenities like drinking water, electricity and sewage disposal. My recent study examined the living conditions experienced by Nairobi’s slum residents and compared them to those in formal settlements. Specifically, it was to understand how worse-off they are when it comes to basic amenities and whether the rent and costs that slum dwellers face are at least com-mensurate with the poor quality of amenities.
I found that tenants in Nairobi’s slums are getting a very bad price deal for the quality of living. This is because there’s a huge demand for low-cost housing, and not enough to meet it. These findings are important when it comes to evaluating whether policies are including all groups in the development of the city. It’s vital that policymakers try to close these living quality gaps as much as possible. 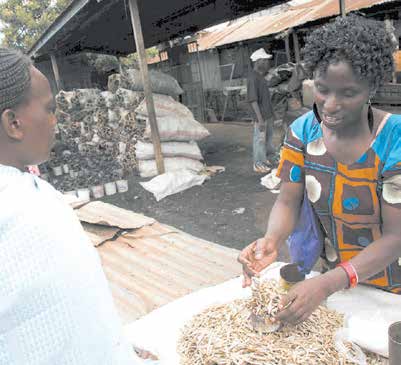 Low quality
For my study, I used World Bank data from a survey of over 1,000 urban households across Nairobi’s formal and informal settlements.
I analysed a dozen indicators for housing-related living conditions. These related to the physical structure of houses (for example the number of rooms), in-house basic amenities (like water), neighbourhood basic amenities (such as garbage collection), and whether they have formal rental con-tracts.Not surprisingly, I found significant disparities between the formal and informal settlements in terms of access to amenities. For instance, compared to 84% in the formal settlements, only 36% of households in informal settlements have access to in-house or in-compound piped drinking water.
The study also revealed that households in the slums are getting a bad “price deal” for the “product quality” of their rental housing.
I also found that slum area ten-ants are paying on average about 16% in higher rent than their formal area counterparts. This means tenants in Nairobi’s informal settlements aren’t just experiencing a significant lower quality of housing and related basic amenities relative to their counterparts in formal settlements, but they are also paying a higher price or rent premium for such quality.

I analysed a dozen indicators for housing-related living conditions. These related to the physical structure of houses (for example the number of rooms), in-house basic amenities (like water), neighbourhood basic amenities (such as garbage collection), and whether they have formal rental contracts.

There’s a huge demand for cheap accommodation in Nairobi which far outstrips the supply for affordable housing units. Kenya currently has an overall housing deficit of over two million units. As more households move into Nairobi’s slum areas, they wrangle to get cheaper houses, even if the supply is stagnant, because of their proximity to workplaces. It doesn’t help that there is little competition among a few politically well-connected slum landlords, which means there’s less incentive to reduce prices, and normal competitive market forces are less likely to play out.
My study’s finding of slum-premium in Nairobi’s rental housing market is akin to the evidence that poor people pay more for basic services in many situations. For instance, studies suggest that residents of poor neighbourhoods in US cities often experience higher market prices for lower, or same quality products – like groceries – because they have to travel further for them.

What can be done?
While none of these are a magic bullet, they offer steps towards addressing the quality of life of Nairobi’s residents.
First, policy initiatives must be put into place that incentivise slum tenants and landlords to improve the quality of the existing housing stock. This includes formalising property ownership – so the landlord feels more secure that they won’t lose the property once they’ve worked on it – and tenancy rights which would compel landlords to provide a certain standard of living.
Second, policy initiatives must be rolled out that expand existing housing stock with better quality, and also provide affordable, new housing units. The Kenyan government is already taking steps towards this, and this will unleash competitive market forces that bring down rents, or at least improve the quality in the existing rental housing markets.