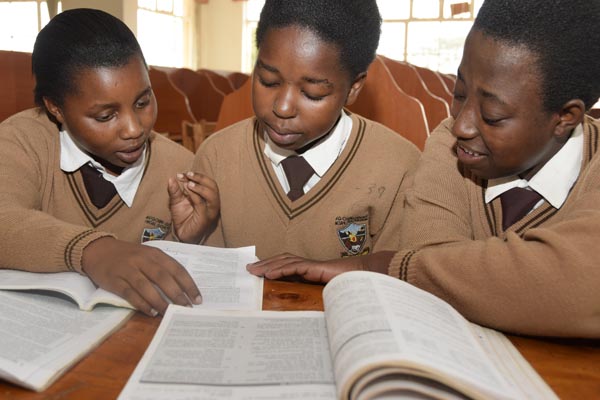 Emilio Mwai Kibaki had a rich and multifaceted legacy as a long serving public official.

Emilio Mwai Kibaki, retired third president of independent Kenya whohad a rich and multifaceted legacy as a long serving public official. But it is in education that he left an indelible, but complex, mark.

Kibaki’s personal achievement as a highly accomplished intellectual looms large over his long policy and political career. A graduate of Makerere University College and the London School of Economics, he became a member of parliament at independence in 1963. This set the stage for his appointment in the executive.

He rose from an assistant minister of finance and chairman of the Economic Planning Commission in 1963 to become commerce and industry minister in 1966. He was appointed finance and economic planning minister in 1969, and became vice president in 1978. He held the finance docket until 1982.

President Daniel arap Moi demoted him to health minister in 1988. Three years later Kibaki left the ruling party to form the Democratic Party. He became president in 2002, a position he held until his retirement in 2013.

Kibaki’s influence on education in Kenya became visible in the early years of independence when government spending on education rose steadily. By the 1970s, Kenya devoted 30% of its budget to the sector. As chairman of the economic planning commission, he had a major role in drafting government policy plans that guided the country’s ideological and policy thrust.

Kibaki gave Kenya’s education a free market capitalistic orientation. Documents such as the 1964–70 Development Plan and the 1965 Sessional Paper No. 10 show how he wanted to introduce cost-sharing through a loans scheme for university students.

Many years later, Kibaki’s first major policy pronouncement as president was the declaration in January 2003 that primary education would be free.

While he favoured mass education for all Kenyans, his capitalist orientation paved the way for entry of private providers. Also, although he generally supported provision of free basic education, especially at primary level, he disapproved of fully subsidised higher education. Instead, he favoured cost-sharing and privatisation.

As a free market adherent, Kibaki worked closely with the policy advisors from the World Bank and the International Monetary Fund. In the early 1970s, Kenya was among the non-oil producing countries that experienced budgetary constraints following the sharp rise of global oil prices. Kenya turned to the Bretton Woods institutions for financial support.

As was to become the norm, the institutions would only advance support on condition that governments reduced recurrent expenditure. Education was one of the areas targeted for cuts.

The IMF and the World Bank required that government implement the university loans scheme that it had outlined in its policy plans. Senior education officials opposed the scheme but were overruled by Kibaki, then Minister of Finance.

The scheme became official in July 1974. This marked a fulfilment of Kibaki’s desire to control higher education expenditure.

Under the scheme, the government would continue providing free tuition to university students. But it would advance them loans to cover expenses such as accommodation, food and books. The loan advanced to students attracted annual interest of 2% and repayment would commence 3 years after graduation.

The first university cohort to be advanced loans graduated in 1977, with their first loan repayments due in 1980.

But the scheme never succeeded. The main reason was due to failure by the ministry of education to enforce recovery. This failure marked the flagging political fortunes of Kibaki in the early 1980s. He steadily became eclipsed politically by the newcomers in Moi’s government.

The final blow to the loans scheme came in 1982 when Kibaki was transferred to the less glamorous ministry of home affairs. This ended a 13-year-run as minister of finance. He retained the vice-presidency until 1988. It was not until 1995 that Moi’s government revived the university loans scheme. This was done through the creation of the Higher Education Loans Board.

Kibaki would further reveal his free market inclinations in 1984. As the country’s vice-President, he contradicted the education officials who had refused to recognise degrees offered by two pioneering private universities. These were the United States International University and the Catholic Higher Institute of Eastern Africa (now the Catholic University of East Africa).

The Ministry of Higher Education had accused the United States International University of providing substandard education. And it had denied a request by the Catholic Higher Institute of Eastern Africa to convert to a university.

Kibaki insisted that government had no “restrictions on the setting up of private universities in the country.” This is documented by Michael Kithinji in his investigation of the dynamics that influenced the development of university education in Kenya and East Africa before and after independence.

Kibaki’s intervention helped open the doors to the flourishing of private universities.

During his presidency Kibaki pursued a duo policy of free basic education and largely unsubsidised higher education, with mixed results.

The introduction of free primary education had an immediate impact on primary school enrolment. The student population rose by more than a million from 6.3 million in December 2002 to 7.6 million by the end of 2003.

Some analysts have faulted Kibaki’s free primary education program for causing overcrowding and overburdening teachers. But criticism overlooks the existing neglect and decay of education facilities that Kibaki encountered when he became president. The challenges caused by free primary education only served to uncover the deep malaise that had hindered educational access to thousands of school age children.

Expansion of primary education exerted pressure on higher levels of learning. To accommodate the growing numbers of students completing primary education, the government and communities across the country established additional secondary schools especially for day scholars.

Similar transformation occurred at the university level where the number of full and constituent public universities increased dramatically and private sector ones from a handful to over 25.

But universities, both public and private didn’t live up to their calling as centres of excellence due to minimal research output. And university expansion under Kibaki happened at the expense of other tertiary institutions. The majority of vocational and technical institutes converted to universities. This meant that the 80% of students who missed university admission lacked opportunities to gain professional or artisanal skills.

Kibaki’s policies on education demonstrate his pro-market position that endeared him to the Bretton Woods institutions and the West in general. It is therefore not surprising that in 1974 Time Magazine ranked him among the top 100 individuals around the world with the potential to become head of state.

This article was originally published on The Conversation April 30, 2022