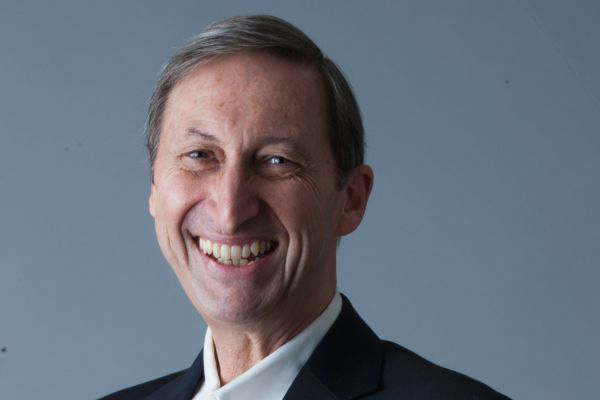 At Occidental Insurance, Mike continues to be known for getting the best out of those with whom he works, at board and other levels. He sees his mission as bringing people together in one high-performance team that enjoys working towards an uplifting purpose .

CHAIR OF BOARD OCCIDENTAL INSURANCE

When last year’s issue on the Top 25 Most Influential Chair of Boards in Kenya appeared, Mike Eldon (who featured at No. 10) read it while in hospital suffering from Covid-19. His was a long and hard journey to recovery, which he subsequently wrote about in one of his Business Daily columns. He has now written nearly four hundred such articles going back to 2007, and this and his appearances on NTV’s am live and now KTN’s Morning Prime morning talk shows have significantly contributed to him being identified as a thought leader and a public intellectual.

Despite feeling very weak for several weeks during his Covid-19 confinement, he managed not only to keep going with his fortnightly articles for the paper but to the extent that he could continue to play his role as Chair of Board of Occidental Insurance and as an independent non-executive director of Davis & Shirtliff speaks volume of this great thinker.

Mike also contributed to a few virtual workshops from his bed, including ones to help the boards of directors of the South Sudanese Water Authorities to develop their leadership and governance skills, and hence their authorities’ effectiveness.

Mike Eldon became recognised as a resilient fighter as he tackled his illness in the solitary confinement of hospital isolation, while somehow finding the strength to still be of major influence in the Kenya business landscape. Indeed, at the time he stated – including in the poems he wrote about his ordeal – that it was his external electronic engagements which kept him sane and positive in those very challenging days.

At Occidental Insurance, Mike continues to be known for getting the best out of those with whom he works, at board and other levels. He sees his mission as bringing people together in one high-performance team that enjoys working towards an uplifting purpose and with common vision and values… the very reasons he has been asked to play his various leadership roles.

He only agrees to serve on boards of organisations with a culture of saying “no” when it is right to do so.  This ethical, responsible approach attracts and retains the best talent, whom such organisations trust, develop and empower more than others. This ethos was the theme of his presentation at the recent Africa Business Ethics Conference. His presentation was most acclaimed.

Other boards he has served as a director include Hotpoint Appliances and the African Institute for Development Policy (AFIDEP), whose prime focus is the actualisation of the demographic dividend, and where, like at Occidental, the relationship began when he helped them develop their strategic plan. This year he celebrates twenty years as an independent director of leading water and energy sector player Davis & Shirtliff, where he continues to chair the Board Audit, Risk and Compliance Committee. Purpose-driven Davis & Shirtliff featured among “The Top 25 Most Transformative Brands in Kenya” in our issue on that theme last year, and its Chair of Board, Alec Davis also features in this issue.

Mike Eldon’s role as a longtime supporter of women in leadership has been recognised by Women on Boards Network (WOBN) Kenya through him being the 1st Runner Up in their “Male Champion of Women Agenda Award”. He contributes regularly to events run by WOBN, and acts as a coach and mentor to numerous women leaders. His most recent column about women in the workplace celebrated their rising prominence in Kenya. Mike was the editor of his wife Evelyn Mungai’s book From Glass Ceilings to Open Skies, and he is currently working with her on her autobiography.

Since 2006, together with fellow management consultant Frank Kretzschmar, Mike Eldon has convened almost twenty “Leaders Circles”, at which they gather diverse leaders to share personal stories on a given theme. Past ones include “Now more than ever: sustainable living with heart and mind,” and “Setting, accepting and crossing boundaries – the story of my life,” and their most recent one was “Moments of personal transformation in my life”.

In the education sector, Mike was Chairman of the Council of KCA University, and he has served on the Council of the Kenya Education Management Institute, which is responsible for the capacity building of head-teachers and Education Officers. He has also been a faculty member of the Aga Khan University Graduate School of Media and Communication, focusing on “the voice of leadership”, and for many years was on the AIESEC Kenya Advisory Board.

Through his management consulting firm The DEPOT (The Dan Eldon Place Of Tomorrow), which he formed as a living memorial to his son Dan and whose founder chairman he became, he has worked in many sectors with both international and local organisations, and in both the private and public sectors – many of the latter through partners such as the World Bank and GIZ.

In much of his work, whether as a chairman or as a management consultant, he typically sees himself as an energy aligner, helping others to develop their non-technical skills, their emotional intelligence, so they can negotiate win-win outcomes. This implies a give-and-take culture, where consensus is built around decisions that everyone buys into and owns. His role is to act as coach and mediator, nurturing positive and ethical mindsets that allow people to enjoy working together. In doing so, his default style is to engage with a light touch, and to allow his sense of humour (which never left him even during the darkest days of Covid-19) to generate a friendly atmosphere.

In last year’s profile, Mike Eldon was identified as a pioneer for promoting ICT, including as Founder Chairman of the Kenya ICT Federation; and as a champion for modern management practices, when he was chairman of the council of Kenya Institute of Management, where he continues as an active Fellow. These positions led him to be a founder director of KEPSA, rising to be its vice chairman and until today he is as an active member of its Advisory Board.

Mike was the Founder Chairman of the British Business Association of Kenya (now the British Chamber of Commerce’s Kenya Chapter), which launched in the late 1970s.There was already an American Business Association here in Kenya (it is now called the American Chamber of Commerce), and its then leaders happily shared the contents of their constitution with Mike Eldon to inspire the one for the British association – suggesting that due to the significantly larger number associated with British business in Kenya the eligibility criteria should be made tighter.

He has been a member of the 91-year old Rotary Club of Nairobi for nearly half of its life. He was the Club’s then youngest ever Chairman in 1986, and he currently sits on its board as the adviser on leadership. As a prostate cancer survivor, he has been a vocal supporter of the need for men to get themselves PSA tested in a timely manner, including through Rotary’s Cancer Awareness campaign.

Now firmly back in the saddle following his Covid-19 pause, Mike Eldon continues to act as a positive influence on all those with whom he comes into contact.