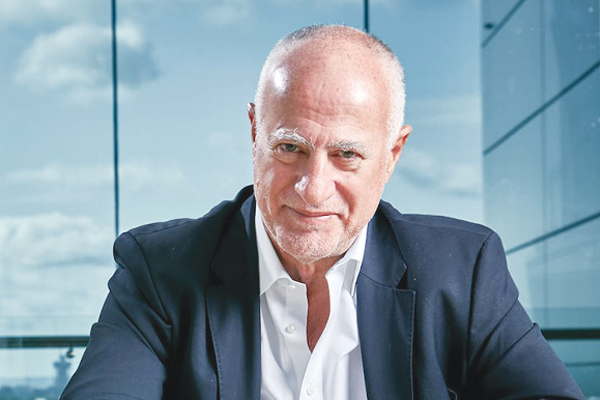 One of the executives bearing the greatest weight and responsibility to see the dream come to fruition, is Michael Joseph, the Chair of Board at Kenya Airways and Safaricom.

According to a separate article in this issue, written by Eric Tchouamou Njoya, a Senior Lecturer in Air Transport, Department of Logistics, Marketing, Hospitality and Analytics, University of Huddersfield, Airlines operating on the continent face particular challenges.

Firstly, the industry has to contend with huge disparities in economic and air transport development. There is also an uneven distribution of international air passenger traffic across regions and within countries. The traffic is predominantly centered in a few hubs in North, East and South Africa; and in the large and medium-size cities.

Other challenges include high costs of operation, market protectionism as well as safety and security concerns. In the article, Njoya posits further that there are very few profitable African airlines. In 2020, only the Ethiopian Airlines made a profit in the continent. And with financial woes compounded by Covid-19, it is likely many more airlines will go under.

He adds that two of the continent’s biggest carriers – South African Airways and Kenya Airways – are under financial stress, as a result, the two national airlines signed a Strategic Partnership Framework, formalising their plan to set up a pan-African airline in 2023.

One of the executives bearing the greatest weight and responsibility to see the dream come to fruition, is Michael Joseph, the Chair of Board at Kenya Airways and Safaricom.

According to the article, it will be on the shoulders of the private sector leadership that the partnership will succeed. Njoya adds that it will be incumbent on Michael Joseph and his board and the SAA counter parts who will have to make sure they source strong national and political will needed to see the project through. This is a herculean task but doable.

In addition to gaining the national and political goodwill, the two boards and their private sector players have to drive the agenda. According to available facts and data, Michael Joseph is fit for purpose.

Since joint ventures are the key in the future development of airline business, and Michael Joseph already has knowledge gleaned from doing business with Air France and KLM, navigating through the usual challenges in this kind of venture should not be overwhelming. After all, alliance between South African Airways and Kenya Airways would be good for a number of reasons specific to Africa, posits Njoya.

Firstly, it would help them overcome some of the existing market challenges, such as market access restrictions, increased competitions from major non-African airlines such as Turkish Airlines, Emirates and Europeans carriers.

Secondly, the alliance could take advantage of a return to pre-covid travel levels. The International Air Transport Association anticipates a full return to 2019 air traffic levels in late 2023.

And it’s estimated that air transport will grow on average by 3.2 per cent over the next decades in Africa and by 4.8 per cent if African States implement the Single African Air Transport Market.

Thirdly, it would enable them to create and encourage a market services specialisation among airline operators. Airlines may specialise on feeder services and fly destinations with smaller demand and catchment areas. An example of this type of specialisation includes the interlining agreement between Ethiopian and Airlink.

Michael Joseph is a South-African born Kenyan businessman who was the founding CEO of Safaricom and then the M-Pesa Platform. He is credited for transforming Safaricom from a department in Telkom Kenya to one of the largest corporations in sub-Saharan Africa. His media archives include headlines such as:

According to numerous media outlets, Michael Joseph is not your ordinary Chair of Board. He has faced it all, starting from a not so bright education to attend technical school before joining the South African army as young man.  “I wasn’t star in school. And in university I struggled in my first two years, “he admits narrating that he would only catch up with books later own at the Cape Town University, after a stint in a technical college to bridge his education.

From the time he came to Kenya in 2000 with five Vodafone employees starting out Safaricom in an apartment at Norfolk towers, Michael Joseph has rewritten the narrative of business success upside down.

Safaricom, he admits, is the biggest success in his life but whether he would do the same to Kenya Airways, he ponders, would be something to look at. “Can that be replicated?”  He queries, “That is not a foregone conclusion” he quickly answers himself.

He adds that the ingredients that made Safaricom successful were way different from what he is currently handling at Kenya Airways.

“You are measured by your last success. Everybody remembers me for Safaricom and MPesa, but if I fail at Kenya Airways, they will remember me for that,” he finishes.

Michael Joseph is an American national but has also obtained Kenyan citizenship after the new constitution of Kenya allowed dual citizenship.

He completed the compulsory army service for three years before joining engineering school. In 1986, he left South Africa at the height of the anti-apartheid campaign and went to the US.

Michael Joseph was the Chairman of the Kenya Tourism Board between 2012-2013 and had earlier been appointed by the President as the Chancellor for Maseno University in 2010.

MJ, as most people affectionately refer to him, has also served as the Director of Mobile Money at Vodafone Group and serves on the Boards of Vodacom Group South Africa, Vodacom Tanzania, Vodacom Mozambique.

In 2011, he was appointed as the first fellow of the World Bank to drive expansion and uptake of mobile money services across member states. In 2016, Michael Joseph was appointed Chairman of Kenya Airways.

Michael Joseph took over the Chair of Board at Safaricom PLC in 2021 with a mandate to improve customer sentiment, drive greater brand consideration and boost the company’s digital transformation agenda.