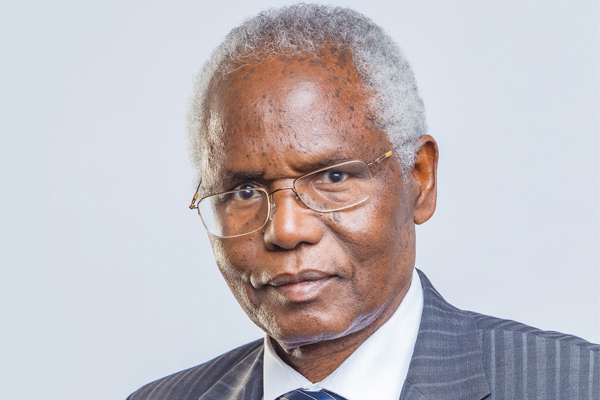 Amb. Dr. Muthaura’s tenure as Head of Public Service saw a number of strategic reforms in government and the state-owned enterprises (SOE), that earned the public service in Kenya, global awards and recognition.

CHAIR OF BOARD KENYA REVENUE AUTHORITY

Amb. Dr. Francis Kirimi Muthaura is the Chair of the Board of Directors of Kenya Revenue Authority (KRA), appointed on 22nd May, 2018.

He attended Nkubu Secondary School from 1963 to 1966 and later joined Nyeri High School from 1967 to 1968. He attended the University of Nairobi (UoN) from 1969 to 1972 and graduated with a Bachelor of Arts (BA) degree in Economics and Political Science.

He later studied for and obtained a Diploma in International Relations, also from the UoN.

He was awarded Honorary Doctorate Degrees for Diplomacy and Public Service by Kenyatta University and the Kenya Methodist University, both leading institutions in Kenya.

Amb. Dr. Muthaura has had a long career in the Civil Service. After leaving the UoN in 1972, he was appointed the District Commissioner of Mombasa District, a position he held until 1973. He was then appointed an Assistant Secretary in the Ministry of Foreign Affairs (MFA) where he had a stint at Kenya’s diplomatic Missions, first in New York and then Brussels.

He then served as an Under Secretary and Head of Economic division in the MFA before serving as Deputy High Commissioner, Kenya High Commission, London. Amb. Dr. Muthaura was then appointed Kenya’s Ambassador to Belgium, Luxemburg and the European Community. This was quickly followed by another stint at the UN offices in New York, where he served as Kenya’s Permanent Representative.

In March 1996, he was appointed the founder Executive Secretary and later the Secretary General of the East African Community, serving in the position until April 2001.

Amb. Dr. Muthaura was later appointed the Permanent Secretary (PS) in the Ministry of Information, Transport and Communications, before moving to the Ministry of Environment, Water and Natural Resources. He also served as PS for Provincial Administration and Internal Security in the Office of President.

Amb. Dr. Muthaura came with his appointment as the Head of Public Service and Secretary to the Cabinet, a position he served in with distinction for nine and half years from February, 2003 before retiring from full time public service.

Among his major achievements is his sterling service as the Chair of the Steering Committee of Permanent Secretaries that formulated the Kenya Vision 2030, which aims to transform Kenya into a newly industrializing, middle-income country providing a high quality of life to all its citizens by 2030 in a clean and secure environment.

Amb. Dr. Muthaura’s tenure as Head of Public Service saw a number of strategic reforms in government and the state-owned enterprises (SOE), that earned the public service in Kenya, global awards and recognition, including at the United Nations In New York, NY, US. This era ushered in the Performance Management in Public Service, with performance contract introduced for organisations and public servants. It befits him to be referred to as the father of transformation of the Public Service in Kenya.

In tow understudying and supporting Amb. Dr. Francis Muthaura was a battery of distinguished and highly polished and respected deputies, including Sam Mwamburi Mwale, his immediate deputy and PSs Titus Ndambuki, Benjamin Dubai, Bitange Ndemo, Joseph Kinyua and Eng. Cyrus Njiru, among other rare pedigree of civil servants. The media always referred to these distinguished sons of Kenya as PSs like no other.

He also chaired the Committee that conceptualized the Lamu Port, South Sudan, Ethiopia Transport (LAPSSET) Corridor, where he later served as the Chair of Board when it was constituted as a development authority.

His other Honorary awards include Moran of the Order of the Burning Spear (MBS) and Elder of Golden Heart (EGH) for distinguished service in Public Service. In 2015, he was conferred with the Gold Award by the African Association of Public Administrators and Management in Casablanca, Morocco.

He has previously served as a Chair of the Board of BRITAM Holdings and the Meru Social and Economic Council (MESC).

During his tenure at LAPSSET Corridor Authority, Amb. Dr. Muthaura oversaw the launch of the Construction of the Lamu Port Project, which has currently started operations, facilitating trade, promote regional economic integration and interconnectivity in the East African sub-region and the Great Lakes region.

While at the Kenya Revenue Authority (KRA) Amb. Dr. Muthaura has led the institution in several structural and systemic reforms that has enabled the KRA in surpassing its overall targets, year on year, including in the Financial Year 2020/2021. This was the first time KRA had surpassed its target in eight (8) years from the year 2013/2014 and continuing to sustain upward revenue collection trajectory.

For instance, for the first half of the Financial Year 2021/2022, KRA recorded an above-target revenue performance by collecting Kshs. 976.659 Bn against a target of Kshs. 929.127 Bn. Customs, Domestic, PAYE and the VAT collections were all above targets.

He is also involved in philanthropic work. In 2014, he established the Ambassador Francis K. Muthaura Foundation which operates as a Charitable Trust for the purpose of promoting the advancement of education by providing scholarships and grants to needy Kenyan citizens engaged in Post Graduate study in any university in the Republic of Kenya in the fields of International Law, International Relations, Diplomacy, Regional Integration, National Cohesion and Leadership, all academic disciplines Amb. Dr. Francis Muthaura has had unrelenting passion for.