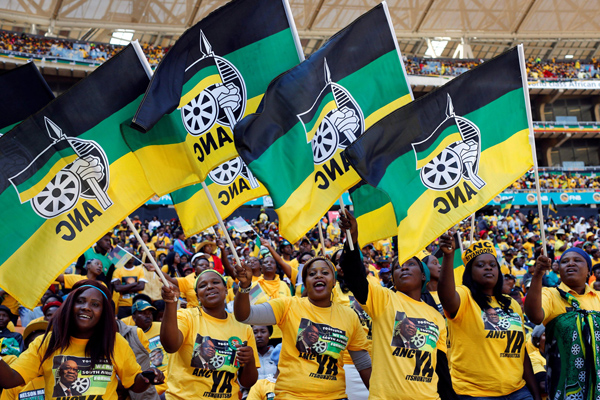 Morality shapes people’s lives, including their thoughts and actions, on the basis of what society generally accepts as right and wrong. It is used to check people’s “self-interested, emotional, or sentimental reactions to serious questions of human conduct”.

Since the African National Congress (ANC) came to power in South Africa in 1994, it has been dogged by corruption and abuse of power.

These “sins of incumbency” – the seduction of politicians and public officials by power and their abuse of it for their own ends – became endemic during former president Jacob Zuma’s term (May 2009 to February 2018).

The details coming out of the Zondo commission of inquiry into state capture have shown how deeply this has taken root. Can the governing party dig it out?

The ANC passed a resolution on how to deal with dishonesty in its ranks at its 54th national conference in December 2017.

Our mission is to share knowledge and inform decisions. It resolved that any of its cadres “accused of, or reported to be involved in, corrupt practices are to account to the Integrity Committee immediately or face disciplinary processes”.

It added that those who fail to give an acceptable explanation or to voluntarily step down while they face disciplinary, investigative or prosecutorial procedures were to be summarily suspended.

The party’s integrity commission was established in 2013 to be the custodian of this moral stance, after a series of scandals that damaged its public image.

On a path to political morality?

This, followed by the adoption of the anti-corruption resolution and election of Cyril Ramaphosa as president of the ANC, and of the country, created optimism that, finally, the party was set to mend its ways.

That was easier said than done. Three years later, the resolution is embroiled in controversies, pitting the ANC’s factions against each other. The biggest test came last November, when the party’s secretary general, Ace Magashule, was charged with corruption and appeared in court.

He defied the integrity commission’s call on him to step aside, insisting that only the party’s branches could make that demand. His loyalists pushed back against the resolution while those aligned to Ramaphosa supported it. The matter became embroiled in legalistic arguments about whether his stepping aside would be just and in keeping with the ANC’s constitution, and that of the country, or not.

But this misses the point in that it conflates morality and the law. It will scupper the resolution, robbing the ANC of a chance to clean up its act. If the distinction between morality and legality is blurred, the resolution could be mired in misconceptions.

Morality versus the law

Morality shapes people’s lives, including their thoughts and actions, on the basis of what society generally accepts as right and wrong. It is used to check people’s “self-interested, emotional, or sentimental reactions to serious questions of human conduct”. This is what enables people to coexist.

The law, which the legal scholar Arthur Scheller Jr defines as “an ordination of reason for the common good”, is a system of rules that prescribe behaviour and is enforceable.

Various formations in society, such as political parties, may have their own laws or rules to regulate the conduct of their members. But such rules should not contradict the supreme law of the land – the constitution – especially in a constitutional democracy founded on the principles of the rule of law.

Morals and laws are not binaries. They complement each other. When the law enhances moral conscience and morality promotes legal consciousness, people can live together harmoniously and ethically.

The confluence of morality and law is what makes for a good society. This is what the ANC fails to grasp. It uses the law to stymie its own resolution, which is basically about the party reclaiming its political morality.

Instead of those who run afoul of the resolution stepping aside, contrasting legal opinions are sought. They don’t provide clarity; they cloud a resolution that has all along been clear.

As the American sociologist Robert MacIver once said, ‘to turn all moral obligations into legal obligations would be to destroy morality ‘.

Subjecting the ANC’s “step-aside” resolution to legal interpretation ignores the context that gave rise to it, and its aim of restoring morality within the party. That is imperative if the ANC is to regain trust in society and win votes.

Sticking to the legal principle that one is innocent until proven guilty, just to keep those who flout the resolution in office, misses the point.

The guilt or innocence of a person is a function of a juridical process or law. That they should step aside is a moral stance. It is also for this reason that the party established its integrity commission, whose mandate is to protect the image of the organisation and enhance its standing in society by ensuring, among others, that urgent action is taken to deal with public officials, leaders and members of the ANC who face damaging allegations of improper conduct.

The commission cannot pronounce on the guilt or blamelessness of a person, but on political morality, a function of moral conscience and consciousness. Unfortunately, it is becoming difficult for some in the ANC to appreciate this. Indeed, as the American political activist Upton Sinclair once said: ‘it is difficult to get a man to understand something when his salary depends upon his not understanding it ‘.

The conflation of morality with legality has obfuscated a resolution that led many corruption-weary South Africans to believe that the ANC, which fancies itself “the leader of society”, was set on a new path of moral political rectitude.

Building organisational integrity requires that party leaders be guided by their moral conscience. These should shape the party’s moral disposition in line with its values and principles to achieve its purpose, which has always been about the common good.

Changing the party’s rules to make the integrity commission’s recommendations binding is not going to make party leaders and members internalise morality. What the ANC needs is genuine commitment to institutionalise ethical leadership among all in its ranks.

This article was originally published on The Conversation on February 4, 2021.