Why awareness is critical in the fight against illicit trade. 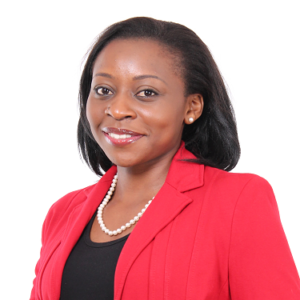 The challenge of global illicit trade networks is that they have an ever-growing sophis-tication and a tenacity that many legal structures can only envy. These networks infiltrate many economies through various loop-holes and in our own case, those loopholes have led to burgeoning cartels in different parts of the coun- try, having an unfair advantage in the market. The unintended consequence of free movement of goods and services is that it has made it possible for illicit trade to thrive especially in places where regulatory framework is not strong enough. Illicit trade is like a virus that enters the body from the weakest or least protected part – once it is in, it spreads rampantly, affecting all organs. Illicit trade networks flourish through weak links in the global economy. Despite the time and resources that businesses and governments put into protecting local industries, the counterfeit market continues to boom.

According to the World Economic Forum, illicit trade takes away about $2.2 trillion from the global economy, which is nearly 3% of the world’s economy. In Kenya, illicit trade is a huge impediment towards realizing our economic goals as a country. Its effects on the economy and the well- being of citizens are far reaching. First, illicit trade puts the lives of
citizens at great risk as counterfeit and substandard goods, or worse, dangerous goods infiltrate the market. According to the World Health Organization, substandard and fake antimalarial medicines alone cause more than 100,000 deaths per year in Sub-Saharan Africa.

Secondly, the vice eats into the market of legit products, in turn, manufacturers either cut down their
production or close down shop as they cannot compete. This leads to job losses and a shrinking manufacturing sector due to unfair trade practices. Third, government losses huge portions of their national revenues as counterfeit products evade tax. To top all the above, there is loss of government revenue which dilutes
the government’s ability to provide social protection for its citizens. To win the fight against illicit trade, we must continue to promote partnerships amongst stakeholders and create awareness on the vice. In line with this, the government launched the National Action Plan
for Combating Illicit Trade in June 2019. The strategy seeks to ensure agencies tasked with combating illicit trade have the required capacity and they leverage their synergies with other partners to realize meaningful impact in the war against illicit trade. The Government’s efforts to combat the vice have continued to bear fruit. The Anti-Counterfeit Authority (ACA) seized counterfeit goods worth Ksh 590 Million between July
and December 2018 compared to Ksh. 149 million in FY 2010/2011.
Following the establishment of the Multi – Agency Enforcement Team against Illicit Trade, ACA seized goods worth Ksh 13.5 Billion between May and September 2018. This demonstrates the importance of collaborative efforts between industry and government agencies in this fight. One sure way to sustain this is to urgently criminalize the vice in order to send a strong message to
the criminal networks, clipping their growth. A special court to fast track the rulings associated with these crimes should be established, and an immediate review towards stiffer sentences and penalties.

One sure way to sustain this is to urgently criminalize the vice in order to send a strong message to the criminal networks, clipping their growth

Inadequate awareness and reluctance to purchase original goods – which are normally expensive in comparison to counterfeit products – have also been attributed to a thriving illicit trade. Creating awareness to the public on the effects of illicit trade will ensure that they lower their demand for
counterfeits once they understand the dangers of these products. On the other hand, creating awareness to enforcement officers across all relevant agencies and counties will deter the proliferation of illicit goods in the market. Industry has continued to create awareness on the vice. Kenya Association of Manufacturers partnered with the Judiciary in 2015 to develop the Enforcement Manual to Combat Illicit Trade, which comprises of all available laws meant to combat illicit trade, and conduct awareness forums for all enforcement officers across the entire justice chain. Such initiatives will ensure that we raise awareness on illicit trade at the national and county levels (cross border operations) and sustain proactive enforcement against illicit trade in the country. As we seek to realize our development goals, we must secure the health and safety of our citizens and drive industrialization. The time is now.

NextUnderstanding the economic cost of corruption in KenyaNext