Where the UK government is going wrong in its coronavirus messaging, according to a marketing expert 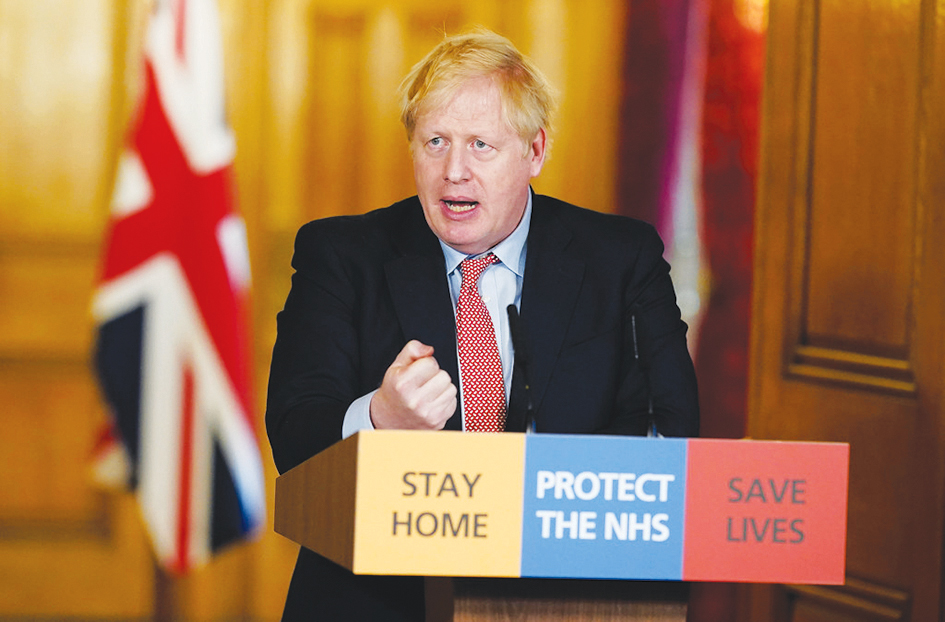 Government coronavirus advice has failed to follow this simplicity rule. The most recent advice promotes the “three simple actions we must all do to keep on protecting each other”, which are to “wash hands, cover face, make space”. So far, not too bad.

By Sally Dibb, Professor of Marketing and Society, Coventry University.

The UK is at a “perilous turning point” in the pandemic, with case numbers returning to levels seen in the spring and the threat of a second nationwide lockdown on the horizon.

Public health measures will be crucial to controlling this second wave, but these “will only work if people comply,” prime minister Boris Johnson has stressed. “It falls to each of us and every one of us to remember the basics,” he said. “Wash our hands, cover our faces, observe social distancing – and follow the rules.”

But widespread confusion over the government’s advice is threatening public compliance. The use of complex, confusing and ever-changing coronavirus messaging is partly to blame.

To cut through this confusion, clearer and more consistent messaging is needed. The government therefore should apply the principles that commercial organisations use when communicating about their brands to create more effective messaging.

The best messages are clear, succinct and easy to remember.

People like slogans that are meaningful—offering an exposition of how whatever is being advertised will benefit them—and that have a clear message, while short slogans that roll off the tongue can be easier to recall. Well-known examples such as “The Ultimate Driving Machine” (BMW), “Think Differently” (Apple) and “I’m lovin’ it” (McDonald’s) all follow these rules.

Government coronavirus advice has failed to follow this simplicity rule. The most recent advice promotes the “three simple actions we must all do to keep on protecting each other”, which are to “wash hands, cover face, make space”. So far, not too bad.

But less good is the instruction to “not meet in groups larger than six”, especially as it is followed with an obscure caveat: “with some limited exceptions”. These are just the latest of many, many such messages, the clarity of which are further obscured by numerous local, regional and national variations.

Strong brands use repeated and uniform messaging. They offer a single version of the truth and are based on a central theme, which is the foundation on which subsequent brand messages build. The audience is able to easily understand how all of these messages are connected.

Such messaging is unremitting and can be surprisingly hard to shift, even when the world (or brand) has moved on. Who of a certain generation could forget that Heineken “refreshes the parts other beers cannot reach” or that Midland was “the listening bank”?

The UK government has deployed many different messages over the past six months. Author provided

Government coronavirus messaging has not followed this principle. It lacks a central foundational theme and has been consistent only in its inconsistency.

In England, the focus has shifted from personal hygiene, to safeguarding the NHS (“stay home, protect the NHS, save lives”), to remaining alert (“stay alert, control the virus, save lives”), to the size of social groups (“the rule of six”). It’s now returned to a new version of the NHS theme – “save lives, protect the NHS and shelter the economy”. And again, the confusion is compounded by different messaging variations in each of the four nations.

Of course, as the situation changes, the government’s messaging needs to evolve. But underneath this, there needs to be a common thread that ties everything together.

Repeatedly exposing the target audience to the messaging is vital. But not all groups can access messages in the same way. Branding experts deal with these differences by choosing different channels to fit the needs of specific audiences. For example, the BBC News brand targets a broad audience and so is offered through television broadcasting and also online and via its app.

In any national public health emergency or crisis, accessing the population is key, and reaching the vulnerable, the marginalised and the digitally excluded can be challenging. While the vulnerability of the elderly, those with disabilities, people with certain health conditions, and BAME communities has been widely reported during the pandemic, on-the-ground evidence of specific channels being used to target these groups is more limited. The government has been quite slow to put out messaging on non-English channels, for example.

4. Deliver on promises made

To become strong, a brand must meet an expected quality standard and consistently deliver what customers expect. Quick action is needed if things go wrong, to maintain customer loyalty and protect the brand from damage.

The public expects a similar quid pro quo from the government in exchange for following the coronavirus rules. Restricting people’s liberty during lockdown was justified on the basis it would keep them safe from the virus. Yet high numbers of cases and deaths have led to questions about whether the government’s approach has delivered.

Public trust has also been eroded by politicians’ inability or unwillingness to swiftly rectify mistakes, as the Dominic Cummings debacle has shown. These matters, because trust in those who set policy is known to influence public compliance, which is critical at this juncture.

Of course, the constantly changing situation means the task the government faces is highly complex. Developing effective messaging for a brand is arguably more straightforward. Yet even well-known brands face turbulence and must evolve over time to survive. But while a good brand has a strong central theme on which to build, these foundations have largely been absent from the government’s coronavirus messaging.

At this perilous turning point in the pandemic, the government should consider this sort of strategy. It needs to assemble a compelling campaign from its existing messaging, to drive the public compliance needed to beat the virus.