Understanding the political economy of maize in Kenya 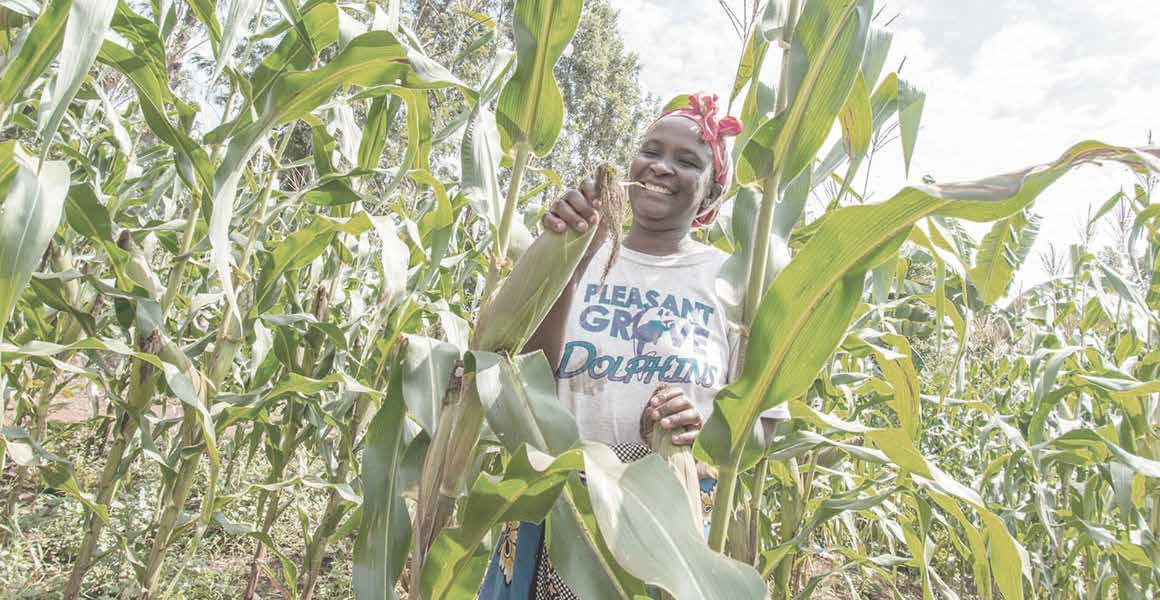 This year’s projected production is unlikely to hit the 40 million target. Given this, there is an on-going debate on whether to import maize from outside the East African Community region to plug the gap

Maize is the cheapest source of calories among the cereal grains, making up about 65% of total food calories consumed by households in Kenya. To meet this demand, maize is produced on 40% of the total crop area – mainly by smallholders. Kenya’s annual production tar-get has been 40 million bags or approximately 3.6 million tons. However, over the past decade, the average production has been well below 40 million bags, with the exception of 2012, 2013, 2015 and 2018. Last year saw the highest pro-duction of 46 million bags.
At the same time, demand is growing driven by population growth and stands at above 50 million bags in 2019. It has been projected to reach 60 million bags by 2025. The gap between demand and domestic production has placed maize at the centre of the food secu-rity debate. This year’s projected production is unlikely to hit the 40 million target. Given this, there is an on-go-ing debate on whether to import maize from outside the East African Community region to plug the gap. 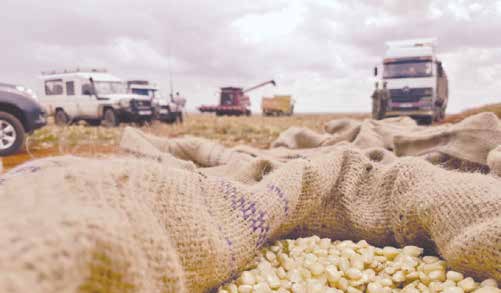 Importing from within East African Community is the first log-ical step in view of a 50% common external tariff designed to protect local producers. However, countries can seek exemption and import duty free from elsewhere when a pressing need arises. Kenya also has a total ban on GMO products meaning that it can only import from GMO free countries.
The import debate has increas-ingly taken a political tone with politicians from maize producing regions in Kenya totally against any imports. They argue that imports would likely depress producer prices in the middle of the main season for harvesting. Farmers usually sell immediately after harvest.
But government’s response is that there’s a need to import given the expected shortfall. It is my position that a key sticking point is contested data, with different stakeholders providing different numbers that support their arguments. The Ministry of Agriculture is the institution mandated to generate data on food security. But it has capacity gaps and doesn’t do this well.
Tegemeo Institute, where I work as a research fellow, is recognised as a credible source of data in agri-culture. However, the Ministry of Agriculture can decide whether or not to use the data, which it does on and off.
The current debate is stirred by interests among the political class, elite business people. The use of evidence is not in their interest.

The production landscapes
Policies on maize have always been contested in a market characterised by lobbying from farmers, millers, and consumers.
Ideally, farmers and millers will make a reasonable profit and consumers will get affordable prices. But the Kenyan case is far from ideal. Farmers have perennially agitated for higher prices due to high production costs. In response, government has intervened by setting maize prices, usually above market rates, for the strategic food reserve. The strategic food reserve was set up to stabilise food supply and food prices.
On the other hand, consumers want to buy cheap maize flour, squeezing the government between producer and consumer demands.

The size of the deficit matters because it determines whether maize can be imported from outside the East African Community. Like Kenya, other East Africa Community countries also experienced bad weather. 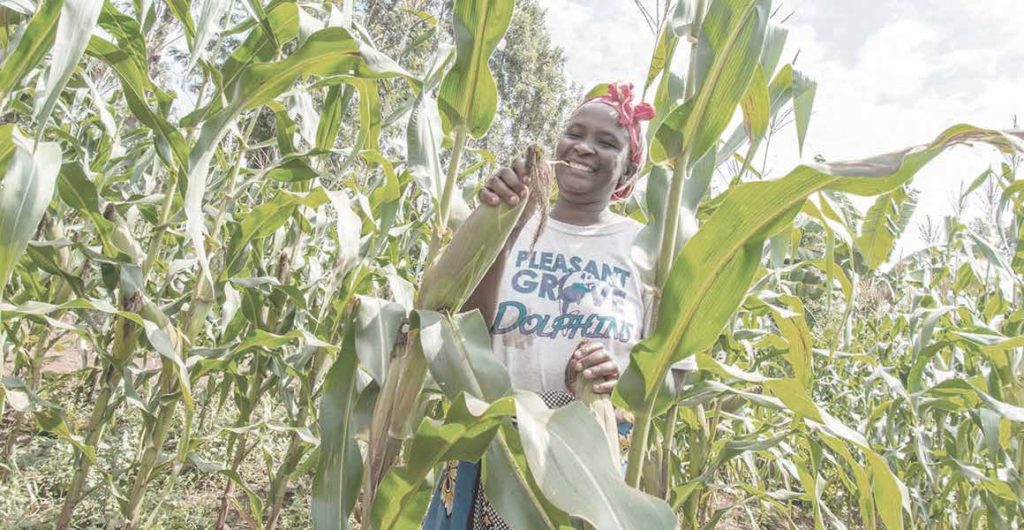 Challenges galore
Despite the importance of maize, productivity has stagnated and is now about only 1.6 tons/ha, leaving Kenya trailing behind other maize producers on the continent. Ethiopia, for example, is twice as productive, with a productivity of 3.7 tons/ha. Ethiopia managed to attain high productivity through improving access to extension services, use of modern inputs and improving rural infrastructure.
The productivity of Kenyan maize farmers has stagnated because farm sizes have declined to uneconomical sizes. This has mainly been caused by population increase and urbanisation, which have led to increased land subdivisions in rural areas. In addition, Kenya’s soil quality is declining while smallholder farmers often plant unsuitable varieties, have low use of complementary inputs, and sub-optimal use of inorganic fertilizers.
Added to all these are the effects of unpredictable and unfavourable weather patterns compounded by limited access to water for irrigation, and increased pest and dis-eases prevalence such as the Maize Lethal Necrotic Disease and Fall Army Worm. Most farmers rely on public sector extension systems. Without access to proper extension services, Kenyan farmers have no access to information on how to improve productivity.
There are also market failures, exemplified by the poor distribution between deficit and surplus regions. This means that the market is unable to signal or provide incentives for traders to address supply issues. This implies that the government must intervene to correct the market failure.
Yet there is little to show for government attempts at resolving these issues over the years. Key interventions in the past included a fertiliser subsidy, food subsidy, and producer price support. A task force appointed last year to find solutions to the challenges has yet to present its report.

Is there a deficit?
In the latest controversy, millers have accused farmers of hoarding maize to drive prices higher, a claim which farmers reject. Farmers and millers disagree on what is the level of maize held in storage.
More alarming are the different positions taken over the avail-able maize stocks by the Ministry of Agriculture and the Strategic Food Reserves board, two institutions key to maintaining food security in the country. Institute show that the country has enough stocks to get to the start of the harvest period in 2019, even under the most pessimistic scenario. The harvest is now expected to be in August rather than July because of delayed rains.
The outlook suggests a deficit for the full season. Government recently estimated the deficit at 12.5 million bags while clarifying that it has not authorised any importation. The ministry is doing the right thing in terms of preparedness based on recent history. However, this pronouncement was met with scepticism especially by political leaders from the maize producing regions who have insisted the data is inaccurate.

The size of the deficit matters because it determines whether maize can be imported from outside the East African Community. Like Kenya, other East Africa Community countries also experienced bad weather. Their production is expect-ed to be below normal production. However, early indications are that Tanzania has sufficient stocks to fill the deficit that Kenya faces. Moreover, additional stocks could come from Uganda.

When to import
It is only after factoring in the inflows from the region that a decision can be made whether imports from out-side the region are needed. And such a decision should be guided by three principles. First is verifiable data on the deficit, second is the timing of the importation which should not coincide with the harvesting season in Kenya and, third, is to ensure decisions to import should not be delayed until the stock in the country is depleted.
Finally, all these decisions and processes should be transparent. This would include making public the importers and volumes permit-ted for importation.

PrevPreviousIs it good for you to be good?
NextWestern countries take sides in Kenya’s maritime row with SomaliaNext