Uganda takes another step on e-payments path: Five things you should know 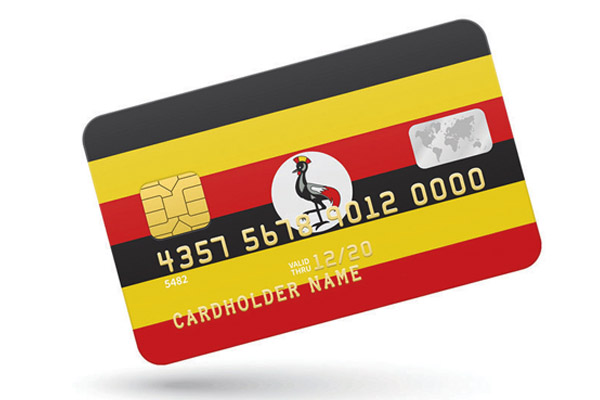 With the advent of Covid-19 and ensuing restrictions on physical contacts, e-payments have been widely embraced.

Long periods of limited physical contact under COVID-19 lockdowns triggered new interest in alternative payment methods beyond existing options. The Bank of Uganda is among institutions that have taken steps to promote a shift towards a cashless economy. It recently ordered commercial banks to reduce by 50% the maximum amount customers can transact by cheque – from an upper limit of US$5,500 to US$2,750 – starting January 15. This move reflects a slow-rolling process across East Africa towards electronic payments. Mercy Muendo has studied information technology and law. We asked her to unpack five key points in the Bank of Uganda’s move.

These are electronic payments for transactions made on the Internet. From a legal standpoint, it’s any form of payment made on the internet and conveyed via the internet.

With the advent of Covid-19 and ensuing restrictions on physical contacts, e-payments have been widely embraced. This has become a key catalyst in the ongoing shift towards a ‘cashless society’, a state when the economy no longer relies on notes and coins.

Traditional electronic payments entail the use of cards, real-time gross settlement system and electronic funds transfer (EFT). These require linking of transactions to physical bank accounts. Modern forms of e-payments include mobile money, and use of third-party platforms.

Thanks to the invention of mobile money, many people have embraced e-payments. Third party platforms such as Pesapal, PayPal and Stripe, have also offered people alternative to the use of debit or credit cards.

A study revealed that, by 2018, only 28 per cent of Ugandans had bank accounts. The rest were literally unbanked and dependent on cash and barter. This had made transition away from cash much harder.

In 2020, Uganda passed the National Payments Systems Act that governs electronic payment services. The Act seeks to safeguard consumers from harm that may arise from use of e-payment platforms.

It requires all electronic service providers to apply for licences, and have a physical trust account or minimum account balance. It also provides for regulatory sandbox framework for new entrants into the industry.

A sandbox is a temporary licence that allows a new entrant to test innovative payment before meeting all the market operation requirements. If the central bank feels that the product is harmful to the public, it can revoke such a licence.

It’s still too early to say what effect the law has had.

In December 2020, the Ugandan mobile market reached US$46 billion. The Bank of Uganda data indicates that commercial banks accounted for 58% of the mobile transactions (USh93 trillion or US$26.7 billion), a growth from zero in 2010 and US$12.5 billion (USh43 trillion) in 2016.

This is a clear indication that the segment is fast expanding in the economy.

In neighbouring Kenya, the transition away from cash is well advanced. The country is the e-payment revolution leader in East Africa. Official data shows a heavy reliance on mobile money during the COVID-19 lockdown. Total mobile money payments (transfers and e-commerce) almost tripled, from US$5.1 billion (Ksh5.1 trillion) in 2016 to US$14.6 billion in 2020.

3. Why are central banks encouraging the switch?

Central banks have the role of maintaining trust in the financial sector, overseeing transactions and curbing crimes such as money laundering. E-payments make it easy for banks to keep trail of transactions. Cash transactions traditionally involve a lot of paper work, and have to be verified through a number of entry documents.

For e-payments, the transactions are recorded in real time. One can also trace them via data interchange, commonly known as the mobile money or bank money transfer.

Another driver is financial inclusion. This means mass access to affordable products for transactions, payments, savings, credit and insurance. According to the World Bank Group, e-platforms have the potential to lower costs by maximising economies of scale. This increases speed, security and transparency of transactions. It also allows for evolution of tailored financial services that serve the poor.

In Kenya, a Central Bank report shows that access to formal financial services and products expanded, from 26.7% in 2006 to 82.9% 2019. That growth was mainly due to innovations like mobile money and mobile banking, states the report. It adds that access to formal financial services went up to 83.7% in 2021 “as a result of the effects of the evolving Covid-19 pandemic”.

Banks are also increasingly turning to electronic platforms as a cost-cutting measure. Costs such as staffing, maintaining ATMs and security that go with physical branching, are avoided.

4. How have other countries promoted the switch?

The quest for e-payment—and a cashless society—has gained momentum in Africa. A number of countries have introduced policies that discourage cash transactions and drafted regulations that protect e-platform users from overcharge, fraud and cyber-attacks.

Rwanda, has a national payment system strategy that seeks to achieve a cashless economy by 2024. I would say that Rwanda is on the right track after it brought the private sector on board. The value of Rwanda’s mobile payments grew nearly seven-fold, from US$1.78 billion (FRw1.8 trillion) in 2018, to US$7.085 billion (FRw7.1 trillion) in 2020.

Elsewhere, South Africa has already banned cheques, and has a policy to guide its steps to becoming a cashless society by 2030.

The shift to e-payment platforms comes with a whole network of intermediaries that act as facilitators of transactions. These parties rely on embedded chips, magnetic stripes and touch pads, which are vulnerable to hacking and other forms of cyber-attacks.

The involvement of many intermediaries also exposes users to crimes such as fraud and money laundering, especially where the market is not regulated properly.

For instance, Interpol Uganda reported that Ush14.4bn was lost in the year ending December 31, 2021, due to cyber-attacks.

Most of these were insider attacks, arising from hacking and siphoning of mobile money from double SIM (subscriber identity module) cards. These are classified as insider attacks because they normally originate from the phone SIM card industry.

This article was originally published on The Conversation February 22, 2022

PrevPreviousThe story of how Swahili became Africa’s most spoken language
NextFor workers in Africa, the digital economy isn’t all it’s made out to beNext