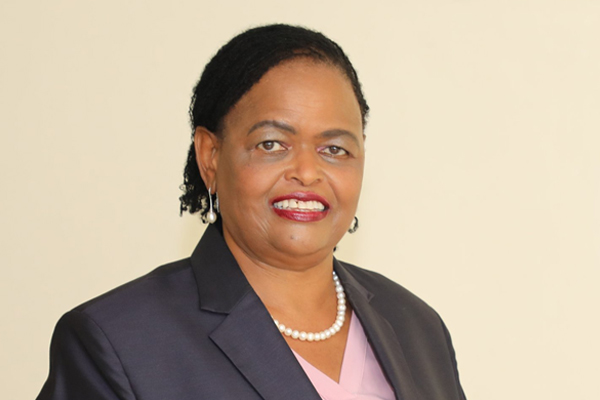 Lady CJ Martha Koome’s exemplary track record in expediting the administration of justice and in particular, clearing of case backlogs, a perennial challenge, if not an excuse affecting the Judiciary, works in her favour, as she takes the helm as the head of the third estate in Kenya.

CHIEF JUSTICE AND PRESIDENT OF THE SUPREME COURT

Lady Justice Martha Koome’s historic appointment as Kenya’s first female Chief Justice (CJ) and President of the Supreme Court is a giant step forward in the push for greater efficiency and reforms in the higher ranks of the Judiciary.

The accomplished court of appeal judge since her appointment on January 2012, who beat off stiff competition from nine other formidable candidates, including fellow judges, prominent lawyers in private practice and law scholars, has built an illustrious career in the legal profession spanning 33 years. Prior to her appointment to the Court of Appeal, Lady CJ served as Puisne Judge for over eight years.

In the same year she was appointed as Court of Appeal Judge, she was elected the Chairperson of the Kenya Magistrates and Judges Association.

In 2016, she was among the female candidates shortlisted by the JSC for the Deputy Chief Justice position.

From the look of things, the new CJ was calm and confident during her four-hour televised interview conducted by the Judicial Service Commission (JSC) on April 14, 2021, earning her the admiration of many Kenyans who followed the interviews live on national TV and online, leading to her unanimous nomination on April 27, 2021 by the JSC as the country’s 15th CJ and the third under the 2010 Constitution.

Lady CJ Martha Koome’s record on children and gender rights in particular and her role in drafting Kenya’s 2010 Constitution, in particular the Bill of Rights, stood out. The Bill of Rights outlaws discrimination against women, allow children to derive citizenship from their mothers for the first time and limits discriminatory customary laws on women’s property rights.

In addition, Lady CJ Martha Koome’s exemplary track record in expediting the administration of justice and in particular, clearing of case backlogs, a perennial challenge, if not an excuse affecting the Judiciary, works in her favour, as she takes the helm as the head of the third estate in Kenya.

After studying law at the University of Nairobi and graduating from the Kenya School of Law, she was admitted to the Bar as an Advocate of the High Court of Kenya in 1986 and started her career as a legal associate before starting her own firm in 1993 where she was the managing partner until joining the bench in 2003.

The new Lady CJ cut her teeth in private practice representing very sensitive political detainees such as former Prime Minister Raila Odinga, when he was opposing repression under the late president Daniel Arap Moi in the 1980s and 90s, cases that the faint hearted of lawyers would not touch those days. Lady CJ Koome also had a test of judicial activism as one of the young and courageous lawyers involved in the clamour for multi-partism by campaigning for the repeal of Section 2A of the constitution which made the country a one-party state. She has consistently campaigned for the independence of the judiciary.

Keen on influencing the legal profession in Kenya more actively, she served as a council member of the Law Society of Kenya (LSK) between1993-1996 and as the inaugural treasurer of the East Africa Law Society between 1994-1996.

During her tenure at the Law Society of Kenya, she took a leading role in constitutional and legal reforms, and was part of the constitutional review process as a delegate at the Bomas of Kenya, where she co-chaired the thematic area on the Bill of Rights.

Lady CJ Martha Koome is a founding member and was Chair of the Federation of Women Lawyers (FIDA), one of the leading human rights organizations in the country. She championed the establishment of the family division of the High Court, as well as the enactment of laws to protect the property rights of women in marriages and family and the equal treatment and rights for all children. Lady CJ is an acclaimed expert in family law and takes a keen interest in the welfare of children. In 1995, for instance, Lady CJ was appointed by the African Union meeting of heads of state as a Commissioner to the African Committee on the Rights and Welfare of Children.

She has also served as the Chairperson of the National Council on the Administration of Justice special taskforce on children matters where she helped steer the review of the Children’s Act.

After more than a decade in private practice, Lady CJ Koome joined the bench in 2003 following her appointment to the High Court by former President Mwai Kibaki. For the next eight years, she headed the land and environmental courts in Nairobi and was a resident judge in Nakuru and Kitale before serving in the commercial and family divisions of the High Court in Nairobi. While at Nakuru and Kitale she was able to clear massive backlogs of cases at a fast pace not witnessed before in courts Kenya and Africa as a whole.

Lady CJ led the Nakuru Law Court in starting a Court User Committee which is now a structure acknowledged in the administration of justice. She also ensured litigants in far-flung areas of Kakuma and Lokichar got justice as she operated mobile court stations to make it easier for witnesses who traversed many kilometers to come to court in Kitale.

“I used to go to Kakuma myself where witnesses were not able to come and I covered that entire bordering frontier that covered Uganda, South Sudan and Ethiopia. I was able to foster partnership with development partners and I am proud my efforts resulted in the construction of a Court station in Kakuma working closely with UNHCR,” said the soft-spoken Lady Justice during her nationally televised interview with the JSC panel.

Lady CJ Martha Koome obtained her Master’s in Public International Law from the University of London in 2010. Two years later, she was promoted to the Court of Appeal in 2012. Her first major decision on the appellate court saw her break ranks with her four colleagues on the bench hearing the appeal on the date of the first elections under the new Constitution.

One of her hallmarks at the Court of Appeal, is her sharp focus on expediting the administration of justice. Along with her fellow judges in the central town of Nyeri, she has been applauded for clearing a five-year backlog of cases.

Justice Koome’s achievements have won her supporters in Kenya and around the world. Last year, she was honoured as a UN Kenya Person of the Year runner-up in 2020 for her advocacy to improve the legal rights of women and children in the justice system. She has also been an active and long-standing member of the International Association of Women Judges – Kenya Chapter, which focuses on access to justice for women and children.

She is a certified trainer on human rights by the International Institute for Justice in Malta, the Commonwealth Secretariat, and the International Women Judges Association. In this role, she has trained many including as a visiting lecturer at the Judicial Training Institute and Strathmore University.

Interestingly, for someone with so many remarkable achievements, Lady CJ Koome has also had her fair share of disappointments. She applied twice for the deputy CJ position – the latest being in 2016 when Justice Philomena Mwilu clinched the position – and did not get it. Had she given up then, she would have today not been Kenya’s top jurist.

Obstacles and challenges, it appears, don’t dampen Lady CJ Koome’s spirits but rather embolden her to try again. A wife and mother of three, Lady CJ Koome comes from very humble beginnings. She defied the circumstances and showed great promise in school, topping her class at Mugoiri Girls High School before proceeding to the University of Nairobi.

“I grew up in a humble peasant family. We were 18 children. My father was a polygamist and I was my mother’s eighth child. My leadership orientation started early, I started mimicking my mother to see how I could help reduce the burden. Because of her commitment, I was able to go to school and reach where I am today. That training grounded me well,” she told the JSC panel during her interview.

Justice Koome has been a role model and a keynote speaker in many forums mostly advancing the values of family and sharing her own experiences of how to balance career growth, work and family.

That is Lady CJ Martha Karambu Koome, a Chief Justice with the intellect, presence, gait and the walk expected of a Chief Justice. Her appointment is seen as a boon for reforming the business environment in Kenya that is currently weighed down by the slow wheels of justice.