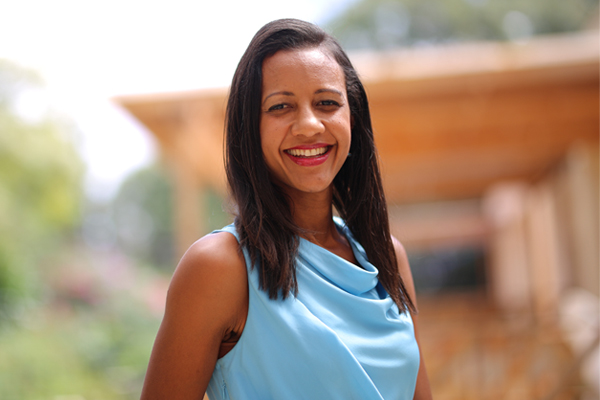 As a serial entrepreneur, Isis Nyong’o has leveraged her deep operating experience to start two companies that leverage technology to address pressing problems for African women.

Now, more than ever, female career professionals and entrepreneurs are rising to leadership positions across Africa. Championing this shift are established business leaders like Isis Nyong’o Madison. As a Principal at Asphalt & Ink, Isis advises global and local clients including corporations, investors and foundations on their Africa strategies. The demand for this type of highly localized expertise is growing as trade and investment into and within the continent accelerates.

As a serial entrepreneur, Isis has leveraged her deep operating experience to start two companies that leverage technology to address pressing problems for African women. Founded in 2017, WomenWork is a digital network of ambitious women focused on reaching their potential through a unique mix of programming the platform provides. WomenWork not only provides a platform for networking, but also collaborates with like-minded global and local partners to provide funding, professional and business skills training.

Founded in 2015, MumsVillage (now part of the Bliss Group led out of Nigeria) is a digital media and ecommerce platform that provides mothers with access to information and products.

Prior to this, the renowned technology and media leader held notable leadership positions on the founding Africa teams at Google, InMobi and MTV.

Through her partnership role at Google, she was instrumental in building the foundation of the digital economy in Africa focusing on structuring private sector partnerships that increased user access to and interest in the Internet while also advocating for public policy change. The widespread use of products such as Youtube and Google Maps across Africa today are a testament to the impact of her work.

In her general management role at InMobi she pioneered mobile advertising in South Africa, Nigeria and Kenya. And in her commercial role at MTV, she was instrumental in formulating long term sponsorship with advertisers and content distribution deals with TV networks which enabled African youth to gain exposure to music and youth culture from other parts of the continent before the Internet was as accessible as it is today.

With 10 years of board experience across academia, private and publicly traded companies, Isis currently serves on the boards of Southbridge Group (Pan-African investment bank), Nairobi Securities Exchange (NSE) where she chairs the Listings Committee, and Nourishing Africa ((digital platform for 1 million agri-food entrepreneurs).

Isis is an alumnus of Harvard Business School (MBA) and Stanford University (AB in Human Biology) and has been featured in the Top 40 women under 40 in Kenya named one of Africa’s most successful women by Forbes as well as a Young Global Leader by the World Economic Forum.

Her formative years found her at the Greenhills School, one of a kind. As espoused in LinkedIn, ‘Greenhills School is a student-centered community that helps young people realize their full intellectual, ethical, artistic and athletic potential in preparation for college-and beyond-as curious, creative, and responsible citizens who respect all individuals and their differences, and whose meaningful and balanced lives will better the world’.

Isis is a Pan-Africanist at heart, committed to the economic advancement of the continent in a manner that ensures women are included. Various research studies indicate that it will take more than 100 years to reach gender equality. Isis believes that in addition to relevant policy changes, two critical areas to achieve gender equality where she can influence include increasing access to technology for women and putting capital in the hands of women.

Isis’ personal mantras change but what drives her is the belief that life is a learning process and if you remind yourself of that frequently, it’s easier to take on new challenges and advance new ideas. Her first name invites a wide range of questions on it’s origin and pronunciation – she was named after the Egyptian goddess Isis which is pronounced “eye-sis’.