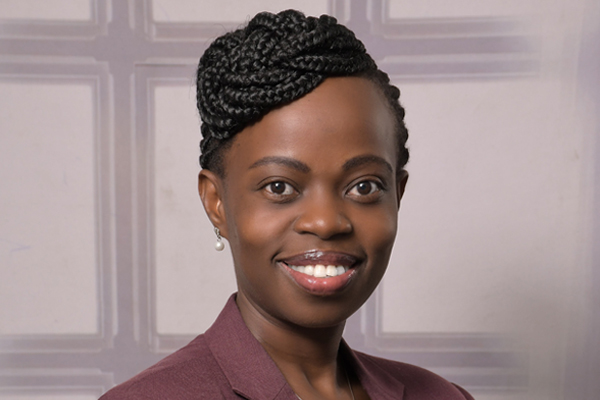 Kendi Ntwiga is the local custodian of Microsoft’s mission of empowering every person and every organization in the planet to achieve more—together with the education team, brought this mission to life in Kenya through Enabling Remote Learning.

As we ushered in what unknowingly was going to be one of the most unpredictable years globally, Kendi Ntwiga joined Microsoft as its Kenya Country Leader in January 2020. A role she soon realized would be critical in enabling remote productivity for various players of the economy and indeed the ordinary citizens of Kenya.

Under her leadership, Microsoft moved quickly to support key players and drive societal support. Some of the engagements included working with the Ministry of Information Communication and Technology (ICT) to build a health mobile application Chat robot (BOT) that would be used for citizen engagement. This BOT which was built and hosted on Microsoft Technology, integrated into the National Covid-19 communication plan with key digital Government connection channels and was accessible via all social media platforms and the mobile phone messaging.

According to a survey done and reported by the World Bank (WB) (Kenya Economic Update by the World Bank) the special focus topic found that the pandemic increased poverty by 4 percentage points (or an additional 2 million poor) through serious impacts on livelihoods, by sharp decreases in incomes and general loss of employment. The unemployment rate increased sharply, approximately doubling to 10.4 percent in the second quarter of 2020 as measured by the Kenya National Bureau of Statistics (KNBS) Quarterly Labor Force Survey.

“With these statistics, it became apparent that Microsoft’s intervention and contribution was required to help individuals and organizations bounce back to contributing to the recovery of the country’s economy.”

To do this, Microsoft launched the global skilling initiative by  partnering with the Stanbic Bank Foundation in Kenya—signing a Memorandum of Understanding (MoU) with the Ministry of Industrialization, Trade, and Enterprise Development to enhance the employability of citizens through digital upskilling to over 50,000 entrepreneurs. This was part of the  Microsoft Global Skills Initiative aimed at bringing more digital skills to 25 million people worldwide. The initiative brings together every part of Microsoft, combining existing and new resources from LinkedIn, GitHub, and Microsoft, all grounded in three areas of activity:

Currently and in addition to these interventions, Microsoft is working in Kenya with the likes of Tech4Dev and the Women Techsters Initiative  to train 5 million girls and women across Africa in coding and deep tech skills by 2030.

Kendi who is the local custodian of Microsoft’s mission of empowering every person and every organization in the planet to achieve more—together with the education team, brought this mission to life in Kenya through Enabling Remote Learning. “Our support for both the public and private education sector has been pegged on fostering use of modern tools in the classroom, developing 21st century digital content and providing capacity building for teachers to enable hybrid learning,” Kendi adds.

To this effect, Microsoft has equipped over 200,000 teachers in Kenya with MS Office 365 tools to support hybrid learning and collaboration through MS Teams in partnership with the Ministry of Education, Teachers Service Commission and Kenya Private School Alliance. This collaboration extends to the Kenya Institute of Curriculum Development to enable all students in the country access digital learning content online through Kenya Education Cloud.

In addition, Microsoft is working with the Kenya Education Network (KENET) and several private and public Universities to provide anytime everywhere access to secure productivity and collaboration tools as well as the ability to cost effectively leverage efficient and reliable infrastructure from anywhere in the country. This has greatly boosted the accelerated transformation of our higher education programmes to ensure continuity of learning and improved learning experiences where face to face environment is interrupted.

Microsoft is working closely with the Academic studies departments to provide for free Microsoft Learn (supports remote classroom) platform available to all institutions of higher learning as part of Microsoft’s contribution to ensure all the students are 21st Century ready at the completion of their academic studies. Microsoft’s goal is to continuously empower a minimum of 1 million higher education students each year.

From an early age, Kendi knew that she had an interest in pursuing a career in tech, influenced by watching her father pursue computer science in her preteen years. She took an interest in sciences and mathematics which helped her get accepted into computer studies and later pursue a degree in international business management as well as get entry into post graduate studies in entrepreneurial leadership from the Babson College (US).

Kendi’s first paid job was handing out marketing promotional fliers in the city, far from what she had studied but then critical for her sustenance.

Kendi Ntwiga’s corporate break came when she got appointed as the assistant IT Manager at the Kahama Group of Hotels, a job she did for only a year. She soon realized that her passion was spending time in strategy and business discussions, as this space would provide her with an opportunity to use her IT knowledge in adding value to business.

It is with this desire in mind that she moved to Paynet group which is now part of Interswitch as an Account manager and was instrumental is driving conversations about channel banking which was the boon of ATM’s and POS terminals then. While going about her work at Paynet, her competitor recommended her for a role at HP, which is where she started her career in high tech global multinationals.

Kendi has worked for 3 other American Global High-Tech multinationals and is known to consistently build the ecosystem and leverage partners to grow and turnaround businesses she has been given the opportunity to oversee.

Having grown up in the village, Kendi is passionate about creating systems that allow those with a background like hers access opportunities they wouldn’t otherwise have. She sits on boards of organizations that are about grassroots empowerment and is actively involved in mentorships and coaching especially around access to Science Technology, Engineering and Mathematics (STEM) courses and careers.

Kendi Ntwiga strongly believes that, ‘we must train and encourage our youth to be creators and not just consumers if we as Africans, are to build self-sufficiency’.

Separately but related, Kendi is the founder of She-Goes-Tech, an initiative she set up to help build the pipeline of girls and women getting into STEM courses and careers.

Away from technology and business, Kendi is a story telling coach, who expends considerable time and energy working with a variety of individuals and organizations across the globe, training on story telling as a tool for advocacy. In this capacity, she has been in various forums including the UN General Assembly (UNGA) in New York, New York (US) representing the African Woman on pertinent society issues.