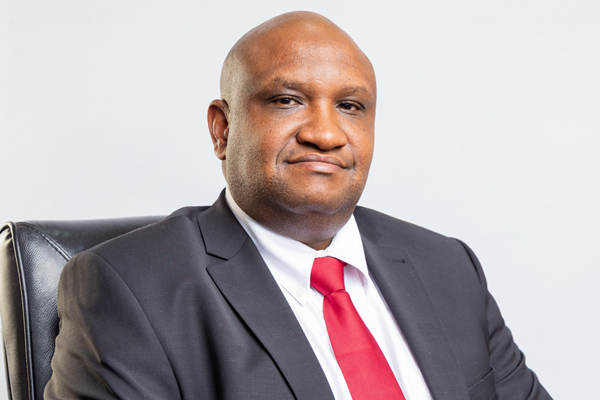 Equipped with his vast wealth of experience spanning over 20 years in tax administration among other key strategic disciplines, Githii Mburu has demonstrated that the war against tax evasion and related crimes can and will be won.

The uncompromising soldier on war against tax evasion

He’s famed for his strong and uncompromising stand against tax evasion and other tax crimes that are an affront to effective revenue collection efforts in the country.

Driven by a strong conviction of the great potential our country has in mobilisation of domestic resources, he has continued to implement key strategic measures to ensure that every eligible taxpayer remit what is rightfully payable. Actually, his mantra is, pay your fair share of tax, not a shilling more, not a shilling less.

That’s the Kenya Revenue Authority (KRA) Commissioner General (CG) Githii Mburu. Even before his appointment to take over the corner office at the KRA, Mburu was a known figure in the public domain, best known for his unrelenting combat against the tax evasion monster. He was then the Commissioner for Intelligence and Strategic Operations (ISO), a department he headed from 2017 to 2019 when he was appointed Commissioner General, following an open, transparent and competitive recruitment process.

It was under his leadership as head of the Intelligence department that for the first time in Kenya, mega tax evasion scandals were unearthed and related schemes foiled. The perpetrators behind the scandals, who included holders of important public offices, were brought to book to answer to various charges related to tax evasion.

The tax evasion menace is not only a national but also a global setback that robs governments of billions of dollars in expected revenue annually. Experts hold that if the amount of revenue lost to tax evasion was to end up in the right coffers, no tax administration authority or service would ever miss its collection targets.

A 2020 article, ‘Global Alliance for Tax Justice’ estimates that countries are losing over $427 billion in tax every year to international corporate tax abuse and private tax evasion. A breakdown of this amount of revenue and its worth in terms of the impact it could have had if it found its way to the revenue coffers explains why tax evasion needs to be dealt with head-on and better strategies implemented, especially on plugging the leakages that facilitate international corporate tax abuse.

It is against this backdrop that Githii Mburu has consistently been conspicuous on the frontline taking this bull by the horns. Equipped with his vast wealth of experience spanning over 20 years in tax administration among other key strategic disciplines, Githii Mburu has demonstrated that the war against tax evasion and related crimes can and will be won.

Among landmark tools that have been implemented under his leadership to bolster the war against tax evasion is the iWhistle platform. The iWhistle is an anonymous reporting channel for malpractices that undermine KRA’s endeavours in revenue collection. The iWhistle is the hallmark of intelligence gathering mechanisms that KRA is leveraging on to tackle tax malpractices, tax crimes and professional misconduct, with a seamless guide to assist in reporting. Tax payer Education has also been improved and made a priority area, with opportunity also for any tax queries to be promptly handled.

Mburu’s fight against tax malpractices has not only been felt in the country but also echoed beyond our borders. It must have been on this account, coupled with other competencies that Githii Mburu got appointed the first Chairperson of the Africa Initiative (AI), an institution of the Organisation for Economic Co-operation and Development (OECD) Global Forum on Transparency and Exchange of Information for Tax Purposes (TEITP) in December 2021. The initiative is a continental programme launched in 2014. TEITP aims at unpacking the benefits of tax transparency and exchange of information (EOI) to fight tax evasion and other illicit financial flows (IFFs) and serve African countries’ development.

CG Mburu’s leadership vision and style is anchored on four key pillars: integrity, performance, customer focus and staff motivation. Towards this, for instance, the tax malpractices that he has been burning the midnight oil on melt down to a poor score on the integrity scale. It is for this reason that he has demonstrated unmatched passion in promoting a 100 per cent integrity score in the tax administration process.  And because it takes two to tango, he has committed to ensure that there is high integrity among the KRA employees and the taxpayers at large.

Borrowing from the words of Richard Branson, “…if you take care of the employees, they will take care of the clients”, CG Githii Mburu has the welfare of the KRA employees at heart. Since his appointment to the position, hundreds of staff have been promoted, majority of whom had served at same positions for over ten years. It is also during his tenure that the terms of service for hundreds of employees who were previously on short term contracts were revised to permanent and pensionable basis. The terms of service for the few employees on short term contracts are set to change in the second phase. This action is an example of employee motivation, which also include improvement and enhancement of employee remuneration packages.

In addition to these employee motivation, CG Mburu is equally keen on employee performance as the only way to realise the broader KRA goal. To this end, the CG has instituted measures for monitoring and evaluating employee performance in the dispensation of their respective mandates.

Given the critical role that KRA plays in the country, the CG is also keen on ensuring that KRA achieves its goal of fully transforming into a customer-centric organisation. This transformation journey kicked off a few years ago and aims to shed off the traditional enforcement approach as a primary tool for tax administration and adopting a more facilitative approach. Realignment with customer-centrism has become a global phenomenon for most tax administrations and jurisdictions. For instance, through initiatives like KRA Care, KRA now ‘believes in second chances’ where any tax payer who applies for Voluntary Tax Disclosure Programme (VTDP) between now and December 31, 2021 gets 100% remission on penalties and interest accrued. This is a major transformation from the KRA yester-years.

The primary indicator that anyone will look for in judging the performance of a taxman is the amount of revenue he/she collects at the end of the day vis-à-vis the set revenue targets. The fruits of the aforementioned leadership strategies that CG Mburu has been implementing are already an open book. Despite the economic hardships occasioned by the Covid-19 pandemic, KRA has managed to register impressive revenue collection especially in the second half of the 2020/2021 financial year. For instance, in April, 2021, KRA collected Ksh176.7 billion shillings against a target of Ksh170.2 billion. This translated to a 23.9 per cent increase in the revenue collected. The stellar revenue collection points to a very resilient economy with unmatched potential to mobilise enough domestic resources that can comfortably finance our country’s development agenda. This aligns to the vision the KRA CG Mburu has and will continue to be actualised when indeed, both corporates and individuals pay their fair share of taxes due, not a shilling more, not a shilling less. This is the mantra that fires under the belly of KRA CG Githii Mburu.