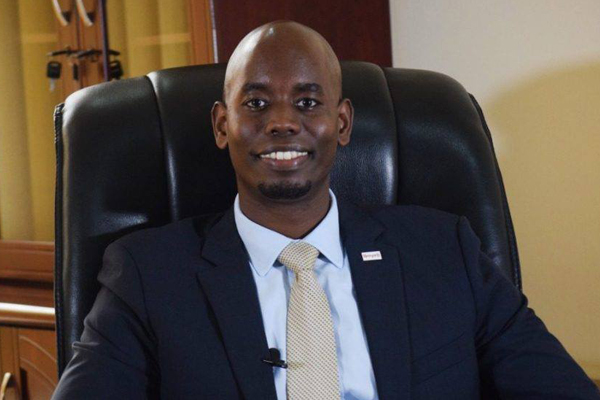 Paul’s Muthaura move to ICEA LION General Insurance undoubtedly represents the biggest shift in his illustrious career. Unlike his previous roles, which were predominantly in the public sector, this one is in the private sector

Few individuals have had a greater impact on the growth and development of Kenya’s financial industry over the past decade than Paul Muthaura, the current CEO of ICEA LION General Insurance.

A lawyer by profession and an Advocate of the High Court, Paul was appointed to the CEO position by the Board of Directors in October 2020 following the retirement of Steven Oluoch, a long-serving CEO of the insurance firm.

Before his stint at the corner office of the ICEA LION Group owned general insurer, Paul is remembered as a long serving CEO of the Capital Markets Authority (CMA), where among other achievements, he earned the distinction of being an innovative, results-oriented leader who elevated the regional and international profile of the regulator while promoting ethics, good corporate governance practices, and investor protection in the capital markets.

During his seven-year tenure, the CMA was ranked the most innovative capital markets regulator in Africa by the prestigious International Finance (IF) Magazine for five consecutive years (2015-2019). Likewise, the Invetor Compensation Fund, which is aimed at compensating investors who suffer financial losses resulting from the failure of a licensed broker or dealer, grew more than tenfold from Sh210 million to over Sh3 billion at the time of his exit.

The CMA successfully cracked down on a number of financial misconduct at the Nairobi Securities Exchange (NSE), the most prominent of which was thwarting insider trading attempts on the Kenol Kobil counter ahead of the company’s 2018 takeover by French oil marketer, Rubis Energy.

Another noteworthy milestone achieved by Paul at CMA was the conceptualization and development of the Authority’s 2014 – 2023 Master Plan, which was adopted as the principal government policy document on securities market development. He was a key member of the multi-agency team that oversaw the successful issuance of Kenya’s debut $2 billion (Sh211 billion) Eurobond in 2014 – the largest sovereign debut debt issue in sub-Saharan Africa to date and, earning the respected 2014 African Deal of the Year at the Global Capital Emerging Markets Bond Awards.

Overall, Paul Muthaura has more than two decades of experience in senior leadership positions in the capital markets and the public sector. He has served as Chairman of Africa and Middle East at the International Organization of Securities Commissions (IOSC) in Madrid, Spain. His time with IOSC was challenging and dynamic as the world was emerging out of the 2008 Global Finance Crisis and looking for sustainable solutions to strengthen markets. He was elected to the IOSC board committee responsible for developing solutions for financing infrastructure development through the capital markets.

Paul’s move to ICEA LION General Insurance undoubtedly represents the biggest shift in his illustrious career. Unlike his previous roles, which were predominantly in the public sector, this one is in the private sector. The private sector is profit-oriented, making leadership positions in the corporate world highly rewarding but at the same time very challenging due to factors such as competition, unpredictable market conditions and high and often restless shareholder expectations.

Leveraging on a strong brand

Fortunately for Paul Muthaura, he has taken over leadership at ICEA LION General Insurance at a time when the firm is arguably in its best form thanks to the strong brand equity built over the past century by its parent company, ICEA LION Group.

Through a series of mergers over the decades, ICEA LION Group has evolved into one of the most recognizable and dominant brands in the financial services industry. However, despite offering a wide range of products and services, insurance remains its bread and butter as well as the main touchpoint for majority of consumers who interact with the brand. This is understandable considering ICEA then, was the first major locally owned insurance company in Kenya after foreign shareholders sold their interests to a group of pioneering local investors in 1976, opening a new chapter for the industry and the company, whose roots date back to 1895 at the very beginning of Kenya’s insurance industry.

While ICEA LION Group’s strong brand heritage works in favor of Paul, he is also leading the general insurance business at a time when ICEA LION Group has onboarded new global partners following the strategic partnership entered with global financial powerhouse Prudential Financial. Through Leapfrog Strategic Investments, Prudential Financial acquired a 24% stake in ICEA LION Group in mid-2020, allowing the group to tap into Prudential’s global expertise. Prudential has more than 50 million customers in 40 countries around the world and has more than $1.5 trillion in assets under its prudential management.

The same Data from IRA also indicates that by the end of 2020, ICEA LION General Insurance had gross premiums of Sh6.05 billion, putting it in the top seven in terms of market share in a market with 38 licensed general insurance providers.

The outlook for the general insurance business in Kenya is improving following the Covid-19 Pandemic-induced slowdown in 2020, which resulted in gross premiums declining to Sh130.83 billion from Sh132.10 billion a year earlier, with motor and medical classes accounting for close to 70 per cent of general insurance business. With more people visiting health care facilities following the easing of Covid-19 Pandemic restrictions and more cars coming back to the roads, general insurance is likely to grow at an accelerated pace in next few months. The outlook could not be more favorable than it is now, underlining the exciting opportunity for Paul and his team to capitalize on.

“My ambition for the business is clear and simple: we want to build on our legacy as a leading provider of insurance solutions while advancing our position as the industry’s north star in customer experience excellence,” Muthaura told Business Monthly in a write-up.

Another remarkable quality in Paul’s favor is his commitment to academic excellence. His achievements in boardrooms and the corporate sector mirror similar feats in the classroom. He holds a Bachelor’s of Law (LL.B) degree from the University of Warwick (UK), (1996-1999); a Master’s of Law degree (Banking and Finance Law) from the London School of Economics  and Political Science, University of London (UK); a Master’s degree in Philosophy from the Maastricht School of Management in the Netherlands (2011-2013); an Executive Post Graduate Diploma in Financial Management from Kenya College of Accountancy (KCA) University in Kenya (2006-2007); and a Post Graduate Diploma in Legislative Drafting from the School of Advanced Study, University of London (UK) (2007).

“I’ve always enjoyed learning and interacting with people from diverse backgrounds. Before enrolling for Law in the U.K., I had the privilege of studying in Belgium (EU) and New York (NY) US. I have also studied in Kenya. This exposure makes me comfortable interacting with people from diverse backgrounds and experiences,” he adds.

After graduating with his Law degree, Paul worked briefly as an advocate of the High Court of Kenya with Daly and Figgis Advocates (now CMS Daly Inamdar Advocates) where he advised clients on issues involving corporate and commercial law.

Paul Muthaura is an Honorary Fellow of The Institute of Certified Secretaries (FCS) (2017) and a Certified Executive Coach from The Academy of Executive Coaching (AoEC) (2015), an accreditation he earned early on in his career following his realization that well mentored teams working together and not individual efforts held the key to transformative growth in organizations. “I pursued the qualification as an executive coach in order to advance and unlock the value of those working with me,” the seasoned executive opines.

In recognition of his contributions to building Kenya’s profile as a regional financial hub, Paul Muthaura was conferred the award of The Moran of the Order of the Burning Spear (MBS) by the President of Kenya.

Paul is viewed by those who know him closely, as a financial markets development and regulation thought leader.