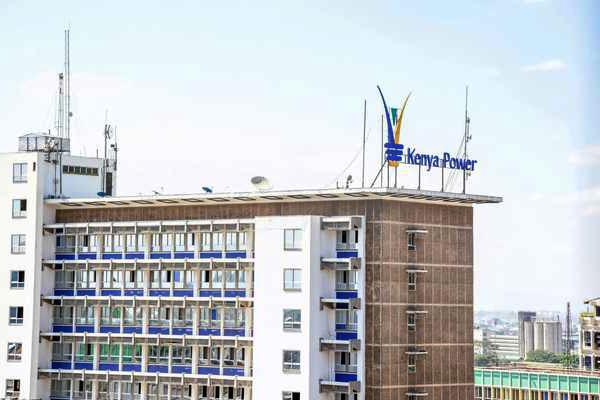 Kenya Power has been at the forefront of advancing the country’s renewable energy agenda.

Kenya’s electrification rate has improved significantly in the last decade, placing the country well ahead of most of its African peers in terms of the percentage of households connected to electricity. The latest data from the Kenya National Bureau of Statistics (KNBS), indicates that more than 70 percent of Kenyan households have access to electricity, a remarkable improvement from just 29 percent in 2013. In contrast, the African Development Bank (AfDB) estimates that the average electricity access rate for African countries today stands at just over 40 percent, underscoring the commendable progress Kenya has made.

Improved access to electricity has been a huge game-changer, especially for rural economies and urban slums. Access to electricity in these areas has powered the growth of small enterprises, spurred trade, and improved the overall quality of service delivery in critical sectors like education and healthcare.

As the country’s only electricity off-taker, Kenya Power has played an instrumental role in driving this transformation which it has primarily achieved through the Last Mile Connectivity Programme. The national electricity distributor has also invested heavily in other transformative projects, including those aimed at improving the reliability of power supply to its core industrial customers and critical installations. Despite numbering only a few thousand, industrial users, a group that consists of some of the largest commercial players in the country, on average account for more than 55% of Kenya Power’s total electricity sales revenue.

Due to investments in the network, the average duration customers were off supply, as measured by the Customer Average Interruption Duration Index (CAIDI), reduced to 4.03 hours in 2021 from 4.52 hours in 2020, the firm notes in its Annual Report. This measure used to be in the double digits several years ago when power outages were one of the most highly cited concerns among manufacturers surveyed by industry lobby groups like the Kenyan Association of Manufacturers (KAM) and the Kenya Private Sector Alliance (KEPSA).

At the same time, Kenya Power has been at the forefront of advancing the country’s renewable energy agenda. Currently, more than 92 percent of Kenya’s power generation is derived from clean sources such as hydro-power, wind, and geothermal with the country’s ambition being to have 100 percent of its energy derived from renewable sources by 2030.

Although the big-ticket investments by Kenya Power in the last decade have had a positive impact on its customers, they have unfortunately come at a cost to the company and its shareholders, which includes taxpayers given the Government of Kenya owns a 50.1% controlling stake in the firm. In addition, the firm, has in the recent past, flown into financial headwinds which have eroded its bottom line and market capitalization.

Given the strategic nature of the Company, and indeed the overall sector, to social and economic growth, a new leadership team dedicated to restoring the electricity distributor to its former glory was appointed. The team is led by Vivienne Yeda, OGW, a scholar, economist, and attorney of distinction, who, together with the Board, is driving to efficiency and excellence within the organisation through well-thought-out reforms and system rebooting.

As a result, Kenya Power has bounced back to profitability. In the year ended June 2021, the Company recorded a historic 216 percent year-on-year increase in profit before tax to Kshs.8.2 billion, compared to a loss before tax of Kshs.7.04 billion the previous year. Electricity sales revenue increased to Sh125.93 billion compared with Sh116.7 billion a year earlier, while operating costs declined to sh39.8 billion from Sh47.8 billion a year earlier.

The Company has also strengthened its governance structures, particularly the in its supply chain function, so as to ensure that any investments the Company makes are anchored on: proper planning by through the prioritization of critical initiatives with a clear return on investment, adherence to international standards for all equipment purchases, and the engagement of only those partners who commit to deliver the highest quality and value for money for all the goods, works and services procured.

Lowering the Cost of Energy

Last year, the President appointed a Taskforce to review Power Purchase Agreements (PPAs) with a view to enhancing the energy sector’s efficiencies so as to underwrite its sustainability, whilst driving down the cost of electricity so as to increase access, and enhance Kenya’s attractiveness as the region’s business and manufacturing hub.

When handing in its report, the Taskforce recommended a 30% reduction in the end user tariff. The first 15%, implemented in January this year, was realized from savings made by energy sector agencies, including Kenya Power. The second tranche of 15% was premised on the successful outcome of negotiations between the government and Independent Power Producers (IPPs).

Reviews by Kenya Power and other stakeholders in the energy sector have concluded that cost savings at Kenya Power and the sector cannot sufficiently address the issue of electricity affordability. The terms of Power Purchase Agreements (PPAs) with IPPs, which account for 30 percent of installed capacity, are therefore being renegotiated by a team led by the Ministry of Energy.

Having said that, it is imperative that all the parties involved in this significant process remain alive to the importance of a successful outcome. This is because, despite the investments made in the energy sector in the last decade or so, especially in geothermal as well as renewable energy, the cost of electricity has been on an upward trend.

Fruitful negotiations between IPPs and the government should drastically lower the total cost at which Kenya Power buys energy, allowing it to lower its tariffs and deliver on its mandate of connecting Kenyans to clean, reliable and affordable energy.