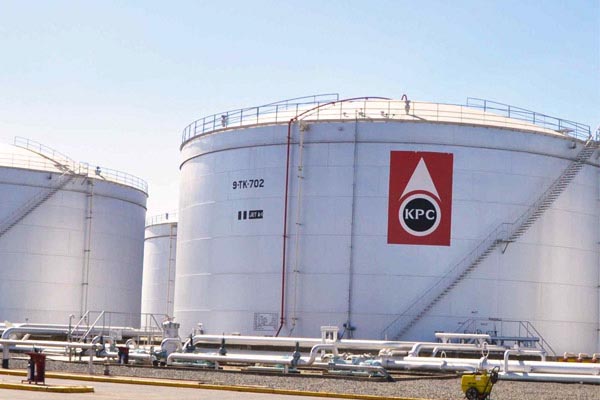 Demand for petroleum products in Kenya has steadily risen in the last decade, thanks to a strong economic growth. The Kenya National Bureau of Statistics Economic Survey of 2022 indicates that Kenya imported 6.4 million tonnes of petroleum fuel in 2021.

This almost triples the volume in 2011, where 2.2 million tonnes were imported. This accelerated pace of demand for fuel in Kenya presents unmatched opportunities for Kenya Pipeline Company (KPC), the state corporation charged with transporting imported petroleum products from the Port of Mombasa to the hinterland.

Expanding the network KPC, a fully government owned parastatal, has responded to the challenge by periodically upgrading and expanding its transportation and storage infrastructure nationwide. KPC’s pipeline system currently consists of a network of 1,342 kms of pipelines running from Mombasa through Nairobi to the Western Kenya towns of Nakuru, Eldoret and Kisumu. Close to 50 per cent of KPC’s current pipeline network has been installed in the last ten years.

This underscores the Company’s commitment to meeting and surpassing the ever-growing demand for petroleum products in the country and the region. Key expansion projects by KPC in the last decade include: 325 km parallel 14-inch pipeline from Nairobi to Eldoret, commissioned in 2011, 121-kilometer parallel 10-inch pipeline from Sinendet to Kisumu commissioned in 2016, and 450 km parallel 20-inch pipeline from Mombasa to Nairobi commissioned in 2018. The Company has petroleum products storage facilities in Nairobi, Mombasa, Nakuru, Eldoret and Kisumu with a total capacity of 417,980 cubic meters, and further 326,233 cubic meters leased from Ministry of Petroleum and Mining (MOPM) at Kipevu, as well 143,014 cubic metres leased from KPRL bringing the total storage to 887,227 cubic metres.

In an endeavor to boost its storage facilities, KPC has embarked on upgrading facilities at the defunct Kenya Petroleum Refineries Limited (KPRL). Experts aver that the upgrade of the refinery will significantly cut inefficiencies in the country’s petroleum products supply chain. This will save oil marketers millions of shillings paid as demurrage charges.

Established more than 50 years ago, the Changamwe-based KPRL has 45 tanks with a total storage

capacity of 484 million litres. KPRL was placed under the management of KPC in 2017 as a storage facility after efforts to secure a strategic investor to revive the country’s refinery failed.

By June 2020, KPC had built an asset base of Ksh123 billon. The company has also more than doubled its revenue from Ksh10 billion in 2014 to Ksh26 billion in 2020. The parastatal has since assumed the coveted rank as one of the country’s largest taxpayers. It has remitted more than Ksh50 billion in taxes in the last ten years. This is in addition to paying hefty dividends to The National Treasury.

Among the countries served by KPC include Uganda, Rwanda, Burundi, South Sudan, Eastern DRC, and parts of Northern Tanzania. Being futuristic, the Company has taken a bold step to diversify its revenue streams to reduce dependence on distribution and storage of petroleum products services.

A key pillar in KPC’s diversification strategy is venturing into Fibre Optic Cable (FOC) infrastructure. In April 2022, KPC launched its fibre optic cable that runs alongside the oil pipeline from the Mombasa port through Nairobi to Kisumu and Eldoret in Western Kenya. In 2018, the company acquired a Network Facility Providers Tier 2 license from the Communications Authority of Kenya (CA) allowing it to deploy fibre optic communication infrastructure with a guarantee of regional coverage.

This diversification move has been guided by KPC’s Corporate Strategic Plan (CSP) dubbed “Vision 2025”, a transformational policy document designed to create a premier organization with a total paradigm shift from being a single revenue earner, to a diversified business enterprise that facilitates macroeconomics through faster technology adaptation.

In achieving the CSP’s Business Leadership pillar, Fibre Optics, and the Competency based training offered by Morendat Institute of Oil and Gas (MIOG) were onboarded. The objective of the Fibre Optic Cable is to serve the huge demand for data and internet connectivity and content, respectively, in the Telco/ Energy/ Government/ Finance/ Education as well as other business spheres. KPC’s FOC is the biggest fibre cable in Kenya by core count with a 96-core cable plant running from Mombasa to Eldoret and Kisumu. It further has a high Uptime rating of 99.6% availability due to tight security of KPC’s right of way where the cable runs underneath its fuels’ pipelines and therefore experiences hardly any fiber cuts.

“We purpose to improve internal communication infrastructure for the country; diversify into the data communication sector to create a new revenue stream; and utilize technology as a business driver for both ourselves and our customers,” said Dr. Macharia Irungu, KPC Managing Director, during the product launch ceremony in Nairobi in April 2022.

As alluded to, KPC has also invested in building the local talent pool in the oil and gas sector and this is also commendable. Through the Morendat Institute of Oil & Gas (MIOG); a Center of Excellence that offers training in oil & gas related courses, KPC has helped elevate the quality of talent in the sector.

The institute was established following a Heads of State Summit of the Northern Corridor Presidents of Kenya, Uganda, Rwanda, and South Sudan during the 3rd Heads of State Summit held in Kigali, Rwanda, in 2013. In the meeting, member states resolved to establish Centers of Excellence in the region to offer capacity building for the Northern Corridor Integration Projects.

In a total paradigm shift from the conventional norm, KPC has successfully transformed its corporate culture in recent years. Among the notable changes is overhauling the management team and instituting stronger corporate governance frameworks under a new team, led by Dr. Irungu, who was competitively headhunted and subsequently appointed in 2019.

Prior to his appointment in November 2019, Dr. Irungu was the Managing Director at Gulf Africa Petroleum Corporation. He also served as a Strategy Director at Total Kenya, and for years prior, with other multinational firms such as ExxonMobil and Esso. Dr. Irungu has three decades’ experience in the sector and has also served as a Board member of the Energy and Petroleum Regulatory Authority (EPRA).