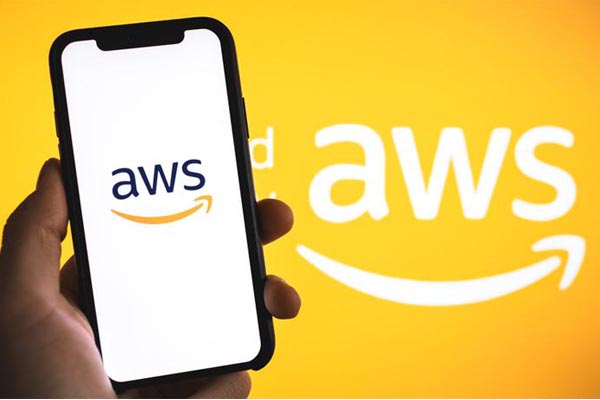 Kenyan businesses increased their expenditure on cloud computing services by 68 per cent in 2021 compared to a 38 per cent increase in 2020, a study by World Wide Worx shows. The adoption of cloud computing by firms in Kenya has picked up significantly in recent years due to its wide range of benefits to organizations. Benefits of using the cloud include minimal upfront investment, flexibility, scalability, speed of deployment, security and access to quality software and applications on the cloud.

Before cloud computing took hold in Kenya, companies looking for large amounts of IT storage would need to physically build a storage space and maintain it. Similarly, companies that experienced a surge in online traffic and network activity needed to invest in physical computing power to keep up – a costly and time-consuming endeavor that led to wasteful overheads during off-peak periods.

Cloud computing addressed these challenges. Multiple studies indicate that companies that have moved away from physical computing to the cloud have subsequently improved efficiency, productivity and even profitability. Non-profit institutions such as governments and aid agencies are also increasingly migrating to the cloud.

This migration has created a huge opportunity for global cloud computing services, including Microsoft’s Azure, Alphabet’s Google Cloud Platform, IBM Cloud, Oracle Cloud, among others that have invested in the Kenyan market in recent years.

Amazon Web Services (AWS), the cloud platform offered by e-commerce giant Amazon.com Inc, is the latest entrant into the Kenyan market. AWS in April 2022 announced a new Local Zone in Kenya as part of its global expansion plan that includes similar investments in major cities in more than 21 countries. This move will avail AWS products and services to Kenyan customers. The AWS platform offers server, storage, networking, remote computing, email, mobile development, and security services over the cloud to customers of all sizes.

“The new AWS Local Zone in Kenya is a continuation of our investment to support customers of all kinds and our commitment to accelerate innovation by bringing cloud infrastructure to more locations in the country,” said Robin Njiru, Regional Lead, East, West, and Central Africa at AWS, during the launch.

AWS’s entry into the Kenya market is significant for two reasons. First, it is a signal that Kenya’s cloud computing ecosystem is advanced relative to other markets in Africa – South Africa is the only other African country where a new AWS Local Zone was announced in 2022. This is commendable given the market leadership position AWS enjoys in the global cloud computing market.

The second reason why AWS’s entry into the Kenyan market is significant is that it will act as a catalyst for democratization of the cloud. To this point, cloud computing services have mostly been available to large enterprises like bank, telcos, and other large non-profit institutions. This is because storing on the cloud and utilizing cloud computing power and applications traditionally involved signing a pricey contract for a large amount of space that a company would then “grow into.” Buying insufficient storage presented challenges if the business took off and buying too much storage and computing power proved expensive if it didn’t grow into the capacity it paid for. This has historically limited cloud computing services uptake to large enterprises that can afford it.

Pay as You Go model

AWS challenged this model by offering one of the first “Pay as You Go” services in the worldwide cloud computing market. With AWS, companies pay for what they use. There’s no need to estimate usage, which eliminates wastage and pricey contracts. AWS customers use what they need, and their costs are scaled automatically and accordingly.

Since AWS’s cost is modified based on the customers’ usage, start-ups and small businesses can enjoy both the technological and economic benefits of using AWS for their computing needs. In fact, AWS is great for building a business from the bottom as it provides all the tools necessary for companies to start up with the cloud.

This has made AWS highly popular with smaller enterprises, which is ideal in the Kenyan context given the high number of small and medium sized enterprises (SMEs) in the country. The added advantage with AWS is that small businesses can get tailored solutions while enjoying the benefits that come with choosing a cloud computing provider with the global scale that AWS possesses.

AWS’s global scale is unmatched. According to estimates from Synergy Research Group, Amazon’s market share in the worldwide cloud infrastructure market amounted to 33 per cent in the fourth quarter of 2021, exceeding the combined market share of its two largest competitors, Microsoft, and Google.

AWS has distinguished itself for offering solutions to both start-ups and Fortune 500 companies. This includes well-known names such as Netflix, Pfizer, Disney, General Electric and McDonalds, just to mention a few.

AWS continues to grow at a blistering pace. Amazon’s first quarter earnings results for fiscal 2022 indicates it grew AWS revenue to $18.44 billion, a 36.5 per cent year on year increase from the first quarter of 2021 and a bit faster than what analysts expected.  AWS has now emerged as one of Amazon’s strongest revenue segments, generating $62 billion in 2021 net sales, up from $45 billion in 2020, according to the company’s filings with the US’s Securities and Exchange Commission.

AWS’s entry into Kenya is also a big boost to the local tech ecosystem. It will help build the local talent pool by availing quality job and training opportunities to Kenyan techies. As a demonstration of its commitment in this area, the company in 2021 started offering free certifications to Kenyans through its AWS re/Start project.

The 12 -week training program targets the country’s unemployed and underemployed youth and those with little technology experience for entry-level careers in cloud computing. The project connects more than 90 per cent of graduates with job opportunities.

Amazon is undoubtedly one of the world’s most successful companies. It has been referred to by influential investigative journalism show PBS Frontline as “one of the most influential economic and cultural forces in the world.” Amazon is also one of the world’s most valuable brands and the company is worth trillions of dollars on the stock market. Its entry into Kenya through AWS is therefore a clear indication of the country’s growing profile as the region’s foremost tech hub.