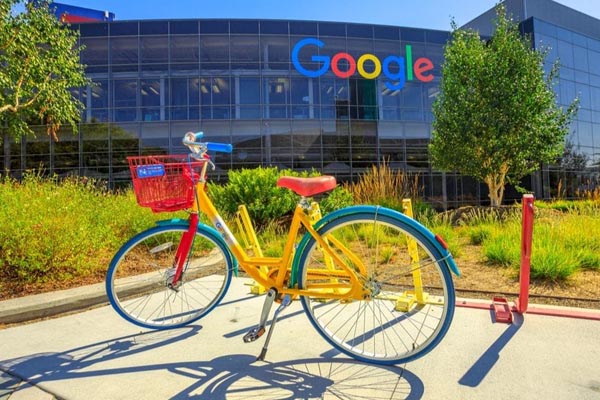 Google’s growth mindset has led it to increase its presence and investments in Africa.

Google is arguably one of the most successful tech companies in the world today. Known for its eponymous search engine, Google has been the market leader in online advertising for well over a decade. More than 80 per cent of the US tech giant’s revenue comes from online advertising through Google owned and operated properties such as Google Search, Google Maps and more.

Google’s share of digital advertising revenues worldwide was projected at 28.6 per cent of total digital ad spending in 2021, according to eMarketer. Facebook followed with a digital ad revenue share of 23.7 per cent, while China’s Alibaba came in third with 8.7 per cent.

Google’s dominance in digital advertising has paid off handsomely for the company’s shareholders in the last decade. The company’s global revenues have grown close to six times from around $46 billion at the end of 2012 to $257 billion at the end of 2021, company filings show. Over the same period, net income has increased more than seven-fold from $10 billion to $76 billion. The company today has assets north of $350 billion, with around $130 billion of this being cash and cash equivalents as at the end of 2021, its financial statements show.

As a result of this stellar financial performance over time, shareholder wealth has increased phenomenally, with the company’s market cap (total value of its stock) having increased from around $200 billion in 2012 to more than $1.5 trillion today. To put this into perspective, a hypothetical Sh10 million investment in its stock ten years ago would be worth Sh70 million today.

Google’s strong financial performance has not only benefited shareholders, but also given it the freedom to invest in its products and services at an unmatched scale and pace. The company is one of the world’s leading spenders in research & development, a strategy that has enabled it to stay ahead of the curve in terms of innovation and new product development.

This has enabled it to expand beyond web browsing, search, and email into areas like cloud computing, streaming entertainment, mobile operating systems, applications, AI, machine learning and more. Its Android mobile operating system has been particularly successful, commanding a market share of 70 per cent in March 2022 compared with Apple’s iOS’s 27 per cent, according to GlobalStats.

Google’s growth mindset has led it to increase its presence and investments in Africa. Although the continent currently represents a miniscule share of global ad spending, its potential in terms of long-term growth prospects cannot be overlooked. Digital transformation, a fast-growing, youthful, and entrepreneurial population, as well as economic and political reforms across Africa have made the continent more attractive to players like Google.

Google has not only availed most of its key products and services to consumers and enterprises on the continent, but is also working closely with governments, businesses, and other non-governmental organizations to create the conditions necessary to scale up the continent’s burgeoning digital economy.

Through multiple partnerships across the continent, Google is actively investing in connectivity, device affordability, and a host of digital products in different sectors like education, healthcare, media, and e-commerce. It has also invested in talent development to bridge the knowledge and skills gaps holding back Africa’s digital transformation. This is in addition to technical and financial support for entrepreneurs and SMEs, including the Africa Investment Fund, through which it is investing up to $50 million in African startups and providing them with access to its employees, network, and technologies.

Google’s investments in Africa reached a critical juncture in late 2021 after it earmarked $1 billion for investment in Africa over the next five years. The $1 billion will go towards ensuring access to fast internet and supporting startups. The tech giant will be looking at areas that have strategic overlap with its services. By the end of this decade, Africa will host 800 million internet users, and a third of the world’s youth population, making it an attractive investment destination, the California-based firm said in its announcement on the $1 billion investment.

Kenya as the testing ground

Most global tech leaders use Kenya, widely recognized as a preeminent tech leader on the continent, as the testing ground when implementing their Africa strategy. Google is no exception. It has a long and rich history in Kenya and continues to invest in the country.

As part of the $1 billion investment planned for Africa over the next five years, Google recently announced that it would set up its first ever Africa Product Development center in Nairobi. Over the next two years, Google plans to hire more than 100 engineers, product managers, user experience designers and researchers to staff the new centre. This marks a huge shift in its strategy, as it begins leveraging on local talent to build solutions for local and global markets.

“The potential for Africa to become a leading digital economy is right on the horizon and Google is committed to accelerating Africa’s digital transformation through human capital and enabling African-led solutions to African and global problems through better products,” Google managing director for Africa Nitin Gajria said during the unveiling.

In addition to investing in talent in Kenya, Google has also partnered with leading telco Safaricom to make smartphones more affordable. Through the Lipa Mdogo Mdogo partnership, which was unveiled in 2020, customers have been able to buy 4G android powered smartphones from Safaricom through flexible financing. “Lipa Mdogo Mdogo has seen over 500,000 Kenyans upgrade from 2G devices to quality and affordable 4G smartphones. Through this partnership, we seek to meet the varying needs of our customers by increasing the selection of devices available under the world-first device-financing plan,” said Peter Ndegwa, Safaricom CEO through a LinkedIn post in March.

Google’s support for entrepreneurship and SMEs in Kenya is also noteworthy. It has helped Kenyan businesses access its global Grow with Google program, which offers free training and tools to help people acquire new skills to grow their careers and businesses. Since the launch of the program in 2016, Google has trained over 1 million jobseekers, students, and SMEs in Kenya to acquire new digital skills. The multinational also recently partnered with the Ministry of Education to train 300 tutors in technical and vocational education and training institutions on transferrable digital skills.