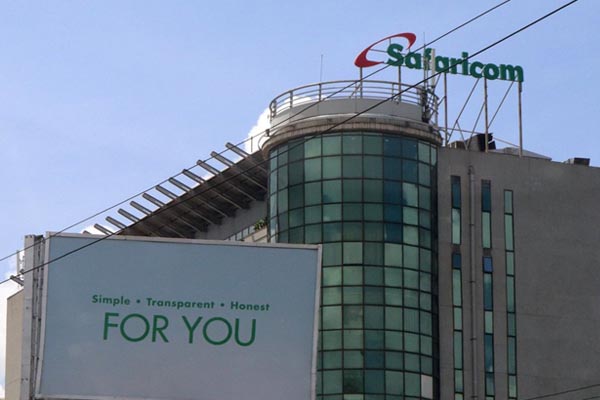 Safaricom’s latest annual report indicates that the total number of people who use its products and services increased 12 per cent year on year to 39.9 million in fiscal year 2021.

Safaricom enjoys the enviable distinction of being the most profitable publicly traded company in East and Central Africa. Safaricom’s net income for its fiscal year 2021 came in at Ksh68.68 billion against revenues of Ksh264.02 billion. No other Kenyan enterprise, including KCB Bank and Equity Bank, the country’s two largest banks, has ever posted revenues and profits in this range.

Safaricom also ranks first in Kenya and the region in terms of its market value as a publicly traded company. It is the only listed company in Kenya and the region with a market capitalization (total market value of its outstanding shares) above Ksh1 trillion. Despite share price fluctuations in the stock market, Safaricom has consistently represented more than 50 per cent of the combined market capitalization of firms listed on the Nairobi Securities Exchange (NSE) over the past two years. This is a commendable feat considering there are 63 listed companies on the bourse, many of which have been listed for a longer period than Safaricom, which went public via its 2008 Initial Public Offering (IPO).

The growth of Safaricom into the powerhouse it is today is the result of several factors, including the consistent investments the firm has made in building and promoting its corporate and product brands. Research by firms such as Ipsos and TIFA Research indicate that Safaricom has consistently ranked as one the country’s top advertisers over the past decade. It also has a visible and highly engaged leadership and spends heavily on marketing and branding campaigns. Thanks to the brand equity that these investments have built, Safaricom has been able to supercharge customer acquisition and attract top talent.

Safaricom’s latest annual report indicates that the total number of people who use its products and services increased 12 per cent year on year to 39.9 million in fiscal year 2021. The firm enjoys a market share of 64.4%, according to data from the Communications Authority of Kenya.

Safaricom has also been able to maintain a strong pipeline of local and global talent thank to its reputation as a top employer. The firm’s internal surveys published in its annual report indicate that nine out of ten Safaricom employees would recommend the firm as a place to work. These findings are corroborated by several external surveys, including the LinkedIn 2022 Top Companies Rankings which placed the telco first in the list of Kenya’s 25 best workplaces for professionals to grow their careers. Similarly, Forbes magazine in 2020 ranked Safaricom as the best workplace in Africa, ahead of South African heavyweights such as Naspers, the media conglomerate, and FirstRand, a banking giant with more than $100 billion in assets.

In addition to its high market share and its ability to attract and retain top talent, another factor that has played to Safaricom’s advantage has been its strong focus on innovation. The company is widely recognized as one of the most innovative firms not just in Kenya, but in the world.

Innovation has allowed Safaricom to extend its reach into lucrative and strategic sectors of the economy such as financial services. The firm made its foray into financial services through M-PESA, which was launched in 2007 as the first person-to-person mobile money transfer service in the world. M-PESA has through the years evolved to include other related financial services such as savings and lending (M-Shwari and KCB-MPESA), consumer credit (Fuliza) as well as merchant and bill payments (Lipa Na MPESA), among others.

M-PESA’s rapid growth is not only attributable to the firm’s investments in the underlying technology, but also on the inclusive business model that presents win-win opportunities for both partners and customers. For example, M-PESA agents earn attractive commissions on transactions such as withdrawals and deposits, creating an incentive for them to expand their business and for new agents to join the network. Tellingly, the number of agents in fiscal year 2021 increased 43.1 per cent year on year to 248K, underlining the attractive proposition Safaricom extends to M-PESA agents.

Safaricom’s ambition is to be more than just a mobile service provider. It is evolving into a technology company, a move that presents an opportunity to reinforce its competitive positioning in the local and global digital economy. It is, for example, leading the charge in fibre optic connections to homes, having connected 204.2K homes in fiscal 2021, up 43.7 per cent year on year. It has also made a foray into healthcare, education, e-commerce, charity, and agriculture through various digital services.

One of the most attractive qualities of Safaricom is that it strives to be a company with a heart and soul. The company’s leadership and management has been emphatic about their role in confronting social challenges and driving corporate sustainability, including pioneering integrated reporting, which focuses on reporting both financial and non-financial performance to investors and stakeholders.

Safaricom was one of the first Kenyan corporates to adopt the United Nations’ Sustainable Development Goals (SDGs) into their strategic plans. It has also taken a highly transparent approach to reporting. It, for example, discloses the amount it spends on local suppliers (61 per cent in 2021), in line with its commitment to strengthen the local economy. This is in addition to other detailed disclosures that allow investors and other stakeholders to track the company’s environmental impact, governance frameworks and social impact.

In terms of gender balance, the company has also achieved an impressive 50:50 male to female ratio in its workplace, with 33 per cent women representation in senior leadership. Through the Safaricom Foundation and the M-PESA Foundation, the firm also spends hundreds of millions of shillings annually on interventions in nutrition, health, education, and economic empowerment.

It’s no exaggeration to say that Safaricom is arguably Kenya’s most successful enterprise today. Its regional expansion into Ethiopia and continued growth in other regional and global markets through digital products such as the M-PESA app point to more exciting days ahead for the brand and the more than 6000 employees behind it.