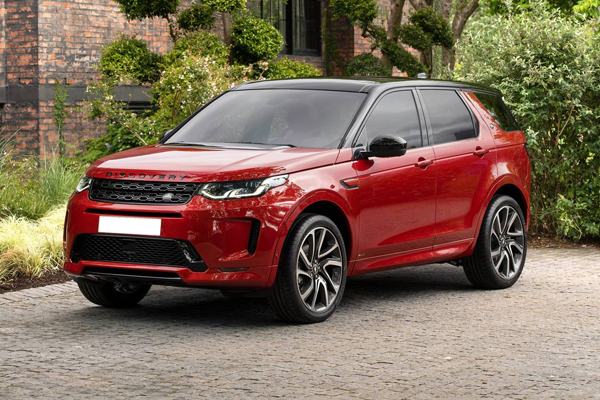 In terms of handling dynamics, the Land Rover is not as nimble as a BMW X5 or Audi Q7, but it’s not a wallowing hippo on the tarmac either.

The fifth-generation Land Rover Discovery was a big deal when it came out, but for some reason everyone was too busy getting upset about the offset rear number plate. It was all the things a Discovery could and should be, with a lovely new interior, comfort galore, seven-seat option and lots of nifty interior tech. It also looked a lot less like a Lego car, which upset most car enthusiasts.

Recently, the Discovery’s biggest competition has come from within its own stable in the form of the new Defender. Land Rover has, therefore, looked to further differentiate the 2 models by repositioning the Discovery as a more premium offering.

Land Rover may be enjoying the global success of the new Defender, but the Discovery is probably the model that has been hit hardest by the newcomer’s rampant popularity.

Land Rover has applied a facelift to the model – one that ramps up the interior execution more towards Range Rover-like levels of luxury. The Solihull-based brand has also introduced air suspension as standard fitment, which endows the new-look Discovery with a composed – and eminently comfortable, ride quality.

To meet stricter European emissions standards, new straight-six turbo-petrol and turbo-diesel engines have been installed. However, it’s the technology updates inside the Discovery that are easiest to spot, with the same Pivi Pro infotainment system – that’s on current Jaguar’s, taking centre stage on the premium SUV’s fascia.

The hand that Land Rover has played here is logical, but the upgrade has pushed the Discovery price range into a new stratosphere, which means it comes at a premium over the likes of the Volvo XC90, BMW X5, Audi Q7 and even the Toyota Land Cruiser LC300. That said, Land Rover has always justified the Discovery’s higher sticker price based on the model’s brilliant versatility.

There’s no doubt that the Discovery offers genuine dual-purpose ability, even if this generation model looks a little softer-edged than its predecessors. It’s the most capable SUV in its segment across varied surfaces; in truth, it’s the only premium SUV that you would actually consider taking on extended off-road trips. By contrast, the standard air suspension enhances the model’s on-road abilities too.

In terms of handling dynamics, the Land Rover is not as nimble as a BMW X5 or Audi Q7, but it’s not a wallowing hippo on the tarmac either. It’s more composed on-road than its Defender sibling. It’s a big SUV, but the air suspension adapts nicely to minimise body-roll without compromising ride quality. Such lofty levels of on-road comfort make the Discovery well suited to undertaking long journeys.

Land Rover has made it its quest to make off-roading as hassle-free as possible with every new iteration of vehicle it produces. The Discovery has built-in Terrain Response – you activate it by pressing the rotary dial in the centre console, then waiting a second for it to raise up and then swivelling it to select the mode that matches the terrain you intend to tackle. Low range is easily selected with a simple press of a button beneath the rotary dial. The result is a luxuriously capable off-roader currently on the market; the new Range Rover – which debuted recently, finally eclipses the off-road prowess of the Disco.

The introduction of the new 11.4-inch Pivi Pro touchscreen infotainment system in this facelifted Discovery yields improvements in connectivity options, as well as the speed with which the hardware responds to inputs. The glass screen and hi-res display lift the cabin ambience and make the fascia look more contemporary.

It would be nice if Android Auto and Apple Carplay smartphone-mirroring technology were available wirelessly – one will still require a cable connection, but with over-the-air software updates now available, such functionality could be “pushed” to the vehicle in the future without having to visit the dealer’s workshop to update the system – locally that would be at Inchcape Kenya.

A wireless charger is provided – in the storage bay beneath the climate controls, but it’s not a fast charger, to get an expedient charge-up you need to connect your smartphone – or another digital device, to the USB/USB C points around the cabin. You can spec the Discovery with loads of them too, including convenient ones on the rear of the front seats that allow for tablets to be charged as well as docked in place.

The Discovery is billed as a 7-seater that can actually accommodate 7 adults, in absolute comfort. Seats are folded electrically via switches near the respective pews or via a cluster of switches located in the load bay.

The electric towbar and electrically deployable tailgate are useful with the latter capable of holding 300 kg, which is more than useful for having impromptu boot picnics. Speaking of the load bay, it’s no less than massive and, with all the rear seats folded down, you have access to the largest utility space in the segment – 2,500 litres.

The new D300 3.0-litre power unit proved impressively effective at moving the big Discovery around at a brisk pace. It produces healthy peak outputs of 221 kW and 650 Nm and it’s allied with a 48V mid-hybrid system, which recoups power when slowing down and then redeploys it as torque to assist the Discovery when it accelerates from a standstill. It’s a very quiet motor; in fact, all you really hear from inside the cabin is a hint of wind noise.

The D300 power unit propels the sizeable Disco with more than sufficient gusto courtesy of its strong low-down torque, which continues to be delivered in a linear manner throughout the turbodiesel’s rev range. It makes for smooth progress and while the 8-speed automatic transmission isn’t quite as sharp as that of the X5, it’s still notably slick-shifting and effective at selecting the right gear at the right time.

An abundance of overtaking acceleration is a real strength of the new engine – you don’t get that kick of low-down torque that tapers off quickly, which can leave you a bit exposed if you’re overtaking at speed. The acceleration is consistent and it hauls along the big-rig Land Rover with impressive speed. It’s easy to see how Land Rover claim a 0-100 kph time of 6.8 sec for this derivative.

Clients also have the option of ordering the petrol MHEV model, which utilises the P360 engine fitted with Mild Hybrid technology. The unit is capable of churning out 265 kW on the power spectrum and 500 Nm of torque. The British manufacturer claims an impressive 6.5 seconds for the 0-100 kph sprint.

The new Land Rover Discovery is now an expensive proposition, but still represents one of the most luxurious ways to go off-road. The updates push it further up the premium ladder as it tries to make a case for itself above its Defender sibling.

If you’re wearing your sensible cap and looking for a large family car that executes everything from on-road journeys to off-road excursions in a more comfortable, connected and practical manner than any other offering in the premium SUV category, you are likely to end up with a Land Rover Discovery every time. It’s an expensive proposition, but it lacks for absolutely nothing.

The official dealer is Inchcape Kenya, situated in Westlands, Nairobi, Kenya. Pay a visit a sample what is officially on offer.