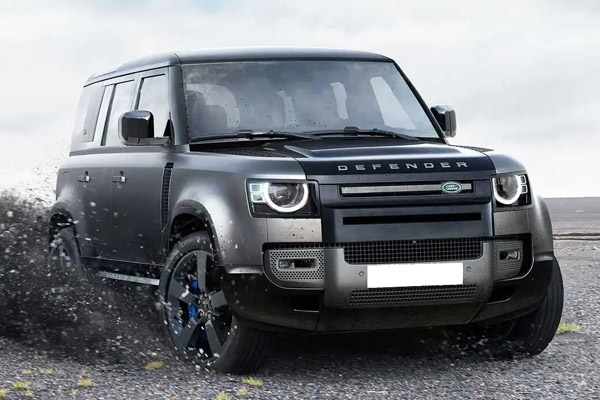 Car manufacturers and dealers the world over took quite a knock ever from the Covid-19 pandemic which has engulfed the entire globe since 2020. Surprisingly, this has led to a keen interest in the premium segment of rugged cars.

The eagerly awaited and heavily anticipated new Defender finally landed in Kenya in the second half of 2020 after it was reintroduced to the line-up after a lengthy hiatus. If you are one of those people who mourned the demise of the old Defender, then you will appreciate the effort of the designers at Land Rover in bringing the new Defender to the Land Rover line-up

The Land Rover Defender offers well-rounded performance abilities, both on- and off-road. It is a proficient off-roading choice, with standard four-wheel drive, comfortable and composed even on tarmac jungle. It has intuitive infotainment controls, and its standard two-row seating setup offers plenty of space. An optional third row seating and a homely cabin are add-ons.

Land Rover debuted the 2020 Defender in six main trims and one body style: Defender 110 – a four-door model. The two base trims have a turbocharged four-cylinder engine, and the other trims upgrade to a mild-hybrid six-cylinder. The base is fine, but if you want the inline-six engine, it’s worth upgrading to the SE.

The 2021 Land Rover Defender has tremendous off-roading capability and is sure-footed when it comes to handling whilst offering a smooth ride, making it a good SUV. The seats are comfortable and supportive – especially on long drives.

Plenty of features come standard, including a user-friendly infotainment system, the Land Rover Defender feeling quite as posh as it should for a luxury midsize SUV.

You should consider this Land Rover if you want a luxury SUV with unparalleled off-road ability and a nice, but not overly opulent, interior. It’s reasonably priced for the class, so it’s a decent value overall.

The 2022 Land Rover Defender has off-road prowess and good on-road manners making it formidable and second to none SUV when the rubber touches any terrain. The cabin is a touch of luxury. It is also blessed with new supercharged V8 engines, new trims plus special editions and a newly optional 11.4-inch infotainment touch screen.

The Defender succeeds most at its primary objective, which is being one of the most capable off-road vehicles available. On road, it exhibits pleasant handling and a comfortable ride while offering potent acceleration from two optional engines. It is also available in four-door and two-door configurations; the former has a spacious second row, a cavernous cargo hold, and an optional third row that raises seating to seven. All Defender models are loaded with latest technology and have a user-friendly infotainment system.

The Land Rover Defender provides more value – more than anything else – with its niche appeal as the real and the original luxury off-roader.

Everything is new from the ground up; gone is the old steel ladder-frame chassis and in its place is an aluminium D7 monocoque chassis derived from the Land Rover Discovery, as well as aluminium body panels.

Some nods to previous models are items like the side-hinged rear door and the spare wheel mounted to the rear door. New technology such as Matrix LED headlights and LED taillights bring the new Defender up to modernity.

Befitting the Land Rover marque, the Defender’s cabin has plenty of top-notch materials, making it a good place to be – like hard-wearing surfaces, supple leathers and wood-grained trim, leather and cloth seats that are heated across all three rows, easy-to-clean surfaces, and open fasteners make it a remarkable place to adventure from.

As the brand’s ultimate off-roader, it has cool, rugged touches such as exposed rivets and a structural-looking beam that spans the dashboard.

Underneath, the well-known solid axles are gone, replaced with air suspension and an E-Diff system that makes utilising the 4×4 system across all types of terrain a cinch. The range of Ingenium engines fitted to the Defender ensure that you can have as little or as much power as you wish.

When it comes to electrical technology, Land Rover has not shied away and has crammed as much of their current technology into the Defender as they could.

Up-front in the open dash, there is a 12-inch touchscreen that controls the Meridian Audio infotainment but also hosts the 3D camera system, 4×4 control system and clear sight system. If the rear observation is obscured you can turn on the rear-view camera that appears in the rear-view mirror to get a view of what’s behind you.

One can spec their Land Rover Defender with a selection of four accessory packs, with each catering to a specific lifestyle element that will gear the vehicle to its owner’s needs. There is the Adventure pack, the Country pack, the Explorer pack and the Urban pack.

Adding the various packs and specifying one to your exact liking will see that price climb.

The 2022 Land Rover Defender is capable of venturing where few other SUVs can, and it makes a decent case for an everyday on-road companion too. Comfortable seating and plenty of technology are just a couple of its positives, and four-door models of this luxury midsize SUV offer large cargo holds. The interior quality is fit for purpose.

Visit Inchcape Kenya Limited at the Jaguar Land Rover Centre, located at the Oracle Tower, Westlands, Nairobi for an intensive chat with their sales team and brand managers to comprehensively guide you on the new Land Rover Defender and the exact specifications officially available.