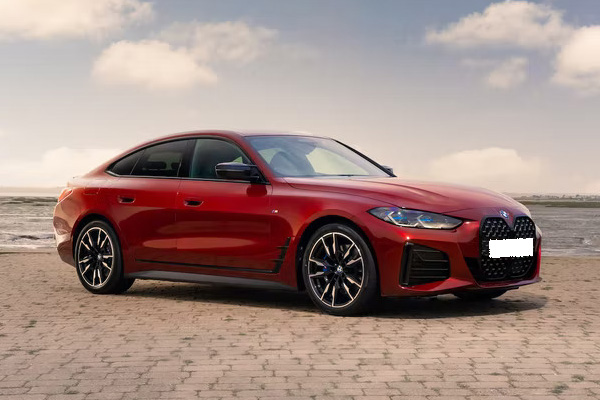 Although it is closely linked in family terms to the 3 Series, the GC is very much its own car and is bigger than the saloons.

At first glance, this Bavarian oddball surely does turn heads, whether it deserves the attention it draws, warrants this review. BMW’s new 4 Series Gran Coupé (GC) probably fully deserves the ‘Gran’ in its title but, it first shifts a position in the Munich, Germany brand that will also be appreciated by car buyers.

For this generation, BMW has stepped away from the myriad – and sometimes confusing, array of options and moved closer to a what-you-see-is-what-you-get specification approach across the launch range of three derivatives, the 420i, 420d and 440i xDrive.

Although it is closely linked in family terms to the 3 Series, the GC is very much its own car and is bigger than the saloons,measuring 4,783mm in exterior length, 1,852mm in width and 1,442mm in height. The model has distinctive proportions combined with stretched coupé lines.

As a model available in Africa, the BMW 4 Series GC remain difficult to comprehend. It is on the roads and now in 2nd-generation guise.

What is a 4 Series Gran Coupé?

BMW split the 3- and 4 Series a little while back – odd numbers for saloons, even numbers for coupés – most of us got on board with that, well, eventually. But then they took the coupé and added back its rear doors, and thus the 4 Series Gran Coupé was born.

The GC derivatives make up 50% of all 4 Series sales. It seems customers want what customers want and BMW is happy to give it to them. Hence, the svelte profile and, as a soon to be father, appreciate that practicality has been restored to some extent. And then there are the visuals. The 4 Series GC benefits from a lower centre of gravity, is wider, longer and looks arguably meaner than its predecessor.

As aforementioned, the 4 Series GC comes in three derivatives: a 420i – 2.0-litre 4-cylinder turbo-petrol, expelling 135 kW and 300 Nm, a 320d – 2.0-litre 4-cylinder turbo-diesel discharging 140 kW and 400 Nm and then the flagship version, which is propelled by a 3.0-litre-twin-scroll- turbocharged inline-6 in combination with xDrive all-wheel drive, the BMW M440i xDrive.

With peak outputs of 285 kW and 500 Nm mated to the 8-speed Steptronic automatic transmission – which is standard across the 4 Series GC range, the M440i xDrive’s powerplant is said to catapult the top-of-the-range derivative from 0 to 100 kph in just 4.7 seconds. That’s not M car quick, but it is right on the money for a “40i” designated car…

Similar to how the 4 Series GC’s styling is a perfect compromise between coupé and saloon, the performance is also a delicate dance between all-out ferocity and everyday usability. A car with turbo-boosted agility, but also ISOfix points to accommodate multiple baby seats. And a hatchback that will swallow the debris of family life, plus a bicycle and surfboard for Mombasa bound young family.

Imagine being inside a very well-appointed cockpit. Slide into the leather-trimmed cocoon and encounter one loaded with oodles of standard features. It’s all there.

When alone, one would simply thumb the start button to fire up the Bimmer’s powerplant, shift the transmission lever into Drive and immediately select Sport mode. It’s a must, especially when you’re about to embark on a multiple hour road trip out of the city limits and beyond. For example, to reach our evocative flowing Kenyan roads, you first have to traverse rather pockmarked urban and rural roads.

Back inside the cockpit. Start in Comfort mode from your home, then get onto one of the Bypasses around Nairobi. This is when you have the opportunity to point the M440i xDrive’s curvaceous bonnet along some pristine sweeps and bends, after selecting Sport mode and give this German machine, also known as the sweet Bavarian six, an opportunity to sing, and sing alongside a Msanii Gospel beat.

And singing sonorously is what an inline-6-engined BMW does best. And one doesn’t need an M car to appreciate this, thanks to the Bavarian brand’s legacy of producing full-bodied, throaty and, of course, potent straight-six motors. Here, boosted to the heavens, the M440i xDrive’s heart revs cleanly and with enthusiasm, the cogs swapped just so by the Steptronic transmission.

BMW boasts of providing the ‘Ultimate Driving Machine and Experience’, and yes, the secret to a driver’s car resides in its helm. A communicative steering setup – one that imparts sufficient feel and feedback through the steering wheel. Even with power being sent to all four wheels, the M440i xDrive feels agile – plus, when the road surface affords less than ideal purchase, the muscular Bimmer is unquestionably aided by that extra mechanical grip afforded by xDrive, which allows you to get on the power earlier – and flatters less experienced pilots.

Buy the 420i if you’re just after the model’s aesthetics. Buy the 420d for the same reasons, but if you want to visit the petrol stations less often – that extra whack of torque is welcome too. Spice either up with the M-Sport kit if you favour show over go but, the chasm of performance between these and the M440i xDrive is enough to park an M3 or M4 in. Sideways.

There’s such an exhilarating drive to be had here, and better still, you can approach the 4 Series Gran Coupé flagship’s limits without fear of exceeding your own. In other words, one doesn’t really need to fork that much more for an M car because the M440i engine offers more than sufficient performance.

As a bonus, when you purchase any BMW new from Inchcape Kenya, all prices include a 5-year/100,000 km maintenance plan. Feel free to visit their Westlands, Nairobi showroom to get more acquainted with the staff as you option up your BMW 4 Series Gran Coupé.