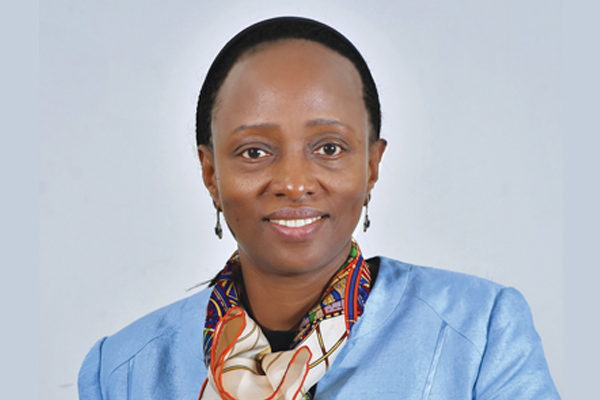 Ms Hope Murera is the Managing Director of ZEP-RE, having previously served as General Manager, responsible for overall strategy and operations and Company Secretary of ZEP-RE. ZEP-RE is formerly the PTA Reinsurance Company.

Hope is an industry thought leader and a most sought-after conference speaker and executive leadership coach in the financial and insurance sector. One of her most recent contributions was at the 48th AIO Conference and Annual Assembly hosted between June 25-30th in Nairobi, Kenya, where she delivered a very illuminating speech titled: “Agri-tech and insurance development: Perspectives for the future in the face of climate change.”

Ms Murera said that Africa was experiencing the worst drought in 40 years, which had subsequently led to low crop yields, worsened by pests and diseases, flooding and other natural catastrophes. She explained to the audience why she believes that insurance can mitigate risks of extreme weather events.

The ZEP-RE CEO told the gathering that although 80% of Africa’s food is produced by smallholder farmers, thereby creating between 53 and 70% of employment, only 2% of these farmers have access to insurance and worse still, only 4% of private sector loans are given to agriculture.

She outlined ZEP-RE’s financial inclusion initiatives and shared the winning formula for national insurance programmes. ZEP-RE’s overall goal is to drive financial inclusion and make insurance accessible to all. The DRIVE Project is one project that as the implementing agent, ZEP-RE will be pushing for a 360-degree approach that will transform the pastoralists’ livelihoods, and also impact their value chains, bringing economic change to the people in the Horn of Africa.

According to Ms Murera, ‘Research has long shown that firms with greater gender diversity among senior leadership perform better. But why is that? What are the specific mechanisms that drive the positive business outcomes associated with increasing the number of women in the C-suite?

An analysis of more than 150 companies finds that after women join the top management team, firms become more open to change and less open to risk, and they tend to shift from a Merger and Acquisition (M&A)-focused strategy to more investment into internal Research and Development (R&D).

In other words, when women join the C-suite, they don’t just bring new perspectives; they actually shift how the C-Suite thinks about innovation, ultimately enabling these firms to consider a wider variety of strategies for creating value.

On the importance of the practice of coaching, Ms Murera has some lessons for the executive leaders. She states, ‘Sometimes we confuse coaching with many other things. For example, is there a difference between a coach, a teacher, a trainer, a motivational speaker, a mentor, and a counsellor? Or is a coach all these bundled together into one?

A certified executive leadership coach, Hope opines that coaching is a transformational journey and plays an integral role in transforming leadership profiles. She holds that coaching is imperative for leaders and their teams. She shared this in a forum hosted by the CDI-Africa Coaching Group.

The shift in thinking includes the realization that C-Suite executives do not lead a business, they lead people. Coaching empowers leaders to know how to get the best out of every individual to enable them deliver great results.

Ms. Murera quoted an African proverb to explain the challenge facing Africa. Thus: ‘Until the lions have their own historians, the history of the hunt will always glorify the hunter,” meaning that until the oppressed class learns how to read, write or communicate with the world outside, the world will never know their viewpoint.

She prescribes that: ‘However, African homegrown financial institutions equipped with better understanding of the region and specific challenges which continue to bedevil the continent as well as tailor made solutions are starting to emerge and rewrite the African economic story but more importantly give Africa back her voice.

In a lengthy interview with BISSA that we have heavily lifted from, for this article, Ms Murera holds that, ‘the outlook is good and we are very optimistic and believe Africa is rising, we are sitting on some of the fastest growing markets in the world, the demographics factor is in our favour, we have young people whom their average age is 20 years so that’s amazing but it is also challenging, it’s scary are we ready for them? So, getting the products that address our demographics will always remain challenging, if you look at mobile penetration and money transfer is really encouraging and it can only get better.

And what is going on at the Africa Continental Free Trade that is something that is also exciting, Africans can look at their problems globally and solve them, create a common market of over 1.2 billion people that would be amazing, so there is so much good that is coming out of Africa, the future is bright for Africa.

So, organizing us so that we can look at it globally and bring the industry together, we have started doing the CEOs forums to kind of bring everyone on board to know what is happening.

Ms. Murera is a holder of a Bachelor of Laws (LLB) degree from Makerere University in Uganda, a Master of Business Administration (MBA) from IMD International, Lausanne, Switzerland. She undertook an Executive Program in Strategy and Organisation at the prestigious Stanford University Graduate School of Business (2015). Hope has wrung over 20 years working experience from the insurance and reinsurance industry.