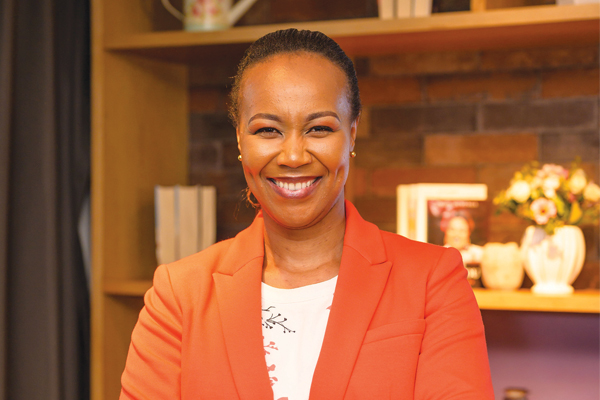 A devoted people leader and a community- centric social entrepreneur, Teresa Njoroge has passionately been advocating for the rights of children of imprisoned parents, youth and women impacted by the Criminal Justice system.

Teresa Njoroge is the Founder and CEO at Clean Start. She sees herself as a Social Justice Reforms Leader.

Ms Njoroge is a driven professional who has been steering social-economic transformation and social justice reforms in Kenya and across the African continent through strategic leadership for over a decade.

A devoted people leader and a community-centric social entrepreneur, Teresa has passionately been advocating for the rights of children of imprisoned parents, youth and women impacted by the Criminal Justice system mostly due to the criminalization of poverty.

The visionary of a more just and humane justice system, Ms Njoroge set up the first formerly-imprisoned -women led organization – Clean Start, where she has been spearheading the vision in decriminalizing poverty related offences through socio-economic empowerment, declassifying petty offences through advocacy, policy formulation and legislation which birthed the first Coalition of Formerly Imprisoned Women Africa movement to advocate for second chances in society and destigmatize formerly imprisoned persons in society.

Teresa’s perspectives towards the criminal justice system changed completely when she was falsely accused, maliciously prosecuted and wrongfully imprisoned at Langata Women’s Maximum Prison for a year with her then three-month-old daughter, Umaa, for a crime that she had not committed. Ms Njoroge was later exonerated of any wrong doing and compensated by the government years after serving the sentence.

While imprisoned, she experienced first-hand the plight of the imprisoned women, some like her, accompanied by their children, who were crying out for justice. As she executes this work, she came across young girls in the Juvenile Justice System who only needed protection from their abusers but were now entangled with the challenges of the justice system and forever labelled negatively.

‘Sadly, we imprison the poor and the vulnerable! It was very clear to me when I was serving term that it’s easy to end up in prison when you are innocent and poor but to pay your way to freedom if you are guilty and rich’. Teresa quips.

‘After my release in 2009, I embarked on supporting women who have gone through imprisonment through lifting them out of the trenches of poverty, pain, isolation, and stigma’ Teresa laments.

Clean Start has evolved from one great idea to the dynamic, phenomenal and fast-growing organization it is today. In addition, Ms Njoroge runs The Coalition of Formerly Imprisoned Women Africa-COFIW, which is a society that builds the agency and self-advocacy for formerly incarcerated women. COFIW is the first of its kind in Kenya and East and Central Africa.

As a leader reimagining justice and helping shape the way justice is served, in particular to the vulnerable, Ms Njoroge has led her platforms into transforming the lives of many across the nation in her rallying call of Beyond the Bars; Never Again.

She is actively building key strategic partnerships, advocating in governments across the African Continent and private organizations for formerly imprisoned persons, to have better life outcomes, while challenging the injustices within the criminal justice systems.

Over the years, the work at Clean Start has been recognized both locally and internationally. Teresa is an Inaugural Ford Foundation Global Fellow, a Vital Voices Lead Global Fellow, TED Women 2017 Speaker and the recipient of the African Female Leader 2018 Excellence Award by The Global Thinkers Forum, UK. Women and Girls Lead Global have recognized Clean Start’s efforts as outstanding advocates for marginalized groups. Teresa has also received the Timeless Woman of Wonder Award, and most recently, the Head of State Commendation (HSC), in the Presidential Trailblazer award 2022-Republic of Kenya, for her efforts to re-integrate formerly imprisoned persons. She also received the Diversity and Inclusion award 2022 for promoting human rights by Diar Awards and featured among top 50 women in development in Africa by Donors Africa.

I am motivated to leave behind a legacy of a bold contributor who streamlined social change to alleviate chronic poverty, reducing petty crimes caused by poverty related issues, breaking the high rates of recidivism in Africa and one that contributed to growing Kenya’s restorative justice programs and a more equitable, inclusive and just world.

A Charismatic Roman Catholic, Ms. Njoroge holds a Bachelor of Commerce degree (B. Com) in Banking and Finance and a Certificate in Arbitration. She is a mother of two, a girl aged 11 and a boy aged 9. She unwinds by taking to the swimming pool and walking. Teresa draws from several fountains of knowledge through reading. Her key skills include an in-depth understanding of the legal framework and policy issues that surround community development projects and highly developed communication skills to articulate a vision of civil rights and civil liberties that is compelling to the public, partners in advocacy, policymakers and donors.