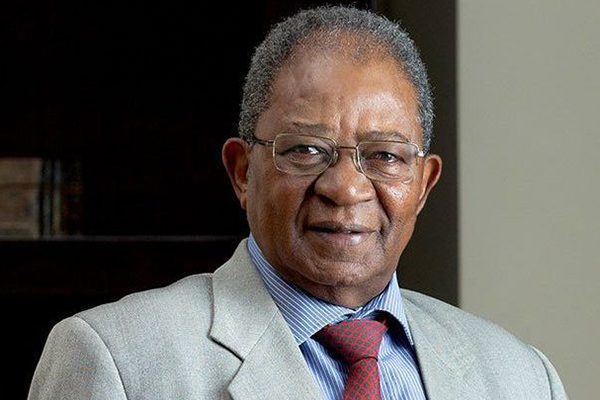 For those who know him and have been privileged to work alongside him, Nicholas Nganga has been and remains a disciplined and fair chair of board and a man of integrity in all the public and corporate service positions he has held.

CHAIR OF BOARD: KAKUZI PLC

While sharing his 14 year-journey as the chair of board at the blue chip Safaricom Plc during an exclusive interview with NTV Weekend Edition, Nicholas Nganga revealed that until Peter Ndegwa, ‘no Kenyan had been found for the CEO’s position at Safaricom Plc, East Africa’s most profitable company’.

Safaricom Plc needed a CEO with extensive commercial and financial services knowledge and experience at the global level, to be able to cope with the fast-evolving technology, Nganga disclosed in the interview, and that he considered serving Safaricom as a personal call.

Nganga further revealed that while appointing Bob Collymore, the board, under his chairmanship mandated him to identify and develop a Kenyan to take over from him. Although he unfortunately passed on before conclusion of the process, Bob Collymore was involved in the selection of his successor. In came Peter Ndegwa.

This demonstrates how Nick, as he was affectionately known in the days as the chairman of the Marlboro Safari Rally organising committee, seriously took his calling to the Waiyaki Way based Safaricom’s chairman’s office.

For those who know him and have been privileged to work alongside him, Nicholas Nganga has been and remains a disciplined and fair chair of board and a man of integrity in all the public and corporate service positions he has held.

Polite and soft-spoken, and no push over, Nick was considered highly educated, what with a BA degree from Makerere University, then the citadel of university education in East Africa. He was a light among a breed of indigenous Kenyans who joined the public service at Independence and rose to the position of Permanent Secretary (PS).

In addition, he served as vice-chairman of council of the University of Nairobi (UoN) and as a commissioner on the Electoral Commission of Kenya (ECK).

Nicholas Nganga joined Safaricom 6 May 2004 as a director and appointed to chair the board on 16 January 2007. In addition to Safaricom, the career chairman has been at the helm of more than six different companies and currently at the helm of the boards of Car & General, G4S and the farming conglomerate Kakuzi PLC, the most recent appointment as chair of board.

Kakuzi PLC is a listed Kenyan agricultural company trading on both the Nairobi and London Stock Exchange engaging in the cultivation, processing and marketing of avocados, blueberries, macadamia, tea, livestock and commercial forestry.

While not willing to comment on Kakuzi matters, Nick expressed great confidence in the future of the company as a leader in export oriented commercial agriculture and its contribution to the economy of the country. That is Nick Nganga, a chair of board whose influence has and continue to permeate through all the strategic sectors of the economy and impacting on all nature of business in the country.