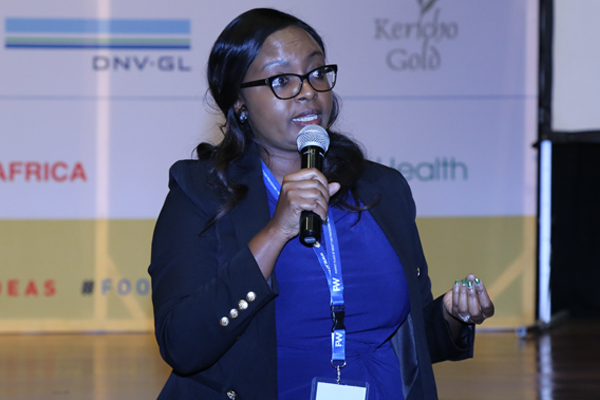 Emily Waita has a broad understanding of the political, social and business operating environments within the continent having spent most of her career managing affairs in Eastern and Southern Africa, Horn of Africa, Indian Ocean Islands and Francophone Africa.

Emily was recently appointed the Africa Public Affairs Director for Coca-Cola Africa, where she will be overseeing the public policy affairs across the continent. She is an experienced government affairs, strategic communications and sustainability professional having worked in diverse roles across Africa and Europe over the last 15 years.

In the post pandemic world and with business and society facing numerous challenges and opportunities, today’s public affairs professional must act as an influential ‘corporate conscience’, as well as providing strategic direction and counsel that touches all aspects of the organization and the external environment it operates in and where organizations have to negotiate unprecedented levels of complexity, ambiguity, immediacy, and connectivity.

Emily has a broad understanding of the political, social and business operating environments within the continent having spent most of her career managing affairs in Eastern and Southern Africa, Horn of Africa, Indian Ocean Islands and Francophone Africa.

Aside from her career interests, she has a personal interest in women in leadership and entrepreneurship initiatives. Outside of work she enjoys youth mentorship, travel, health and fitness.

Riding on her strong advocacy and communication skills, Emily is not just a typical career woman working hard for her own sake. She is passionate about initiatives that have significant impact on society.

One of her most important skill set is the ability to rally behind causes that transform the society. Some of these examples include:

• Driving the plastic bottle recycling agenda in Kenya – Emily mobilized industry players across the value chain to create a platform that led to both policy reform and the start of a formal PET bottle recycling initiative in Kenya. In just 2 years recycling rates have increased from under 10% to 45%. She hopes that she will use this experience to mobilize more partners across borders to drive the same agenda across the continent.
• Emily also led the project that mobilized various corporations to promote Kenya as a preferred investment destination under the ‘why the future is Kenya’ campaign during an election year. This would be the first time the private sector has led an initiative to position the country as an investment destination, hence, the project “why the future is Kenya” was born. The idea was to convene a group of private sector companies both local and international – led by Coca-Cola, who would tell their success story in Kenya, why they are committed to invest in the long term and why Kenya is ready to be the hub for sub-Saharan Africa. The value of the coverage of the campaign was over 3 million $ in both local and international media, and over a million YouTube views for the documentary in less than 6 months. She led similar campaigns in Ethiopia and Zimbabwe.
• Emily has also been part of the team that has been driving the economic empowerment of women across East and Central Africa under the 5by20 initiative where the Coca-Cola Company set out to empower 5 million women by the end of 2020 across the world, in Kenya over 800,000 women have benefitted.

Emily has worked for 4 blue chip multinational corporations helping them build partnerships, respect and visibility through robust relationships, advocacy and sustainability initiatives in complex working environments. She has experience working across diverse sectors including Not-for-Profit Organizations, an Environmental Lobby, Telecommunications, Tobacco, Food and Beverage industries.
She holds an Economics degree from the University of Nairobi as well as post graduate long-term training in business leadership and strategy with accreditation from Strathmore Business School (SBS) and the Gordon Institute of Business Science (GIBS).

Emily is a board member at the East African Business Council and a governing council member at the Kenya Private Sector Alliance (KEPSA) where she chairs the environment sector board.

She was listed as a “Top 40 under 40” Woman on Business Daily in 2018 a roll of honour recognizing outstanding women who demonstrate ingenuity, freshness, performance and excellence in their professional fields, careers and other areas of interests.