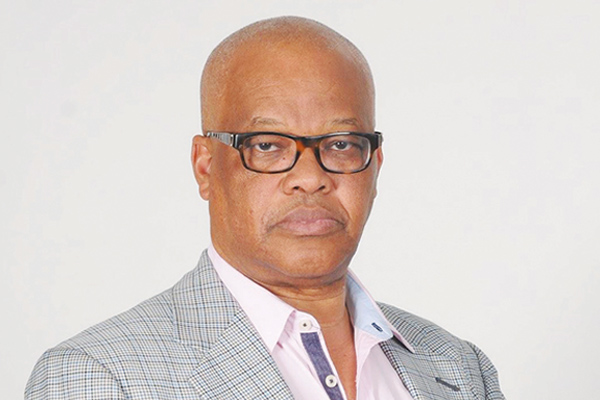 John Ngumi's first stint as a public sector board chairman was in 2012, when then President Mwai Kibaki appointed him inaugural chairman at the Konza Technopolis Development Authority, the spearhead of Kenya’s bid to build an African Silicon Savannah.

During a 35-year banking career, John Ngumi established himself as East Africa’s foremost corporate and investment banker and one of Africa’s most brilliant financial executives, swimming in the same league as the likes of Tidjane Thiam, formerly CEO of Credit Suisse, Switzerland’s second largest bank and a global icon. JN as he is mostly referred to, built a client base spanning local and international/global corporate with a regional presence, state-owned enterprises (SOEs), sovereigns, and financial services groups.

As he cut his teeth in exemplary corporate leadership, John Ngumi has played pivotal roles in developing regional capital markets, in setting the regulatory frameworks underpinning these markets, and in persuading regional governments to turn to local resource mobilisation to finance budgets.

John’s banking career started out at London’s National Westminster Bank, which he joined as a trainee in 1980 after coming down from St Peter’s College, Oxford University with a 1st Class Honours degree in Philosophy, Politics and Economics.

On his return to Kenya in 1983, he worked for Grindlays Bank, Citibank, Barclays Bank and Stanbic Bank/Standard Bank of South Africa. He led path-breaking transactions in diverse sectors: telecommunications, cement, real estate, energy, financial services, agribusiness, manufacturing, aviation, energy, power and infrastructure, and pioneered many of the financing techniques currently in use in East Africa.

In the early 1990s, John co-founded one of Africa’s first locally owned investment banks, Loita Capital Partners Group, whose impact triggered the emergence of many of today’s players in investment banking and asset management.

John’s notable transactions include initiating the Coffee Board of Kenya’s annual offshore financings in the 1980s (the prototype for offshore commodity financings by other countries); the Kenya Government’s first and so far only bond issue in New York, a USD 29m issue to refinance Kenya’s then military debt to the US (1989); the first ever listed corporate bond issue in Kenya, the KES 820 million East African Development Bank bond (1987); the landmark KES 4 billion Safaricom bond issue that enabled that fledgling company to finance its initial infrastructure rollout (2001); the first ever bond issue for a microfinance entity in Africa, KES 500 million for Faulu Kenya, which was also the second ever such issue worldwide (2005); Tanzania’s first ever international sovereign loan, for USD 250 million (2010); the first Eurobond issue ever for an East African entity, a USD 300 million issue for TDB Bank (2010); Kenya’s second ever syndicated loan in the Euromarkets, for USD 600m (2012); and Kenya’s first ever sovereign Eurobond issue, for USD 2 billion (2014).

Other key roles played by John since 1984 include his leading contribution in developing capital markets regulations; co-founding the Kenyan Market Leaders Forum, which initiated and oversaw the development of Kenya’s highly successful listed Treasury Bond issuance programme; and his lead role in familiarising National Treasury officials with international capital markets, resulting in Standard Bank playing co-Lead Arranger roles for Kenya’s USD 600 million syndicated loan in 2012, and the country’s inaugural USD 2 billion Eurobond in 2014, the only bank to be involved in both transactions.

All these speak to his unique ability to operate effectively at the nexus of the Kenyan private and public sectors in matters finance, not to mention John’s occasional forays into matters politics, as he mediates and inter-mediates between business and government. He never misses an opportunity to use his amazingly wide network to link people up and so to help them take advantage of opportunities or solve problems and to link the business community with the government nerve centre.

The who is who in the Kenya business landscape and lucky to be invited to the Kenya Private Sector Alliance (KEPSA) WhatsApp group, are privileged to benefit from his deeply and immensely insightful commentaries on how to make positive contributions to the country, by going way beyond being a passive observer or a critique to that of an active and proactive player – like him and in it to win!

John’s participation in public sector boards dates back to the early 1980s, when he was an alternate director for Grindlays Bank International on the Chemelil Sugar board. In 1997 he was appointed to the board of the Industrial & Commercial Development Corporation (ICDC), where he played an active role in turning its investments into becoming an independent player. (ICDC Investments has since metamorphosed into Centum Investments). In 1999, John was appointed as an inaugural board member at the Communications Commission of Kenya (now the Communications Authority of Kenya), a time which saw Safaricom and KenCell (now Airtel) licensed, thereby setting off the mobile telephony explosion that has transformed the Kenyan economy.

John’s first stint as a public sector board chairman was in 2012, when then President Mwai Kibaki appointed him inaugural chairman at the Konza Technopolis Development Authority, the spearhead of Kenya’s bid to build an African Silicon Savannah.

In 2015 John’s career took a most dramatic turn, if not path, with his appointment as chairman of the Kenya Pipeline Company (KPC) board. This is a non-executive position, with John, customarily not expected to do more than chair board meetings and otherwise stay out of the way, in keeping with what had hitherto been the accepted passive role of board chairs in state owned enterprises (SOE).

Until then, KPC had a long history of being the poster child of public sector corruption, with regular accusations of theft of scarcely believable sums from the company. Coming from the private sector, with its high reputation for effective action, John was faced with the choice of either letting the long entrenched corporate culture of impunity continue, or confronting it headlong at whatever cost.

He chose to confront and change this culture, thereby and predictably setting off a fierce, highly public and sustained backlash from within and without the confines of KPC. John had to contend with many false accusations, usually sponsored from outside the media, but executed by an inept media in a bid to besmirch his impeccable reputation and slow him down. The allegations of high-handedness and perennial interference with management, alternating with accusations that he was in fact the mastermind of the numerous heists of monies were relenting. After thorough forensic investigations and independent audits, all these accusations have been found inevitably lacking in substance or detail and more so, to sponsored campaigns to besmirch an incorruptible individual, hell bent to snuff out the cancer of grand larceny from the corporation’s coffers.

A less determined person would have given up in the face of such vicious attacks, but John stuck to his guns, calling out issues, being frank about lapses and failures, not being shy of engaging Kenyans – especially through the same media and in parliamentary summons – and relentlessly pushing management to put all stakeholders first: customers, employees, shareholders and host communities.

The difference this change in board leadership style made from an active role in chairing the KPC board from a passive envelop chasing, is so startling that it has become the default style for any chairman seeking to turn around the effectiveness and efficiency of the SOE they are entrusted with to lead. In contrast to previous years when there were periodic outcries about fuel shortages, John has exited KPC having ensured that this strategic SOE provides the country and the region with uninterrupted fuel supplies.

In addition, major fuel leakages are tackled in an open, transparent, prompt and decisive manner. Past and current financial scams are exposed as a routine, investigated and prosecutions initiated. Systems have been put in place and controls have been tightened, resulting in better financial outcomes.

From being a lacklustre and occasional dividend payer to the exchequer, KPC has become a major contributor. For instance, in the 14-month period between November 2019 and January 2021, KPC paid KES 19 billion to the Exchequer in ordinary and special dividends and in other social payments, while continuing to meet all its financial obligations without any recourse to the Exchequer.

The company has also become a star performer in the Access to Government Procurement Opportunities (AGPO) initiative targeted at special groups. And, recently, during the worst of the COVID-19 pandemic period, KPC led the way among corporates, both in public and private sector, in coordinating the mass production and distribution of free sanitisers and face masks to vulnerable Kenyans.

Most notable, John’s stint as KPC chairman decisively redefined the role of SOEs chairmen into one of active leadership, engagement, and assumption of visible responsibility and accountability, a cue that has since been taken up by many other parastatal chairmen of boards and a best practice as recommended in good and recent corporate governance literature.

When John retired from Stanbic Bank in 2015 upon his appointment as KPC Chairman, he co-founded Eagle Africa Capital Partners Limited, a financial advisory boutique. He has also taken on other non-executive board positions. Notable among these is his chairmanship of Carepay, the owners of the M-TIBA platform, the mobile phone-based health wallet that currently has over 1 million registered users, and has on its digital register a clientele of over 320,000 households in NHIF under the pilot Universal Health Care programme in Machakos, Kisumu and Nyeri. John is also a non-executive director at Base Titanium and Kenya Airways Plc.

In August 2020, President Uhuru Kenyatta appointed John the chairman of the restructured and rebooted ICDC board of directors, where in the late 1990s he had served as a non-executive director. The special mandate is to oversee the implementation of the Kenya Transport & Logistics Network, an ambitious project to develop a world class integrated transport network through aligning the operations of the Kenya Ports Authority, Kenya Pipeline Company and Kenya Railways Corporation, this responsibility earning him the unofficial title of super chairman.

Asked to describe himself, John lists the key attributes that have shaped his career: he is gregarious and enormously self-confident; he possesses copious amounts of drive, determination, energy, and an absolute will to win; and he is an excellent mentor and trainer, a strong leader and team builder. Yes, that sounds like John! He is always in it to win.

He is an outspoken champion of a “neo-African attitude” that he describes as believing we can better ourselves and our circumstances, so let’s stop whining about past injustices. “Instead let’s focus on sorting out our problems and cease relying on foreigners and or on foreign aid to do the job for us.” But he also recognises that Africa must be plugged into the global economy; be innovative, adventurous and adaptable; and be willing to take risks but not cut corners.

There is one sting in the tail: John Ngumi is in everything he does, thinks and writes, in it to win. His influence is enormous, in government, outside government!