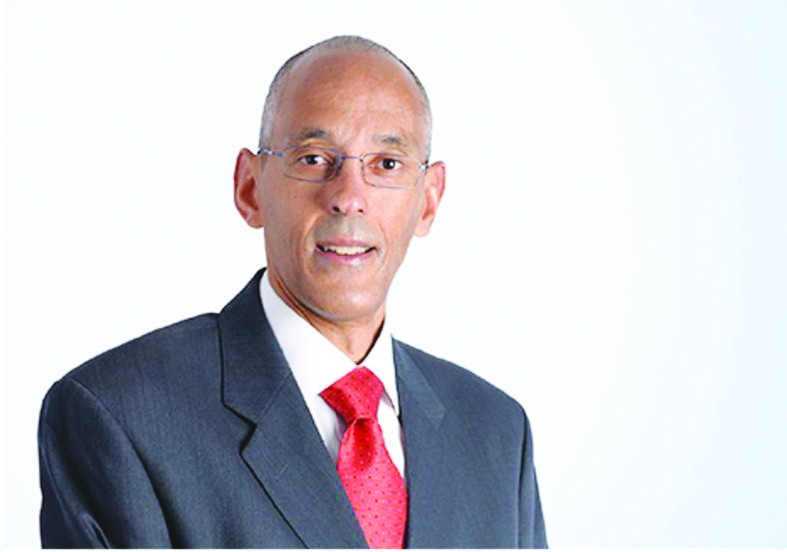 Those who sit on the board of CMA aver that James Ndegwa is a man whose integrity cannot be called into question. They postulate that, State Corporations have very good procedures, if properly observed, for managing competing interests when they arise, and that James would recuse himself whenever the occasion arises.

CHAIR OF BOARD: CAPITAL MARKETS AUTHORITY

According to a response to a question put to the 20 chairs from 13 countries attending the high impact executive development programme at INSEAD for board leaders; “What makes a good chair today?”, good chairs know whom they are accountable to and it’s not shareholders or employees.

This quote from the INSEAD article co-authored by Stanislav Shekshnia an INSEAD Affiliate Professor of Entrepreneurship and Family Enterprise and the Co-Programme Director of Leading from the Chair, one of INSEAD’s Board Development Programmes and a contributing faculty member at the INSEAD Corporate Governance Initiative and Timothy Rowley, a Professor of Strategic Management at the Rotman School of Management, University of Toronto and a visiting Professor of Strategy at INSEAD,  best describes James Ndegwa, the chair of the board of the Capital Markets Authority.

The Capital Markets Authority is an independent public agency established by an Act of Parliament, Cap 485 under the National Treasury and Planning. The Authority came into being on December 15, 1989 when the Act was passed and was inaugurated in March 1990.

The CMA is a regulating body charged with the prime responsibility of supervising, licensing and monitoring the activities of market intermediaries, including the stock exchange and the central depository and settlement system and all the other persons licensed under the Capital Markets Act. It plays a critical role in the economy by facilitating mobilization and allocation of capital resources to finance long term productive investments.

James Maina Ndegwa is a son of Philip Ndegwa, a globally recognized Kenya economist, entrepreneur, former Governor of the Central Bank of Kenya and patriarch of one of the country’s most respected names in entrepreneurship, with clear and indelible footprints in real estate, financial services, insurance and re-insurance and in high quality manufacturing. He formed the First Chartered Securities Group as a vehicle to create and build wealth in various sectors of the economy.

As he served his country with sterling performance, selflessly creating and recreating one national institution after another, Philip Ndegwa structured boards of directors composed of individuals of integrity, including we now call independent non-executive directors to oversight the top management of his businesses, and avoided conflicts of interests.

Philip Ndegwa was educated at Makerere and Harvard Universities and began his working life as a Research and Tutorial Fellow at Makerere before joined the civil service in 1965 as Senior Planning Office in the Ministry of Economic Planning & Development. Over the next three years he rose to be Chief Planning Officer and then Permanent Secretary. He would later serve as a Permanent Secretary in the Ministry of Agriculture in 1969 before becoming Permanent Secretary for Finance & Planning in 1970. Towards the close of 1974 Mr Ndegwa was seconded to the United Nations Environment Programme initially as Economic Advisor before becoming Assistant Deputy Executive Director. In 1978 he returned to the civil service as Economic Advisor to the President and in addition was appointed Executive Chairman of the Kenya Commercial Bank in November 1979. Mr Ndegwa became the third Governor of the Central Bank of Kenya in December 1982, an office he held until January 1988.

Mr. Ndegwa played a key role in the privatization of Kenya Airways which he served as chairman from 1991 to 1996 and was also the first chairman of Kenya Revenue Authority. Besides his public service duties and business interests, Mr Ndegwa maintained a keen interest in academic pursuits, particularly in relation to economic development and research. He also undertook a number of international assignments including in 1987 when the United Nations Secretary General appointed him to a panel of international economic experts charged with examining Africa’s debt crisis and recommending policies to address it. Mr Ndegwa also wrote several books, the last of which was ‘Africa to 2000: Imperative Political and Economic Agenda’, published in 1994 and co-authored with Reginald Herbold Green.

Philip Ndegwa founded what would become known as the First Chartered Securities (FCS) Group in 1974 with 20 other shareholders. Their first major acquisition was the purchase of the Insurance Company of East Africa (ICEA). Following the merger of ICEA and the Lion of Kenya Insurance to form the ICEA LION Group, the entity would become one of Eastern Africa’s largest insurance companies. The Group is also the majority shareholder of the region’s first private reinsurance company, East Africa Re.

In banking, FCS merged its bank, AMBank with National Industrial Credit having bought out the Barclays Bank interest in 1996 and the institution became NIC Bank PLC. NIC Group PLC recently merged with the Commercial Bank of Africa to form the NCBA Bank group, whose Kenya bank board is chaired by Isaac Awuondo and James chairs the NCBC Group PLC.

In real estate, FCS’ assets include the ICEA LION Centre, Riverside Park, Lion Place among others.

FCS has also made forays into other sectors, including logistics, agriculture, milling and beverages.

Philip Ndegwa died on 7 January 1996. As a tribute, the United Nations released the multi-author research volume ‘Renewing Social and Economic Progress in Africa: Essays in Memory of Philip Ndegwa’ in the year 2000.

The upbringing and the influence of his father may have ingrained in James Ndegwa the three main characteristics of good chairs; personal humility; listening, while challenging and supporting the board and the ‘guts’ to do what is right for the company, not the shareholders, employees or the family. This is what is currently conceptualized in the corporate governance academic discipline as business sustainability and creation of social value to all the stakeholders where a company is doing business.

According to the INSEAD article, it starts with humility. A good chair knows who they work for and is ultimately accountable to the organisation of which board they lead. Not its stakeholders – shareowners, customers, employees, executives, but the institution itself.

A good chair unequivocally understands his/her role – to lead the board of directors. The board is a very special institution at every company – it meets only a few times a year for a few hours, but makes decisions that define the organisation’s destiny for years to come, according to the INSEAD article.

To lead the board is a challenging and noble undertaking, but many chairs are not content with this role and try to move beyond it to leading the company, leading its management team or leading its public relations’ efforts. In the particular INSEAD programme we are tapping from in orderly to appropriately frame James Ndegwa, the participants agreed that in most cases such duality reduces the chair’s effectiveness in executing his/her core role – to lead the board. The consensus was that a good chair gets the board to work seamlessly before taking on any additional roles. This is James Ndegwa at FCS, at NCBA Group and at the CMA.

Those who seat on the board of CMA aver that James is a man whose integrity cannot be called into question. They postulate that, in truth, State Corporations have very good procedures, if properly observed, for managing competing interests when they arise, and that James would recuse himself when the occasion arises.

He also served as the managing director of Lion of Kenya Insurance until 2003, before taking over as the chair of the board at FCS.