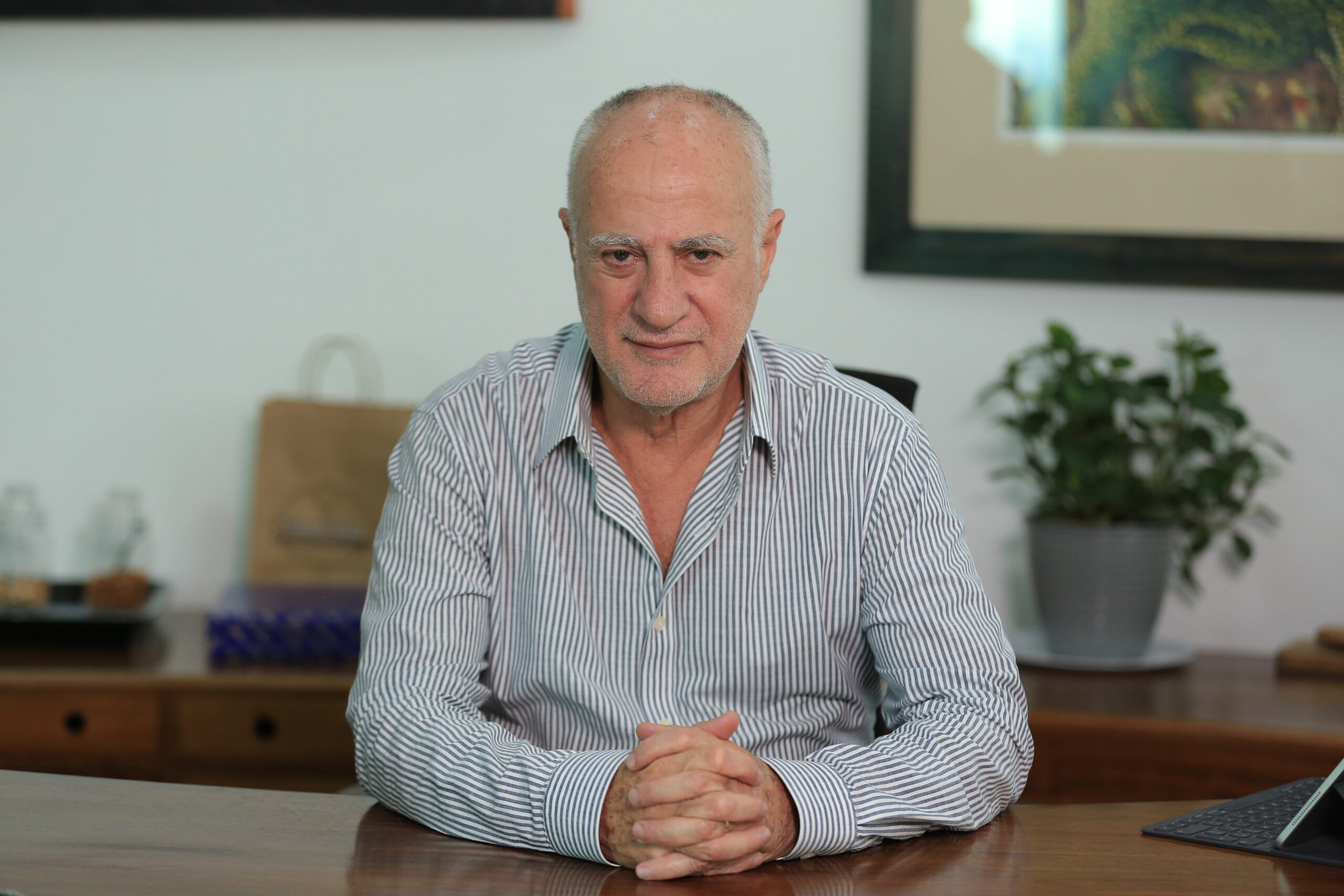 In 2020, Michael Joseph was appointed chairman of Safaricom, replacing the long serving Nicholas Nganga. New opportunities facing Safaricom will include the possible entry into Ethiopia.

CHAIR OF BOARD: SAFARICOM AND KENYA AIRWAYS PLC

Michael Joseph first made national and global headlines with the successful launching the M-Pesa in 2007. The use of corporate social responsibility to shove the fortunes of Safaricom’s plummeting shares was then to become the first CEO in Kenya to use a deliberately well-crafted CSR campaign strategically as a sustainable business strategy.

Michael Joseph’s corporate life started many years ago with senior roles in South Africa, the USA, Argentina, Brazil, Peru and Hungary. However, here we will concentrate on his corporate life in Kenya which began in July 2000 when he came to Kenya as the founder CEO of Safaricom, then a joint venture between Vodafone UK and Telkom Kenya.

Although hard to believe now, the early years of Safaricom were tough, challenging and stressful for Michael and his colleagues but, they admit, they were enormously enjoyable as well. They had very little capital at their disposal, lacked sufficient market data to make insightful decisions, and were the first to admit that they made not a few mistakes. The turnaround started in 2003 after reaching over a million subscribers, with the successful launch of Safaricom’s first corporate bond when it became a household name, thanks to its uplifting corporate social responsibility (CSR) philosophy-what Absa Bank’s CEO Jeremy Awori calls embedding sustainability as a strategic business principle and practice with the objective of creating incremental shared value for all the stakeholders, both in the ways we do business but also in the services and goods on offer.

Michael made many decisions at that time which with hindsight we can see formed the building blocks of the subsequent success of Safaricom but which at the time were based on dubious data and more on his gut instincts. Two very important ones were the emphasis on innovation, with many new products launched that changed the lives of their customers (inevitably, not all of them succeeded); and the drive to see its CSR projects (typically through sponsorships) touch as many people’s lives as possible.

It was the introduction of M-Pesa in 2007 that proved transformative. M-Pesa was based on an idea sponsored by DfID and designed by Vodafone, initially as a product for the disbursement and repayment of micro-finance loans, and then brought to life by Safaricom as a true mobile money system. Michael’s role was to drive the adoption and penetration of M-Pesa in its first 12 months by pushing the envelope, not least by driving his team to attracting as many customers as possible so that the product would go viral.

A massive distribution network was essential for success and, although the company faced many challenges during this time, Michael was his usual relentless self in driving the team to maximize the number of dealers, and the rest, as they say, is history.  M-Pesa played a major role in supporting the peace efforts during the 2008 post-election violence, which proved both its value as a social enterprise project and as a contribution to both the financial and operational success of Safaricom. Since then, M-Pesa has become intrinsic to the social and economic fabric of the Kenyan life… and to the wellbeing of Kenyans.

In 2007, Safaricom became a public company, unfortunately coinciding with the worldwide economic meltdown. As a result, Safaricom shares, which were listed at KSh5 per share, dropped to KSh2. Michael had to deal with being blamed for the downturn, being vilified by the Kenyans who had invested heavily in the shares. But, of course, the shares recovered and went from strength to strength, to the point that they are now trading at over KSh36 per share.

In 2010, Michael Joseph stepped down as CEO and, after a one-year sabbatical as a Fellow of the World Bank and a consultant to the Bill and Melinda Gates Foundation, he took on the role as Mobile Money Director for Vodafone, through which he introduced M-Pesa to Tanzania, Mozambique, Lesotho, DRC, Egypt, Albania, Romania, India and South Africa. In the beginning this was a difficult journey, with as many of the companies not appreciating the medium- and long-term benefits of mobile money to them. Unfortunately, Vodafone had to admit defeat in India, South Africa, Albania and Romania, which still leaves a bitter taste in his mouth as he firmly believed then and still does today that had they persevered, these companies would today be benefitting hugely from the unique benefits of M-Pesa.

First forward. In 2017, Michael was head-hunted by the President of Kenya and requested to take on the role of Chairman of Kenya Airways. He was somewhat reluctant to do so, as firstly he knew he was more of a hands-on operational executive, and secondly, he was not fully familiar with what would be required of him. He never guessed quite how difficult this job would be, as the company was going through most difficult times and in a very bad shape both financially and operationally, with many serious issues: from insufficient cash to pressure from unions; from insufficient revenue to high operational costs, particularly when compared to its nearest competitors. Every aspect of the airlines operations was struggling and staff morale at its lowest ebb.

When Michael joined as Chairman, Kenya Airways was also in the middle of a financial restructuring, which generated its own momentum. This was coupled with a management review, many of whose elements promised eventual economic success but were heavily reliant on many other uncertain dependencies.

Michael is the first to admit that the final outcome of this financial restructuring did not really solve the fundamental problems. This was then followed by an unsuccessful attempt to form a private/public partnership with the Kenya Airports Authority, and a possible nationalisation (now being pursued in parliament).

Just as Kenya Airways started to see light at the end of the tunnel, Covid-19 pandemic struck. For Kenya Airways as for all worldwide airlines, the effect was devastating. Almost immediately, the KQ fleet was grounded, with zero income flowing in while high fixed costs continued. Even after the resumption of flights, the future remains uncertain, with the airline forced to live from day to day.

To come from starting and operating one of the most successful companies in Eastern and Southern Africa to being involved on a day-to-day basis as chairman of a struggling airline has been really hard to deal with for Michael—as it would indeed be for anyone. We would readily understand if he were to be disheartened and discouraged by the daily challenges, so gleefully and mostly negatively covered by the media. But what keeps him going is his burning desire to save Kenya Airways as a strategic asset of the country and to protect as many jobs as possible for the loyal and hardworking Kenya Airways staff.

The normal role of a chairman is upended in these times of crisis, as it goes far beyond merely running regular standard board meetings to offering intense support to the management team—particularly to CEO Allan Kilavuka, who took the reins of the company substantively on April 1, 2020, at probably the worst time in the company’s history.

Allan has been managing the day-to-day challenges of trying to keep KQ operating despite the most adversarial economic climate and the roughest of operating conditions. It is good to be reminded that the way Allan has been conducting himself earned him the right to be among this magazine’s 25 most influential CEOs in Kenya in our last edition.

Not all has been rosy for Michael. In July 2019, after a long battle with leukaemia, Michael lost his dear friend and colleague who was his successor at Safaricom. Not only did he have to mourn the loss of his close friend, but then he also had to accept the board’s request to take on the role as Acting CEO of the company. It was both a bitter and sweet moment for Michael. He always regarded Safaricom as “his” company, watching over it as a director during Bob’s time, and relishing a chance to be at the helm again. But simultaneously he had to deal with his emotions for why this new challenge arose.

It was a challenging time for Michael, as not only did he want to make many changes but he also felt restricted due to the temporary nature of his role. It was however also an exciting time, as he set the stage for the incoming substantive CEO, Peter Ndegwa – who also featured among our 25 most influential CEOs.

In 2020, Michael was appointed chairman of Safaricom, replacing the long serving Nicholas Nganga. New opportunities facing Safaricom will include the possible entry into Ethiopia; strengthening its position in the Kenya market with improved services and products; and positioning itself in new market segments as a more broadly based technology company. With hard-charging Michael as the chairman, with the recently appointed CEO Peter Ndegwa, and the strong supporting team in place, there is no sign of incumbent complacency at Safaricom.

The zest for going from strength to strength is unabated; the assumption of ongoing serious sustainable growth is absolute. This is what leadership is about, at both board and management levels, quoting Michael Joseph.