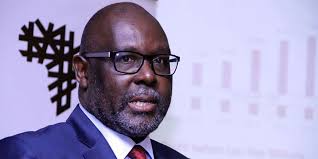 Isaac Awuondo is the chairman of NCBA Group and a former chairman of the financial sector board of KEPSA, chairman of the council of Riara University, director of Bata Shoes Company Kenya plc and Nairobi Java House, among others.

CHAIR OF BOARD: NCBA BANK KENYA

Isaac Awuondo crown in the jewel in corporate life came when HE the President of Kenya, Uhuru Kenyatta, plucked him from his very busy corporate life as the group managing director of then Commercial Bank of Africa (CBA) to co-chair with Hon. Abdikadir H. Mohammed, The Presidential Taskforce on Parastatal Reforms (PTPR).

The PTPR was tasked with the responsibility of interrogating the policies on the management and governance of Kenya’s parastatals with the aim of determining how best they would contribute to the pursuit of national development aspirations, facilitating the transformation of our country into a great land of prosperity and opportunity for all.

An experienced bank executive with a demonstrated history of working in the banking industry for a period spanning more than 33 years and very experienced and skilled in financial services, financial risk, corporate finance, business strategy, and change management, Awuondo had to release his intelligence, private sector knowledge and experience, to help in not only co-chairing the sessions, but also in framing the discussions and questions in such a way that the members of the taskforce would be clear about the context, understanding important facts as they scored through volumes and volumes of documents containing the respective mandates of each SOE and the hundreds of Acts and regulations that anchored the creations of some of these enterprises in the first place.

All these needed Awuondo’s skills, experience and multi-discipline exposure often needed of a good chair. The taskforce completed its work and delivered the report to the President on time in October 2013.

Awuondo is now the chairman of NCBA Bank Kenya PLC, following the merger between NIC Group and CBA in October 2019 that unveiled new leadership positions within the new bank entity. Before the merger, Isaac was the Group Managing Director of CBA for seven years (2012 to 2019). Previously, Isaac was the managing director, executive director and general manager of CBA between 1995 and 2012.

It is through Isaac’s commendable experience in the banking industry that CBA bank emerged as the largest privately held commercial bank in Kenya. The bank is operational in other countries namely Tanzania, Uganda, Rwanda and Ivory Coast. CBA Group was one of the strongest and ethically managed commercial banks’ offering a comprehensive range of banking services, including mobile and digitally enabled financial solutions and was recognized as the market leader in the provision of mobile lending and savings solutions, in partnership with Safaricom, Vodacom (Tanzania) and MTN (Uganda, Rwanda and Ivory Coast).

Isaac began his career when he trained at BDO Binder Hamlyn in London qualifying as a Chartered Accountant in 1984. On his return to Kenya in 1985, he joined the firm of Githongo and Company (a BDO affiliate) as an audit manager in 1985.

In 1986, Isaac was appointed as the group auditor of Nation Printers and Publishers (now the Nation Media Group) and eventually rising to be the group financial controller and company secretary.

Then in 1988, Awuondo was an executive director and chief financial officer at the Standard Chartered Bank until he joined CBA group.

Isaac was on the Board of the Capital Markets Authority (CMA) as director up to 1998 after which he was appointed Chairman, serving up to 2003. He also served as Director of Centum Investment Company (earlier known as ICDC Investments) until September 12, 2008 and Uchumi Supermarkets up to 2005.

Isaac sits on the board of several public and private organizations, including Kenya Airports Authority and Council of Riara University where he is the Chairman; he is former Chairman of the financial sector board of KEPSA and Kenya Hospital Association (The Nairobi Hospital); and director of Bata Shoes Company Kenya PLC and ArtCaffe Limited.

Since his appointment by HE the President of Kenya, to chair the board of the Kenya Airports Authority (KAA), the authority has embarked on expansion and rehabilitation of airstrips and airports as it seeks to open up tourism, boost the movement of cargo and enhance mobility of passengers across the country.

The Jomo Kenyatta International Airport (JKIA) is undergoing a major facelift. Under Isaac Awuondo’s leadership, KAA is committed to positioning JKIA as the preferred regional aviation hub in East and Central Africa.  In this regard, KAA has embarked on a renovation project to upgrade JKIA’s Terminal 1B and 1C.

The 12-month JKIA development project which is estimated to cost KES. 963 million aims to refurbish the departure halls to improve the check-in, security screening, retail operations as well as passenger lounge experience.

Once completed, the newly renovated light-filled departure terminals will deliver modern concessions and amenities that will give travelers a friendly and memorable experience. It will also ease passenger flow and increase efficiency due to the centralization of security screening procedures and the reallocation of available floor spaces to international departure gates.

“The refurbishment and facelift of the T1B and 1C aims to align the passenger experience in these terminals to match what is offered at T1A. The remodeling project is an integral part of the ongoing JKIA customer service improvement plan (CSIP) that was sanctioned by the board and formulated after the consideration of feedback from our stakeholders and customers. To expedite the implementation of this project, Airlines that have been operating from Terminal 1B and 1C are being temporarily relocated to Terminal 1A and Terminal 2.

Through his involvement in charitable and philanthropic activities, Awuondo is the chairman of the Kenya Conservatoire of Music, University of Nairobi Alumni Association and WWF Kenya; former chairman of The Rhino Trust, a conservation charity involved in preservation of environmental biodiversity; Trustee of Zawadi Africa Education Fund, an educational charity which provides scholarship support to disadvantaged girls from Africa.

Isaac Awuondo is a keen golfer, enjoys music and is a collector of contemporary African art, an area of interest for more than 30 years. He is also into classic cars and has been involved with the sponsorship of the Concours D’Elegance organized by the Italian Alfa Romeo Owners Club.