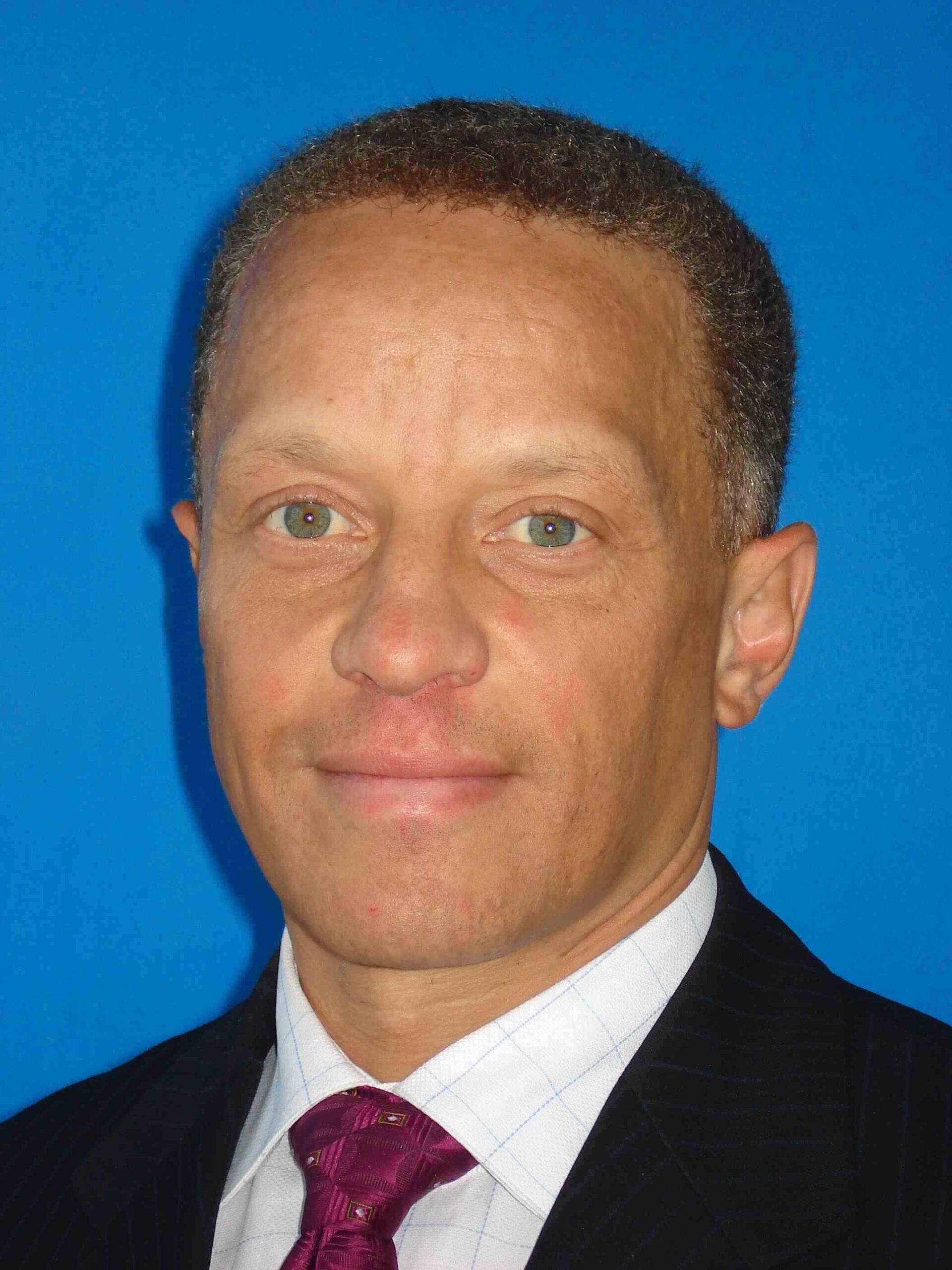 As KEPSA chairman, one of his hallmark achievements has been to lead the private sector engagement with government that resulted in the improvement of Kenya’s Ease of Doing Business ranking, and the rationalization and easing of the tax burden to mitigate the adverse effects of the Covid-19 pandemic.

The former Country general manager for IBM for the Eastern Africa (August 2013-September 2020) is in word and deed, a transformational leader who not only exudes confidence but also kindness, openness and rationality in equal measure.

These days, Nik Nesbitt is best known for being the chairman of the Kenya Private Sector Alliance (KEPSA), the highly influential private sector umbrella body that brings together most if not all leaders from the various sectors of the business community.

Indeed, it is not surprising that many who were recognized by this magazine as being among the Top 25 CEOs, and many who are now being recognized as among the Top 25 Chairpersons, have been or still are KEPSA leaders. So, being the leader of such leaders speaks very highly of Nik’s attributes.

As though this demanding position is not enough, Nik also chairs the East Africa Business Council (EABC, the apex body of all private sector organizations in East Africa. At KEPSA, he has served for two terms making him the only other Chair of the KEPSA board to achieve this.

Since he was elected the KEPSA Chair, he has displayed outstanding leadership traits in leading the Board that have helped steer the organization to achieve great milestones.  Both positions require extensive time, given that he is required to attend high-level meeting after high-level meeting, relentlessly working towards creating a more enabling environment for the private sector. As others in KEPSA’s and EABC’s leadership have found, playing this role is by no means straightforward, requiring a mix of pushiness and diplomacy, of determination and empathy. Be too impatient and you get pushback; be too gentle and you get nowhere.

Much of what leaders like Nik do and achieve must be handled quietly behind the scenes, with no media present and no consequential accolades. This means that most people have no idea of quite how much is indeed being worked on in such discrete ways, and how much focus and energy it takes. Those like Nik who devote so much of their time to such advocacy must be driven by other factors other than personal glory or ego.  They must, as he certainly is, be motivated by simply striving for the greater good of the country and the east African region.

Transformational leaders like Nik, leading behemoth institutions with diverse and often conflicting and competing interests, like KEPSA and the EABC simultaneously, put up with so many frustrations that derive from trying not only to bring the private sector to speak with one voice, but then to engage constructively with officials in government who have their own agendas and their own constraints. Just gaining access is a challenge in itself, but Nik’s wide network, his amiable demeanor and his visionary ideals allow him to reach and to influence where many others would be unable to.

As KEPSA chairman, one of his hallmark achievements has been to lead the private sector engagement with government that resulted in the improvement of Kenya’s Ease of Doing Business ranking, and the rationalization and easing of the tax burden to mitigate the adverse effects of the Covid-19 pandemic.

In the wake of the novel coronavirus, Nesbitt has been instrumental in steering the KEPSA Economic Management Framework for Covid-19 response and chairing the weekly KEPSA Covid-19 Response meetings, out of which, critical resolutions were made in the economic scene. The Economic Management Framework led to the unveiling of Economic Stimulus Measures by the government in 2020.

Nik has an easy way of bringing people together and building consensus among them, all this from such a rich and varied career. Following his studies at a pair of prestigious universities in America (his Bachelor’s and Masters of engineering degrees from Dartmouth College, and his MBA from Stanford University), he remained there to hold senior executive positions at Qwest Communications, Schneider Electric and The Boston Consulting Group (BCG).

On returning to Kenya, he formed and was the CEO of KenCall, the pioneering international call centre that included Fortune 100 clients from the US and UK. The company was recognized as the Top Non-European Call Centre globally, the fastest growing Top 100 Company in Kenya, and one of the best mid-size businesses in East Africa – with the Harvard Business School and the MIT Sloan School of Business having both written case studies on the company.

Nik was then recruited to be the General Manager of IBM Eastern Africa, where he led IBM’s operations in ten countries in the region, including the teams that managed the IBM Research Africa Lab. Nik had earlier led IBM to invest heavily in its East African regional hub and to open IBM’s Research Lab in Nairobi, the only one in Africa. Under his leadership IBM delivered extensive and transformational change through the technology solutions it offered in several government ministries and agencies.

He has also spearheaded different business meetings both locally and internationally including leading Kenyan business executives during the Kenya-France business forum hosted by MEDEF in Paris on 2nd October 2020, which was held in honour of H.E President Uhuru Kenyatta on his official visit to France.

Nesbitt wears many hats, including being a board member of the Vision 2030 Delivery Board, Central Bank of Kenya, Commercial Bank of Africa (NCBA), American Chamber of Commerce, AMREF Flying Doctors, Kenya School of Monetary Studies, Multimedia University and Gateway insurance. He is also an active member of the Young President’s Organization (YPO), a global organization supporting leading CEO’s.

Nesbitt has been profiled frequently in global and regional media as a thought leader and visionary and has been a frequent speaker and panelist on entrepreneurship, innovation and leadership at conferences in Kenya and around the world.

The President of Kenya awarded Mr. Nesbitt a presidential honor, the Order of the Grand Warrior (OGW), in recognition of his pioneering spirit and accomplishments in creating the Kenyan BPO industry.

Nik lives by this definition of success. As one of a rare breed of transformational leaders in business in East Africa, Nik traits include an understanding of what needs changing irrespective of the member’s background in a public discourse of contentious issues, the ability to stimulate the intellect by challenging people’s preconceived notions during debates on the Television (TV) through his oratory skills, having a knack for encouraging an all-inclusive participation, for instance in KEPSA’s Media Wall, a talent for encouraging genuine , honest and compassionate communication, and Nik promotes loyalty within reason from the business people he leads, has a sense of the bigger picture, has a high degree of empathy and unquestionable personal integrity.

One thing we can say for sure: Nik is a chairman of extraordinary potential, and thanks to his outstanding wit, intellect and character, he has been fulfilling this admirably. Who knows what further ways he will find to be of positive influence in society? But, it is not in doubt that he will continue making big and uplifting waves, and not just in Kenya.

Nik is one chairman who leads with vision and keeps the usual chair person’s ego in check. This is as a result of a strong upbring and the activities and societies he was involve in during his formative years:  Squash Club, Rugby Club, Green Key, Student Council.

Nicholas (Nik) Nesbitt is a keen golfer and mountain biker, who also enjoys safaris. Those who work closely with Nik on boards of leading corporations aver that by breeding and temperament, Nik is a chairman who is self-effacing and cultured.