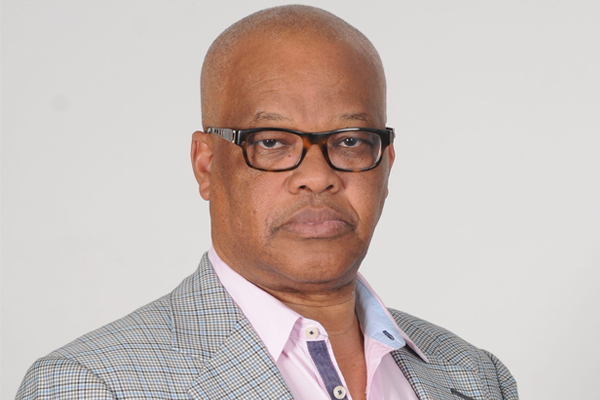 In one of his great and incisive articles, one of the most respected and knowledgeable business columnists, Mike Eldon, says this of John Ngumi: ‘John is the “Super Chairman” and a no stranger to the unexpected and the different, the intrigues and the challenges, of chairing large and influential private and public sector institutions.’ Yet another one who prefers to remain anonymous, adds that John Ngumi is a rare breed of business leaders. ‘He mentors his colleagues, nudges on newly appointed directors and is unapologetic about his support for gender mainstreaming in boards, both private and public.  It is hard to meet a Chair of Board, especially of a State-Owned Enterprise (SOE) who has not benefitted from John’s tremendous board experience and his favourite mantra; good corporate governance at whatever the price,’ adds the anonymous admirer of John Ngumi.

Upon graduating with a BA 1st Class Hons degree in Philosophy, Politics and Economics from St. Peter’s College, Oxford University, United Kingdom, John Ngumi joined the Corporate and Investment banking. John started his banking tour of duty at the National Westminster Bank, London in 1980, and the rest, as they often say, is history.

In the numerous tours of duty, John helped set up market leading regional investment banking franchises for Citibank and Standard Bank. After all, John had established himself, through thorough dedication to work and good work ethics, as East Africa’s foremost corporate and investment banker. He also led East Africa sovereign and DFI engagement with international capital markets through pioneering Eurobond and syndicated loan transactions.

John Ngumi was a key player in setting up a consultative framework between market players and the Central Bank of Kenya, which led to the successful relaunch of the Kenya Government listed Treasury Bond programme, and its rapid development to become one of the mainstays of the Government’s debt raising strategies.

As the inaugural Chair of the Board of the Konza Technopolis Development Authority, John led the Government’s drive to achieve “Silicon Savannah” status for Kenya.

John retired from formal banking employment in 2015 on appointment as Chair of the Board of the Kenya Pipeline Company (KPC), a key state agency responsible for operating a 1,400km petroleum pipeline network supplying Kenya, Uganda, Rwanda, Northern Tanzania, Eastern DRC and South Sudan.

Before this, John co-founded one of Africa’s locally owned investment banks, the Loita Capital Partners Group and has led innovative financial transactions in diverse sectors including telecommunications, energy, manufacturing, aviation, energy and infrastructure.

At KPC, John cut his teeth in good corporate governance practices that would soon see him emerge as one of the country’s top to-go-to executive turnaround honcho, that would enable KPC emerge as the star state owned enterprise (SOE) in Kenya. KPC has since become a SOE responsible for supporting other state enterprises and lending a helping hand to government’s wider social mandate.

Ngumi would later step down from the helm of the KPC Board to take on the Chair of Board at the Industrial and Commercial Development Corporation (ICDC), another strategic SOE. Through an executive order, ICDC was subsequently charged with the additional mandate of coordinating and integrating the operations of three of the largest state-owned corporations in Kenya, KPC, Kenya Ports Authority and Kenya Railways Corporation under the Kenya Transport & Logistics Network, with John Ngumi at the helm, not only as Chair but also leading from the front in its strategy, planning and development.

John Ngumi serves as Chair of a number of Boards of leading companies in fibre, digital health insurance, aviation and in manufacturing.

Befitting of this high-profile top investment banker with high voltage connections and goodwill in the corridors of power, John Ngumi has always been appointed by successive heads of state to tasks where the stakes are extremely high for the national treasury. The latest, the Presidential Taskforce on the Review of Power Purchase Agreements (PPAs) whose report is dated 29th September, 2021 had as its primary term of reference to undertake a comprehensive review and analysis of the terms of all Power Purchase Agreements (PPAs) entered into by the Kenya Power and Lighting Company Limited (KPLC) with a view to reviewing the cost of electricity in Kenya, was delivered on time under John Ngumi. The President immediately called on John Ngumi, to lead in its implementation, a rare feat in the handling of findings of task forces in the country. By extension, the new appointment is a vote of confidence in the strategic quality of the findings and indeed, its leadership.

Arising out of the findings of the report and already as a long hanging fruit of its achievements, KPLC has been declared a special government project, complete with an inter-ministerial team set-up to audit and oversee its reforms, with an announcement of the first 15% reduction in the cost of electricity already announced.