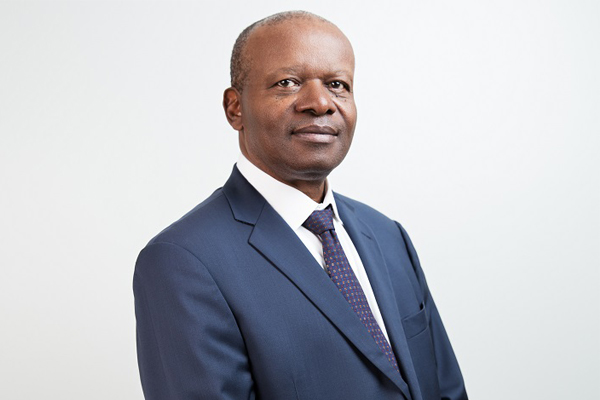 Prior to joining the World Bank, Vincent worked at the Central Bank of Kenya and trained in credit and banking with Citibank in Athens and National Westminster Bank in London.

Vincent Rague is the group chairman of UAP Old Mutual Group having been elected by the board as the chairman on June 23, 2021, replacing the long serving chairman, Dr. Joseph Barrage Wanjui. He was initially appointed to the board as an independent non-executive director on June 1, 2018. UAP Old Mutual Group is a diversified financial services group, comprising Old Mutual, UAP Insurance and Faulu Microfinance Bank.

UAP Old Mutual saw Vincent as a worthy successor to Dr. Wanjui, who stepped down as chairman after having served more than nine years as chairman in accordance with the company’s succession planning and adherence to good corporate governance practices.

He is also the Chairman of Jambojet, a wholly owned low-cost airline subsidiary of Kenya Airways PLC and of the Nairobi International Financial Centre (NIFCA). He also serves a Non-Executive Director on the Board of MTN Group and sits on the Global   Advisory   Council   of the   Darden   Business School, University of Virginia and the Advisory Board of FinDev Canada.

Until 2009, Vincent worked in a variety of increasingly senior positions at the World Bank Group, specifically the International Finance Corporation (IFC) in Washington, DC, with international postings to Johannesburg, South Africa as IFC’s first Regional Director to South Africa with responsibility for establishing and managing IFC’s operations in Southern Africa, and then to Istanbul, Turkey as Head of IFC’s financial markets and advisory operations in Southeast Europe and Central Asia. Prior to joining the World Bank, Vincent worked at the Central Bank of Kenya and trained in credit and banking with Citibank in Athens and National Westminster Bank in London.

From October 2010 to June 2013, Vincent served as Senior Financial and Private Sector Advisor to the National Treasury, Government of Kenya.

Vincent is best remembered for the visionary speech he delivered during the second annual Darden Africa Business Conference ‘Africa: Open for Business.

Vincent who is the Co-Founder and Director, Catalyst Principal Partners had the following to say, and this he did with unparalleled oratory and speech delivery skills. We quote here verbatim, in order not to lose the lustre therein: “For a long time, when people talked about Africa, they talked about civil wars, hunger, dictatorships, et al. One has to bear in mind that with more than 50 countries, Africa today, has only a handful of turbulence spots; I think there are no more than three, four, five countries at any one time that are experiencing civil strife. That’s a 90 percent area of stability, which is remarkable for a continent of that enormity.”

He then demonstrated with the aid of a map showing the magnitude of the continent, which could hold the areas of some of the world’s largest countries.

He posited that, “Africa has one of the fastest growing middle classes in the world, with some estimates showing that the middle class in Africa today is larger than the middle class in India,”.  He explained that while instances of corruption still exist, they are largely in decline as a result of the emergence of a more vigilant activist civil society and an alert body of the African community itself. He added that the ‘emerging middle class is now more educated, has travelled the world, has aspirations, and is therefore more demanding of high levels of accountability and better political governance.”

“In addition to the middle class, Africa has one of the fastest growing populations, with rapid rural-urban migration, and that creates demand for goods and services,” said Rague in this seminal speech. Rague postulated further, that in 1990, African cities were populated by approximately 2 million people. By 2007, that number was 400 million, and projections indicate that by 2050, it will be up to 1.4 billion. “You can look at this either as a negative [or a positive], but as a business person, you have to see this as a positive and an opportunity,” Rague noted, in the quoted presentation.

Mirroring this urban growth is Africa’s gross domestic product (GDP). In an analysis by The Economist, sub-Saharan Africa has been home to six of the 10 fastest-growing economies on the globe over the last 10 years.

According to him, Asia is taking note. China is the largest of Africa’s emerging partners, with more than $200 billion in trade. “At the same time, there has been a shift from dependence on bilateral grants and development aid to more foreign direct investment,” he explained. Where countries like Brazil, Turkey, Korea and India had little to no trade with Africa a decade ago, the trade flows are now in the tens of billions of dollars.”

Vincent’s parting words on this occasion offered advice to investors: “You cannot wait for the market to be right for you to go in. The day you do that, you lose. As they say, you blink, you lose. And Africa is at that critical inflection point where if you’re not in there today, you’ll have to pay a higher price to come in later.”  Enough said. These words mirror Vincent Rague and are the most befitting introduction for the new Chair of Board of the UAP Old Mutual Group.