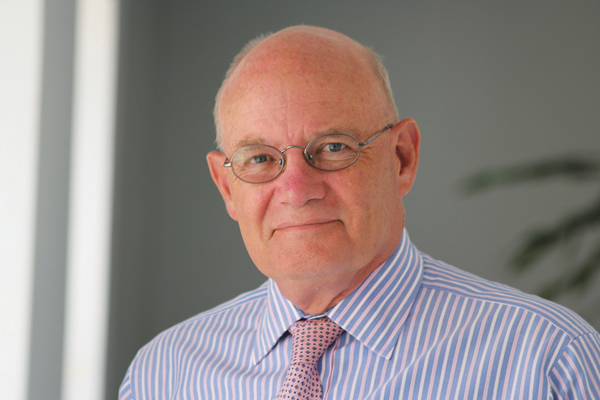 Alec is a born Kenyan, his forebears having originally settled in early colonial days. After local schooling at St Mary’s in Lavington, Alec attended his university education in the UK.

Alec Davis is a seasoned Chairman holding the role in two organisations, at Davis & Shirtliff in an Executive capacity and at Gertrude’s Childrens’ Hospital in a non-executive capacity.

Davis and Shirtliff is a family-owned enterprise (FOE) founded by his visionary father 75 years ago and which Alec has led for over 25 years, having instituted good corporate governance, a rare achievement in FOEs. To Alec’s credit and indeed the professionalism he infused at board level and in management, Davis & Shirtliff has become the leader in the water and energy industries, with over 80 regional branches in 9 countries and over 1000 staff. It is a true Kenyan multi-national and has built a strong pan-Africa presence through its own Dayliff brand.

He has been involved with Gertrude’s Hospital, which is a not-for-profit trust, for over 20 years where he first joined as a Board member. With head held high up, Alec has held the Chairman’s position for over 10 years.

Gertrude’s is a major national institution with over 800 staff operating from 11 Outpatient Clinics as well as the main 75-bed Muthaiga hospital. It has built a strong reputation as the region’s leading paediatric care facility. Thanks to Alec’s and his colleagues on the Board, Gertrude’s Hospital is recognised as one of Kenya’s best run medical institutions.

These two institutions are very close to Alec’s heart. He is proud of the progress these organisations have made during his tenures, both having made major contributions in their fields and both are respected industry leaders in their respective area of specialization.

Alec is a born Kenyan, his forebears having originally settled in early colonial days. After local schooling at St Mary’s in Lavington, Alec attended his university education in the UK. He is an accomplished engineer by training and also holds an MBA degree from the Manchester Business School.

Alec returned to Kenya on graduation and has spent his 45-year career growing Davis and Shirtliff from humble beginnings as a small enterprise to the national and continental brand it has become, and a market leader in water and energy activities.

He relinquished his role as CEO five years ago, to become chair of board through a carefully crafted succession plan, as per the tenets of good corporate governance best practice, another rare practice in family-owned enterprises (FOEs). Alec took the role as Chair of Board, leaving daily operational management to an effective executive team that includes his two sons and led by David Gatende as the CEO.

With his extensive experience and also from observation of the how other boards operate, Alec has developed strong beliefs on what makes a successful Chair of Board, a role he considers to be central to any organisation’s success and which should be one of guidance and consensus building between the various organisational constituencies. Key attributes for this success are the values he constantly espouses, and promotes, of Integrity, Quality and ‘Altiora Peto’, his old school motto, that means always seeking continuous improvement, and which he strongly communicates by example. These are the values of Davis & Shirtliff. True to the calling of corporate governance, Davis & Shirtliff is a role model for living them rather than just pasting them onto their notice boards and company website. As with any organisation, its values reflect those of its founders and leaders, and nowhere is this more eminent than at Davis & Shirtliff.

A complementary aspect of Davis & Shirtliff is that it explicitly aspires to be world class, and again it takes this aspiration seriously, as reflected in its vision. It relates to how it handles its staff, customers and other partners; how it continuously innovates and improves; how it manages its supply chain and its branches; and how it adopts state-of-the-art systems and controls. Way before concepts such as good governance and business sustainability became fashionable, Davis & Shirtliff was not taking these concepts for granted, just as it assumed that a natural aspect of its operations is supporting the many communities within which it operates through CSR projects aligned to its clean water and energy projects and through which it lives its purpose to ‘Improve Lives’. This earns Davis & Shirtliff several pages as a good case study for any serious business school.

Being a Chair of Board is often a challenging role, Alec admits, maintaining alignment of priorities between the key parties in any organisation, the shareholders, the Board and the Executives, acting as a conduit and arbiter of the various interests, and defusing conflicts and misunderstandings. Alec believes that to be effective, a Chair of Board must deeply understand the organisation he leads and its dynamics, thoroughly debate and agree strategic priorities, be open and communicate so there is fully shared information, and take quick action to resolve problems, especially organisational issues.

Alec Davis further believes that an effective Chair of Board, working through a supportive Board, has the following main responsibilities:

To appoint the right executive team; ensure they have the required physical, manpower and financial resources; agree strategy and operating objectives, both qualitative and quantitative and then let the management team execute without interference, though of course there must be regular reporting to the Board to assess progress on achievement of the defined objectives. He believes the Chair of Board should operate both formally through structured Board meetings but also informally by giving support and advice to the executive team especially the CEO through regular and open communication.

He also believes strongly that commercial entities have a wider moral responsibility to all stakeholders including staff, customers, suppliers, and the wider community, including government, whose well-being depends on the organisation’s success. Though traditionally the shareholder takes precedence, that interest must not dominate the decision-making process. There is often a conflict between the shareholders’ short-term cash distribution demands and the organisation’s longer-term development opportunities, and this must be well managed… bearing in mind that generally, long-term growth and development tend to better serve the shareholders’ interests.

The other key area of responsibility, and of increasing importance, is compliance and ensuring that the organisation fulfils its obligations, especially as those that do not recognise their wider responsibilities in these areas will ultimately face both internal and external problems and exposure to all manner of risks. In the modern environment, there are many other factors to address, including ESG and equality issues as well as the increasing regulatory requirements that can severely negatively impact on organisations if not well managed. These need to be handled by effective use of the Board through appropriate committees with specific responsibilities to oversee the Executive and ensure that there is compliance in all areas.

Alec has certainly made a considerable contribution throughout his career, and he sees his Chair of Board’s roles as the opportunity to productively share his extensive experience and knowledge while leaving executive responsibility to younger energetic management teams. This approach optimises the resources available, and when effectively executed, creates sustainable organisational success to the benefit of all stakeholders.