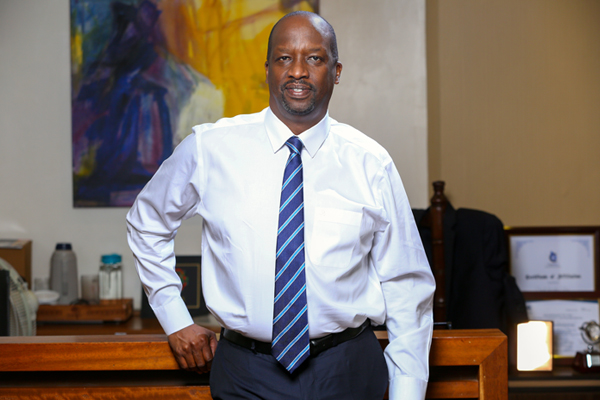 Kiprono Kittony loves to network. In the course of his travels, he has built a database in excess of 10,000+ contacts consisting of professionals, businesspersons, investors and government officials.

CHAIR OF BOARD: NSE

Kiprono Kittony is the current chairman of the Nairobi Securities Exchange, the leading securities exchange in East and Central Africa.

If you ask Kip how he became a leading figure in Kenyan business circles, he will tell you it was by mistake. Kiprono Kittony, who is also the Vice Chair of the World Chambers Federation (WCF) always wanted to study Law, despite his long and distinguished career in business today.

“As a young man, I wanted to study law, but as fate would have it, I was enrolled for Commerce at the University of Nairobi. Dad told me, ‘don’t worry, you have always had the potential to be a good businessman,’ narrates Kittony, who is the immediate past national chairman of the Kenya National Chamber of Commerce and Industry (KNCCI), where he is credited with modernizing and restoring the organization to its glory during his two terms as Chair (2012-2019).

“In my early days in business, when the pull to study Law was very strong, I realized my dad was right; I had the potential to be a good businessman. But I also learnt something else in those early days, something valuable that has served me to this day. You can’t bank potential, you have to work hard,” he says, adding that “hard work has played a huge role in my business journey, a bigger role than my knack for business.”

But what does hard work look like for Kip, as Kittony is fondly called by his friends?  ‘To me, it is being constantly curious, putting in the effort to learn and partnering with others where there is a knowledge or skills gap’, Kip explains. To illustrate this, he points to his diverse business interests, which have expanded over the past three decades to cover media, technology, telecommunications, agriculture and hospitality.

“I wear many hats, and this requires a real commitment in terms of time and networks. You need to put time into building teams and networks. You can’t do everything alone. Even Bill Gates has 24 hours a day and needs a team,” he quips.

Kittony loves to network. “As chairman of the KNCCI and a business man, Kip has travelled to over 75 countries. In the course of these travels, he has built a database in excess of 10,000+ contacts consisting of professionals, businesspersons, investors and government officials. Networks help if you want to progress in any meaningful endeavour,” he says.

So, with all this on his plate, did he manage to study Law? Yes. Kittony holds two degrees from the University of Nairobi. Bachelor of Commerce and Bachelor of Law. He also holds a Global Executive MBA from USIU-A in conjunction with Columbia University.

He loves to spend his free time with his family, both in Nairobi and at his farm in Kitale, where he grows and processes coffee, keeps dairy cattle, a few horses and ensures Sirwo Resort and Cranes Haven, two luxury hotels his family operates in the area, live up to their reputation for excellence for the benefit of their customers, who frequent the two hospitality setups from all over Kenya and from Uganda.

Kiprono Kittony was awarded the Elder of the Order of the Burning Spear (EBS) by HE the President of Kenya on Dec 12 2019 for his contribution and for distinguished services to the country, in the sphere of business leadership.

Highlights in Kittony’s life include: Founding Chairman of Radio Africa Group, a leading media house, vice chairman World Chambers Federation in Paris, where he represents Africa, chairman of My Jobs in Kenya, a leading jobs portal, CEO of Capital Realtime, one of the top 10 Safaricom dealerships, chairman of Mtech Communications, a leading pan-African tech firm,  chairman CreditInfo CRB Kenya, chairman of Betway in Kenya, director and member of advisory council of IFHA (International Fund for Health in Africa), an Amsterdam based private equity fund and past chairman of the Media Owners Association, an influential lobby group of the media industry and the AAR Insurance.

He is also a director at the Central Depositary and Settlement Corporation. He actively mentors the youth and regularly participates in several philanthropic projects.