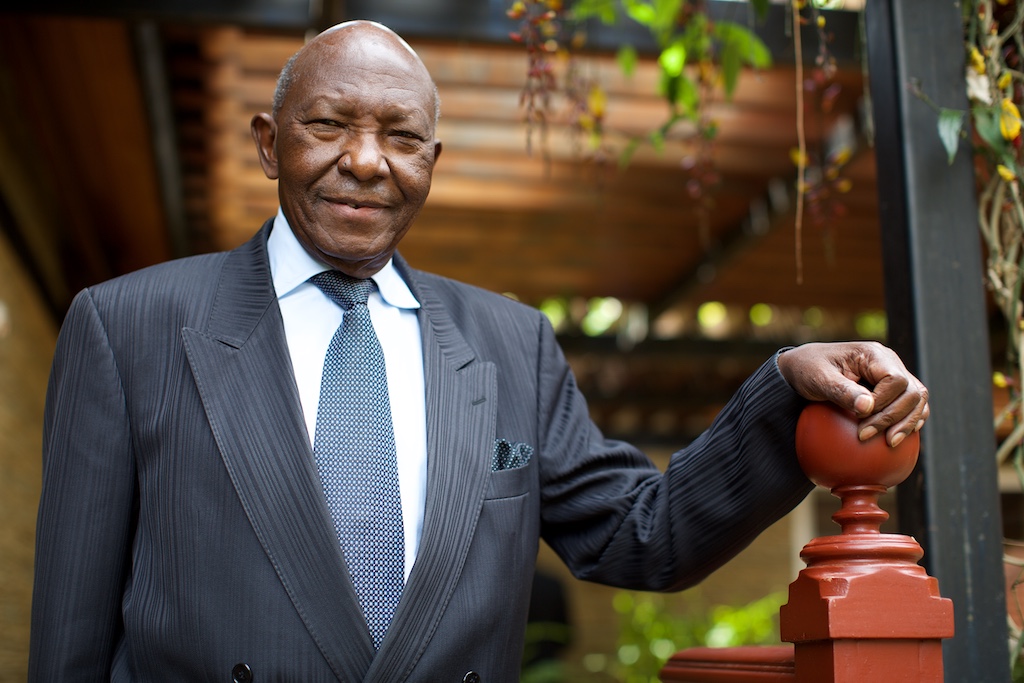 In his role as the Group Chairman, Dr. Joseph Barrage Wanjui has provided stewardship to the board and management to actualize the group’s ambition to be the largest integrated financial services group in East Africa.

And, according to him, Kenya’s political scene would have been more stable today had Raila Odinga been appointed prime minister in 2003. Dr Wanjui was a respected member of the then political and economic think tank.

Indeed, the transformation that is much hyped about the University of Nairobi, including improved corporate governance structures and ethical leadership in Kenya’s premier seat of learning, is thanks to his leadership of the institution, as the first non-President Chancellor of the university. It is during his tenure that the University recruited the Vice Chancellor competitively, Professor George Magoha, current CS Education and facilitating his advanced management training at the Stanford University Graduate School of Business. Prof. Magoha, through the support of Dr. Joe Wanjui, implemented phenomenal transformational change that led to growth, through performance-based change management and firm leadership.

Born on 24 May 1937, the Ohio Wesleyan and Columbia University trained engineer became the Chairman of the UAP Old Mutual Group on 8 November 2007. Prior to this, he served as Chairman of the UAP Insurance Company from 1998 to 2015. He has been a director within the Group since 1986.

As Chairman of UAP Insurance, he influenced the Group’s decision to grow regionally and this saw UAP venture into Uganda and South Sudan, and subsequently Rwanda and Tanzania. This led to the formation of UAP Holdings Plc which successfully listed its shares on the Over-the-Counter market at an initial offer price of Kshs. 60 per share. The share currently trades at Kshs. 160.

The strong presence of UAP within East Africa attracted Old Mutual to invest in UAP when seeking to grow its footprint in the region. This culminated into a merger between the two entities and the birth of a new brand – UAP Old Mutual in 2015 and the launch of the region’s first integrated financial services group offering insurance, investment, savings and banking to help customers plan for, grow and protect their personal and business ambitions.

In his role as the Group Chairman, Joe, as he is affectionately known to his friends and peers, has provided stewardship to the board and management to actualize the group’s ambition to be the largest integrated financial services group in East Africa.

His prior experience includes; Chief Executive Officer of East Africa Industries (which later became Unilever) and Chairman of CFC Stanbic Bank in Kenya.  He was also appointed as the Chancellor of the University of Nairobi in June 2003 by H.E. President Mwai Kibaki CGH. The University of Nairobi conferred an Honorary Doctor of Science degree to their new Chancellor in May 2004.

A man of many firsts, Dr. Wanjui was the first African Chairman of the Rotary Club of Nairobi.

Dr. Wanjui’s vast experience stems from his lengthy career in the private sector and the national government. Immediately after his university education, he joined ESSO Executive Trainee Program in New York. He returned to Kenya with ESSO in 1964.  He left ESSO on a 5 year leave of absence to become Executive Director of Industrial and Commercial Development Corporation (ICDC) where he was Chief Executive Officer for four years before returning to the private sector.

In his tenure at ICDC, he provided strategic and leadership insights which led to the development of Kenya National Trading Corporation (KNTC) which was meant to help Kenyans enter the supply chain of wholesale and distribution network of consumer products. This led to the launch of the first crop of large-scale African traders in the country. Dr.  Wanjui also played a key role in the establishment of Kenya Industries Estate (KIE) with the purpose of helping Africans venture into small-scale industries.

After ICDC, Dr Wanjui joined East Africa Industries (EAI) now Unilever where he worked for 28 years starting as the technical director then managing director and finally the Executive Chairman. While at Unilever, he initiated a policy that would soon launch the company in attracting high calibre Africans to train and enrol in the company in anticipation of the post-independence era. He implemented the policy first in his technical department and later on, cascaded it in the whole organization, after his appointment as the managing director. In his service as the executive chairman, the company always registered a steady growth in profits and turn over.

In recognition of his exemplary contributions to positive change in society and his dedicated service to the nation, he was awarded the Chief of the Order of the Burning Spear (CBS) of the Republic of Kenya in 2004.

He founded Joe B. Wanjui Education Trust in 2004 with the aim of promoting university education to bright but needy female students. The fund is funded solely by Dr. Wanjui and has so far given grants to over 400 students in various universities from all over Kenya.

Dr. Joe B Wanjui’s interests are golfing, farming, traveling, reading, sharing his experience with organizations that would bring growth and development in Africa and the world at large. He has attended and presented papers at many local and international conferences and seminars. He is the author of three very popular books: The Native Son, My Native Roots and From Where I Sit with Views of an African Executive.

Dr Joe Barrage Wanjui holds a BA degree in Physics and Mathematics from the Ohio Wesleyan University and a MSc. Degree in Engineering from Columbia University (USA).

Dr. Wanjui is inspired to personally offer a glance of his corporate and philanthropic life thanks to the recent events following the disputed US elections.  Quoting him verbatim, ‘I mention all this because Abrams and Groh-Wargo were somehow able to bring their organizing skills to bear on the general election in November and the Senate runoffs in January despite the coronavirus pandemic. Now they are sharing their advice on “How to Turn Your Red State Blue.” It’s not hard to see Abrams’s community-minded faith or Groh-Wargo’s strategic tenacity in the piece they have written together’.