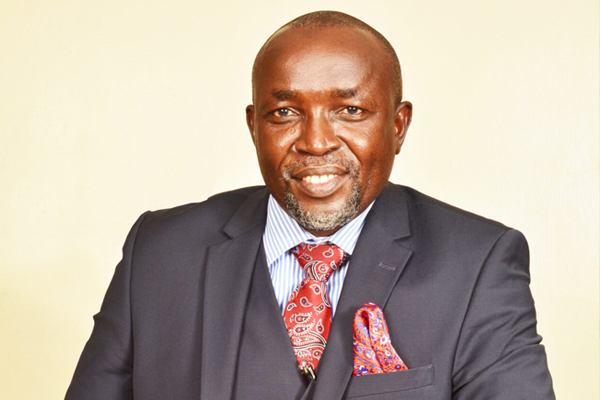 Dr Macharia Irungu continues to see KPC dramatically raise its financial game year after year on the backdrop of solid completion and operationalization of massive investments .

Under the soft spoken, sometimes aloof but always intelligent, with his eyes on the big picture, Dr Macharia Irungu, the Kenya Pipeline Company (KPC) remains on course, since his entry at the tail end of 2019, playing even a much bigger role than its main mandate, as a strategic state agency in the vital and growing oil and gas sector, solely because of its increased operational efficiency and project implementation effectiveness.

Dr Macharia Irungu has kept the faith, under a new Chairman Rita Okuthe, both wallowing on the rose bed of good corporate governance infrastructure laid by the immediate past Chairman, John Ngumi.

He continues to see KPC dramatically raise its financial game year after year on the backdrop of solid completion and operationalization of massive investments amounting to nearly KES 60 billion. These include the new Mombasa-Nairobi pipeline, a new Sinendet-Kisumu pipeline, additional storage tanks in Nairobi Terminal and Eldoret and Kisumu Bottom Loading facilities.

The new Line 5 Mombasa-Nairobi pipeline is reputed to be a major milestone in Kenya’s corporate capital investment history, having been constructed partly from KPC’s own funds and partly with one of the largest corporate loans in Kenya, US$ 350 million (KES 35 billion).

Unlike many State-Owned Enterprises whose fortunes take a dive upon the exit of a cautious good board chairman in the ilk of John Ngumi, under Dr. Macharia Irungu’s executive oversight. For instance, during his short tenure, KPC’s business performance has scaled to great heights. The Company has provisionally recorded a pre-tax profit (PTP) of Kshs. 7.6 billion in the just completed financial year (FY) 2020/21, which translates into a 31% growth from Kshs. 5.8 billion in the 2019/20FY.

With respect to the refined petroleum products transported through the pipeline, the KPC recorded a growth of 6% to 8,111,539 m3 in FY 2020/2021 above the previous year’s performance of 7,686,427 m3. This improved performance is largely attributed to enhanced corporate service delivery and streamlined systems and processes based on proven organizational operational structure.

In contrast to other SOEs that drain the exchequer, Dr Macharia Irungu states in the end year report, that over the last couple of years, KPC has provided good returns on investments (ROIs) to its shareholder. ‘We have grown to be one of the largest SOEs in Kenya. During the last eight years, KPC generated over Sh80 billion in PTP and paid over Sh 50 billion in taxes to the government during the same period”.

Dr Macharia Irungu adds that the completion of three major projects including the Mombasa-Nairobi pipeline (Line 5) and additional storage tanks in Nairobi during the 2017- 2018 Financial year, positioned KPC as a strategic player in storing and transporting refined petroleum products in the country and the Eastern African region.

Within this period, KPC has also been successfully managing the operations and performance of another parastatal, Kenya Petroleum Refineries. The KPL is in the process of finalizing the complete integration of the two SOEs.

Additional accolade for KPC under Dr. Macharia Irungu, is working with Kenya Railways, the Kenya Defence Forces (KDF) and the National Youth Service (NYS) in bringing back into operation the Nairobi-Nanyuki Railway line, which has seen the commencement of the transformation in the Mt Kenya and Northern Kenya regions, including forward and backward linkages and promoting local or domestic tourism in this scenic region.

Dr. Macharia joined KPC in the wake of the unprecedented COVID-19 Pandemic. Despite this, he spearheaded a multi-agency team including public and private sectors in executing unrivaled initiatives geared towards containing the spread of the disease in the Country. These initiatives entailed, one, coordination of production and free distribution of over 1,500,000 litres of hand sanitizers to vulnerable Kenyans across the country and the donation of approximately $ 550,000 to the National Youth Service (NYS) for production of 1,500,0000 protective face masks. These initiatives strengthened the country’s response to this global COVID-19 Pandemic.

Specifically with respect to supporting the National Development Agenda, KPC as in the previous two years, has remitted dividends worth $145 million to the exchequer. Part of this went into supporting rehabilitation of Nairobi-Nanyuki Meter Gauge Railway and rehabilitation of Naivasha-Kisumu Meter Gauge Railways lines, the objective being to spur socioeconomic development of these economically sleepy regions.

In addition, KPC committed resources towards the transformation of Kisumu Port into a regional transport hub contributing to the creation of a blue economy. A collaborative effort between Kenya Ports Authority (KPA) and Kenya Railways Corporation, has resulted in a rejuvenated Kisumu Port, including the resumption of maritime transport of fuel through rail loading facilities at the KPC Kisumu Depot. Dr Macharia Irungu asserts that KPC remains committed to the East African regional expansion through Lake Victoria as a more cost effective and safer option of fuel transportation.

Some of his distinguished accomplishments include being part of the lead team that steered the construction of Standard Gauge Railway (SGR) in Kenya and earlier the operationalization of the Rift Valley Railways in Kenya as the Chair of the Project Committee. Designing and implementing construction of Oil and Gas strategic storage facilities in the Great Lakes Region which has enhanced supply of Oil and Gas in East and Central Africa are among other projects Dr Macharia Irungu has spearheaded.

Dr Macharia Irungu has also contributed immensely to the regulating of the importation, refining, exportation, transportation, storage and sale of petroleum and petroleum products as a Director at the Energy and Petroleum Regulatory Authority. Dr. Macharia Irungu has over 30 years of experience at Senior Management level in Lubrication, Oil Retail, Real Estate, and Supply Trading in the petroleum sector in Kenya and Africa.

Dr Macharia Irungu holds a Doctor of Philosophy (PhD) Degree in Strategic Management from the University of Nairobi (UoN) and a Master of Business Management (MBA) Degree from Newport University (US).

Due to his assiduousness, achievements, and relentless determination to achieve nothing but the best, Dr Macharia Irungu has garnered several awards and recognition globally.  These awards include the Mobil International Golden Nugget and Global Recognition award, given by Exxon Mobil.

Dr Macharia Irungu was recently recognized and awarded by the President of Kenya with the awards of the Moran of the Order of the Burning Spear (MBS)andtheUzalendo Award in 2020.

On the global scene, Dr. Macharia Irungu was recently bestowed the African Inspirational Business Leadership Award by the Africa Leadership Magazinefor his exceptional leadership skills that has moved KPC to great heights.

On the heels of the Company of The Year (COYA) awards in marketing and customer care 2021, Dr. Macharia Irungu is 2022 BUSINESS MONTHLY EAST AFRICA TOP 25 MOST INFLUENTIAL CEO IMPACTING BUSINESS.