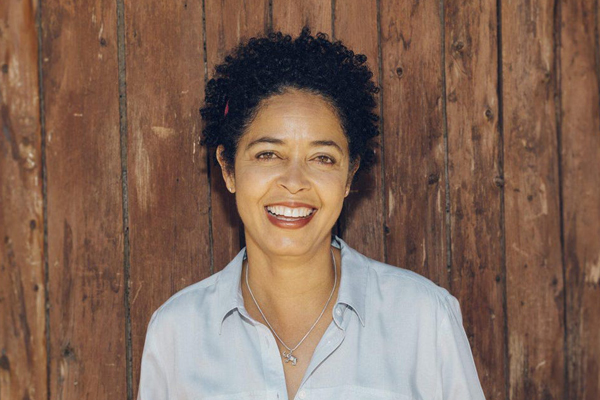 Dr Paula Kahumbu is the CEO of Kenyan Conservation NGO WildlifeDirect since 2007 and is leading the hard-hitting Hands Off Our Elephants Campaign with Kenya's First Lady Margaret Kenyatta.

According to one of her posts in LinkedIn, Dr Paula Kahumbu has been dying to tell the world about this amazing new partnership between her organization, WildlifeDirect and Disney and Nat Geo to produce National Geographic Kids Africa, a 26-part series that will be filmed in Africa for and with Africa’s kids.

‘This is no ordinary series – for the first time Africans are at the heart of the programming about our own nature. It will be our voices, our people holding the cameras, our stories, and our audiences watching the amazing content’ states Dr Paula Kahumbu.

She adds that, ‘The series is part of a much larger program to protect and restore nature which includes a massive outreach program to ensure that children everywhere can watch the series, take actions and Make a difference. We are creating a generation of Wildlife Warriors. We are so grateful that this incredible program is generously funded by USAID’ she adds.

Dr Paula Kahumbu is the CEO of Kenyan Conservation NGO WildlifeDirect since 2007 and is leading the hard-hitting Hands Off Our Elephants Campaign with Kenya’s First Lady Margaret Kenyatta. Hands Off Our Elephants is a campaign to restore Kenyan leadership in elephant conservation through behaviour change at all levels of society, from rural communities, to business leaders and political decision makers.

She is a Kenyan conservationist with a PhD from Princeton University where she studied Ecology and Evolutionary Biology and conducted her field research on elephants in Kenya.

She formerly worked for the Kenya Wildlife Service (KWS) and ran the CITES office and headed the Kenyan delegation.

She is a board member of Lewa and the Soysambu Conservancies, and the Jane Goodall Institute Kenya.

Dr Paula Kahumbu is an accomplished writer and has co-authored a global best-selling children’s book on a true story about a hippopotamus and a tortoise called Owen and Mzee: the true story of a remarkable friendship, it’s sequel Owen and Mzee: the language of Friendships, and Looking for Miza, a story about an orphaned mountain gorilla in Democratic Republic of Congo (DRC) in the same series.

Dr Paula Kahumbu was the Executive Director of the Kenya Land Conservation Trust between 2010 – 2011.

Prior to studying at Princeton University for her PhD degree in the field of Ecology and Evolutionary Biology between 1994 – 2002, Dr Paula Kahumbu held a Master of Science degree in Forestry and Range Science from Florida University, Gainesville, the US (1989-1991).

After completing her secondary education at Loreto Convent Msongari School in Kenya, Paula Kahumbu was awarded a national scholarship for undergraduate studies in the field of ecology and biology at the University of Bristol in the United Kingdom (UK).

To those who know her closely, Dr Paula Kahumbu is very passionate about conservation and works very hard to strengthen the linkages between local communities and wildlife conservation, highly experienced in various fields of conservation, with her passion being defending rights for elephants, globally. As a National Geographic Explorer, Dr Paula Kahumbu has devoted her career to protecting elephants from environmental changes and poachers.

It is not hard to know where all these began. In an article published in the National Geographic Explorer on June 14, 2021, Dr Paula Kahumbu grew up near Nairobi, the capital City of Kenya. The article reads, ‘it did not take long for Dr Paula Kahumbu to fall in love with wildlife. The renowned conservationist spent her high school years interacting with animals in her neighbourhood and going on expeditions’.

While conducting Ph.D. research in Kenya’s coastal forests, a chance encounter offered Kahumbu a focal point for her career:  As her team prepared to measure the area’s biodiversity, a group of elephants quietly surrounded them. Instead of confronting the team, the elephants simply laid down to sleep. Kahumbu was immediately struck by the grace of the elephants and their comfort around her.

As a result, Kahumbu decided to focus her Ph.D. research on elephants. A few years later, she is a champion for elephant rights worldwide.

Dr Paula Kahumbu’s efforts to protect elephants against environmental changes and poaching have gained the support of conservationists in Kenya and around the world. She is recognized as a Kenyan conservation ambassador by Brand Kenya and in 2015, she was granted the award of Order of the Grand Warrior (OGW) by the Kenyan President for outstanding service in her field of conservation and the honour she continues to earn for her country.

In June 2021, Kahumbu was awarded the Rolex National Geographic Explorer of The Year for her commitment to preserving wildlife and habitats in Kenya and beyond.

Born on 25 June 1966 in Nairobi, Dr Paula Kahumbu is a nominee and finalist for the 2022 Business Monthly EA Top 25 Most Influential CEO Impacting Business.