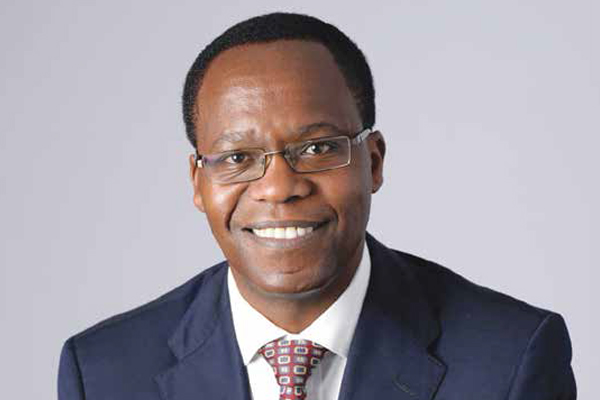 John Gachora has under his belt several years of experience in executive management positions at various global companies in Corporate and Investment Banking, Structuring and Financial Engineering, Commercial Banking and Financial Services.

John holds a Master’s Degree in Electrical Engineering and Computer Science from the Massachusetts Institute of Technology (MIT) US, an MBA from The Wharton School, University of Pennsylvania, US and a Bachelor’s degree in Accounting from the UoN.

From sojourns in the US and the Republic of South Africa, John returned to his motherland Kenya and joined the NIC Group in 2013, from Barclays Africa, where he had been Managing Director and Head of Corporate and Investment Banking. In this role, John was charged with the sole responsibility for Barclays Corporate and Investment Banking activities across several countries in sub-Sahara Africa. John had joined Barclays Africa in 2009.

Born in Gatamaiyu in 1968, John Gachora’s story is told of a village boy who meritoriously rose through shear hard work, intelligence and focus to the top echelons of the banking industry in Africa, where he was last year (2021) elected the chairman of the board of the Bankers Association of Kenya, the umbrella body that oversees the business interest of the industry.

From his perch at NIC Bank Group, John Gachora was selected to head the NIC, CBA banks merged and would soon be the Managing Director of the new merged entity, the NCBA Bank Group Plc.

According to LinkedIn, John has under his belt several years of experience in executive management positions at various global companies in Corporate and Investment Banking, Structuring and Financial Engineering, Commercial Banking and Financial Services.

John’s recognition for the Top 25 Most Influential CEO Impacting Business 2022 by the Business Monthly magazine is wrung from his ringside role in the NCBA Bank Group merger journey, which John and his team has transformed overnight to be the ‘Go For It Bank’. Two years down the journey, the NCBA Bank serves nearly 50 million customers across Kenya, Tanzania, Uganda, Rwanda and Ivory Coast.

Breaking new ground as Kenya’s first merger of equals in the banking industry, the consolidation of NIC and CBA banks was sealed with an unwavering promise to deliver a complete and seamless range of financial services to its customers, which has been underpinned by a strong relationship management and a culture of deep customer service excellence.

The NCBA Bank Group’s bold ambition is to become a large Pan African banking player, by expanding its offering to provide a full range of financial products and services to corporate, institutional, SME as well as consumer banking customers.

Young and ambitious, the Kenya subsidiary begun expanding its retail network with the opening of additional branches in 2021, with even more branches in the pipeline in the immediate future, as it seeks to double its network to get “closer to its customers”. These new ones include new brick-and-mortar outlets in areas such as Gikomba, Kiambu, Ngong and Naivasha. NCBA Bank targets to raise its branch count from 78 branches to 84. The new branches add to nine others in Nyeri, Karatina, Embu, Ruiru, Kakamega, Bungoma, Kericho, Nairobi and Mombasa opened earlier in 2021.

“We have embarked on a bold branch expansion strategy,” says John Gachora, adding that, “We want customers to know that we are not just a bank for corporate banking and asset financing. We also offer so much more and to different market segments.”

NCBA Bank posted a KES 6.5 Bn NP for the third quarter driven by higher interest income and reduced loan loss provisions. Interest income grew 9 percent to KES 34.2 Bn, while loan loss provisions fell 31 percent to KES 9.2 Bn compared to a similar period last year. “We are feeling optimistic that economic recovery is certainly underway and that it will reflect in a continued uplift of our financial performance in the near term,” NCBA Bank Managing Director John Gachora stated when releasing the results.

One of the most talked about project undertaken by the NCBA Bank Group is support and focus for the Small and Medium Enterprises (SMEs). SMEs are the real engines of growth and play a significant role in the economic development of the country. The sector contributes an estimated 80 percent of employment and is crucial in reducing poverty, stimulating entrepreneurship and promoting innovation for achieving the United Nations (UN) Sustainable Development Goals (SDGs).

Despite their critical role in national development, research indicates that 50% of new businesses fail within the first two years of operation. It is with this in mind that NCBA Bank Kenya has partnered with Strathmore Enterprise Development Centre (SEDC) under the Strathmore School of Management and Commerce (SMC), to contribute to empowering SMEs for business competitiveness.

In addition, NCBA Bank Kenya has signed the Credit Guarantee Scheme (CGS) with the Government of Kenya, which seeks to improve and stimulate the national economy by encouraging additional lending to Micro, Small and Medium Enterprises (MSMEs), increasing investment opportunities for MSMEs as well as strengthening skills and capacities of proprietors of MSMEs.

In the Corporate Social Responsibility (CSR) space, NCBA Bank Kenya has helped shape societies by creating opportunities and by helping individuals and businesses to realize their ambitions as well as by helping to build and innovate the financial infrastructure. The strength and sustainability of NCBA Bank Kenya business is earned daily by keeping its promises to customers, employees, shareholders, and communities.

Under its 3 strategic pillars: People, Planet and Profit, NCBA Bank Kenya supports a number of initiatives including youth education and enterprise; financial innovation; environment and natural resources and preventative health and wellness.

According to LinkedIn, John Gachora is driven by self-improvement, integrity, hard work and has differentiated himself by often starting with the end in mind, placed against a strong belief that he can model anything. This is proven by the successful merger that led to the formation of NCBA Bank Group.

Going by the smooth transitioning to the new bank, NCBA Bank Group, John’s experience on Wall Street, coupled with international exposure in the US and South Africa, working for reputable international banks, prepared him more than well for the responsibilities that awaited him upon his return to Kenya, where he is acquitting himself very well, as he responds to the potential of the huge unbanked population, through innovative banking products on offer. Go For It, John!