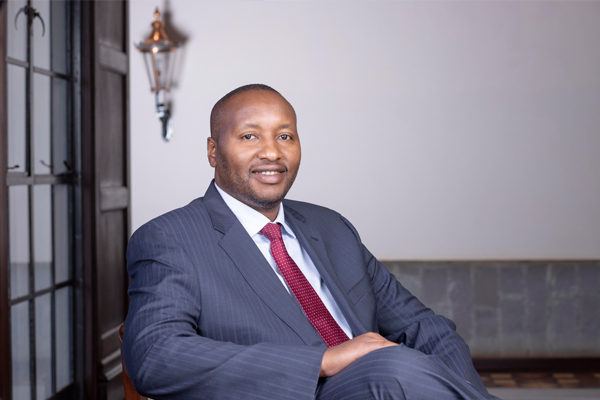 Nobody is versed in matters infrastructure finance than Nganga Njiinu. From his perch as the CEO of TransCentury, he is viewed as an authority and thought leader in this subject.

In an article penned by Nganga Njiinu and published in the Business Daily National Newspaper, the Group CEO of TransCentury states that the development of infrastructure for transport, power, water ( sub-Sahara Africa is home to 40% of the world’s 783 million people without access to clean water) and telecoms is always considered as a catalyst for economic growth, with a socio-economic rate of return of over 20 %, quoting McKinsey Global Institute.

Nganga adds that infrastructure has a direct impact on growth through physical capital accumulation and indirectly through enhancement of productivity and improved social life style. Heavy investments in mega infrastructure, such as harvesting and supply of water, according to this article, is directly proportional with high growth rates, as these investments subsequently feed back into the economic and social growth processes, including experiencing a higher standard of living, through a healthy lifestyle that includes a positive environment for education and increased productivity at work.

After all, according to Nganga Njiinu in the article under review, Kenya’s Big 4 Agenda is anchored on investing in mega infrastructure projects in manufacturing (for new job creation), housing (adequate, affordable and quality), agriculture (food security) and health (achieving universal health care).

Nobody is versed in matters infrastructure finance than Nganga Njiinu. From his perch as the CEO of TransCentury, a Holding Group Company specializing in this kind of investments in Africa, he is viewed as an authority and thought leader in this subject.

Nganga Njiinu joined TC in 2008 as part of a new team that was tasked with corporatizing the group after a phase of rapid growth and acquisitions. He has held various roles in corporate finance, portfolio management, business development before rising to the helm of the organization as CEO in 2016.

TC is an indigenous investment Group with a focus on infrastructure. It prides itself as one of the pioneer investment companies in the region that took the challenge of pulling together local capital to grow value while addressing pertinent infrastructural deficiencies in the country and region.

Twenty-four (24) years since its inception, the Group has investments across East, Central and Southern Africa which include East African Cables, a leading manufacturer of electrical cables, Tanelec Limited, a leading manufacturer and distributor of transformers and switchgear based in Arusha, Tanzania, Avery East Africa (AEA) which provides solutions that enhance infrastructure efficiency and sustainability across the region, just to mention a few.

Since he was appointed Group CEO, Nganga Njiinu has provided clear and strategic leadership during TC’s turnaround phase. He is passionate about the huge potential that exists across a continent that has been lagging behind when it comes to the development of key infrastructure in electrification, road networks, water and sanitation, distribution infrastructure to support the Agriculture sector to ensure the food availability and food security agenda.

Nganga Njiinu holds dear the idea that local private sector investors like  TC have an important role to play in plugging Africa’s infrastructure deficiency; especially at a time like now when official sources of funding for such projects are on the decline or charging a premium for borrowing. TC has specialized in pulling together longer-term funding that is patient enough to see projects come to fruition. This is the type of affordable funding Africa needs.

Manufacturing is another area that Njiinu is passionate about because of its potential in spurring growth and development and how it aligns with the East African countries development agenda. TC has been at the forefront in not only investing in manufacturing plants but scaling up the businesses to the iconic brands that some of TC investments are today. This is no coincidence, but deliberate and strategic leadership offered to the investee companies that has enabled the business to scale up, diversify and innovate.

TC goes beyond offering capital to providing strategic corporate leadership that includes a team with a deep understanding of the business operations and governance. TC has, therefore, built a track record characterised by resilience and the ability to turn around businesses even under challenging and volatile environments.

Among the achievements of TC that Njiinu is most proud of is the unmatched platform that TC has created with strong brands and a track record of delivering iconic infrastructure projects in the region.  The ability by the business to withstand and survive turbulent times, lately the adverse effects on the economy occasioned by the effects of COVID-19 Pandemic are pointers to the opportunities that TC businesses have created including breaking barriers and investing in frontier markets such as the DRC.

In going local, TC is offering local personnel the opportunity to demonstrate and develop skills in very specialised fields of engineering and  value addition through manufacturing and the ability to evolve with the times and provide locally harnessed solutions.

On taking up the CEO role, Nganga Njiinu embarked on a journey of stabilising the Group’s businesses and turning them around following a phase of financial challenges that in some cases threatened the subsidiaries ability to fulfil their order books; challenges that growing businesses usually have to deal with from time to time.

In the last five years, Nganga Njiinu has led the team through implementing a robust turnaround strategy that identified 4 key areas of focus: Debt reprofiling, delivering robust commercial opportunities, creative fundraising and execution of orderbook. This plan has led to reduction of debt by US$ 55m and the restructure of US$ 52m debt.

Currently, TC is focussing on the third pillar of the strategy and is in the process of preparing to launch a Rights Issue whose objective is to reduce debt and subsequently provide the underlying businesses with the opportunity to access working capital.

In addition, TC has undertaken a Group-wide organisation redesign that included strengthening of the corporate governance (CG) structure, to reflect the Group strategic direction. In 2017, Nganga Njiinu led the team in unveiling the Group’s four-year strategic plan – Ahidi; which continues to provide a clear direction for the Group.

Nganga Njiinu is a CFA charter holder and an MBA in finance and investment management from the University of Dallas in Irving, Texas, US.

Before joining TransCentury, Nganga Njiinu worked for Coldwell Banker Residential Brokerage in the US where he oversaw strategic initiatives, financial planning and analysis as well as evaluation and integration of acquisitions.

Nganga Njiinu is an avid follower of motorsport and enjoys farming. Besides his passions, he believes that the current generation must leave behind a legacy of creators, teams that will build resilient businesses for posterity.