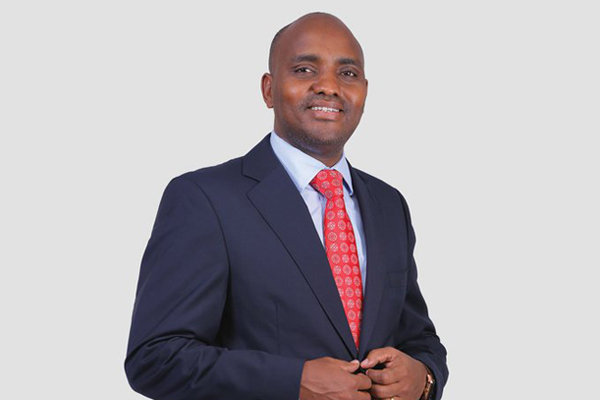 An experienced c-suite executive, Paul Russo has built a track record of successfully leading efforts to transform organizations across various markets in Africa as well as turned around distressed lenders in the country.

For the period ending September 2021, the National Bank of Kenya reported profit after tax (PAT) of KES 1.1 Bn, representing a 1126% rise over the same period in 2020. The increase was driven by increased income from loan interest and foreign exchange trading coupled with lower loan loss provision.

These performance highlight confirms Paul Russo, as the bank’s Mr. Fix-IT. Over the years, Paul Russo has distinguished himself as a transformative corporate leader and turnaround architect. While he came to the limelight when he took over as Receiver Manager at Chase Bank (IR) Limited, Paul has been at the heart of key organizational transformation initiatives in all the organizations he has worked for.

An experienced c-suite executive, Paul Russo has built a track record of successfully leading efforts to transform organizations across various markets in Africa as well as turned around distressed lenders in the country.

In 2016, KCB Group, having been appointed the Receiver Manager of the troubled Chase Bank by Central Bank of Kenya and the Kenya Deposit Insurance Corporation, turned to Paul to lead efforts of re-opening it. He was instrumental in its eventual reopening and stabilization as well as supporting in availing customers’ deposits, in just four months, way ahead of the projected timelines. Thanks to the efforts he led, Chase Bank was eventually acquired by Mauritius-headquartered SBM Holdings and later renamed to SBM Bank.

Paul is currently engrossed in another turnaround assignment. He is at the helm of turning around of the once iconic National Bank of Kenya (NBK), where he was subsequently appointed the Managing Director. He also doubles up as Group Business Director at KCB Group Plc, with responsibility over regional subsidiaries.

Paul Russo was appointed National Bank of Kenya (NBK) Managing Director in September 2019, after the bank’s successful acquisition by KCB Group Plc. At the time of the acquisition, NBK was choking in a pile of Non-Performing Loans (NPL) and corporate governance challenges. The bank was also significantly in breach of the regulatory capital ratios.

About a year later, results of the turnaround efforts he is championing at NBK, together with the new board that was instituted, began bearing fruits, if full year 2020 results are anything to go by. This was achieved despite the challenging operating environment due to the Covid-19 Pandemic that slowed down the momentum. That NBK has remained resilient in spite of these difficult operating environment demonstrates solidity of its new governance fundamentals. Customer confidence is also on the rise with growing deposits as well as loans and advances.

Over time, Paul Russo’s capabilities and work experiences have evolved beyond his original area of training – Human Resource Management. This has put him in good stead to steer NBK. Paul Russo is particularly passionate about unlocking the economic potential of Micro, Small and Medium-sized Enterprises (MSMEs) in the country and beyond. Key for him, has been unwavering focus on the customer’s needs. He has consistently led the group in not losing sight of this objective. As a result, the bank has received multiple recognition, locally and internationally, for its customer excellence during his tenure.

In 2020, NBK bagged three awards: Best Tier 2 Bank in Digital Experience Awards by the Kenya Bankers Association, based on a nation-wide banking industry’s customer satisfaction survey; Customer Satisfaction and Happiness Award in the Global Banking and Finance Awards 2020, which recognize innovation, achievement, strategy, progressive and inspirational changes within the financial services world; and Best Bank in Customer Service at the International Business Magazine Awards 2020, which recognize best-in-class achievements in international business and finance.

Paul Russo schooled at Mang’u High School, before joining Moi University in Eldoret for an undergraduate degree in Business Management. He also holds a postgraduate degree in Business Administration (MBA) in Strategic Management from the Strathmore University Business School. Paul also obtained a certificate from Harvard Business School under the Senior Executives Programme for Africa and also holds a Higher Diploma in Human Resources Management from the Institute of Human Resource Management (Kenya).

Paul Russo is an active camel, cattle and goat keeper in his home area of Marsabit County, in the northern part of the country, where Paul is involved in several community initiatives to give back to society among the community, he calls home. Paul Russo is also the Patron of the KCB Football Club.