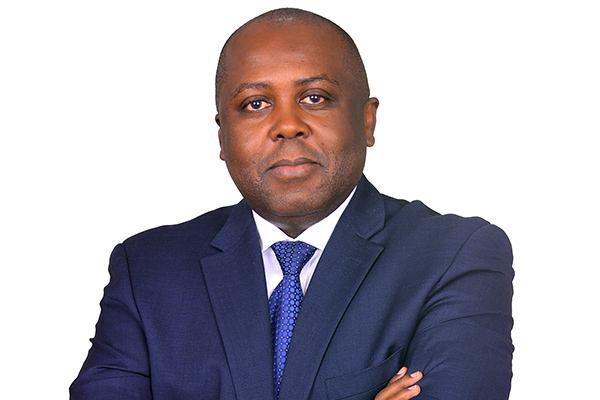 Mugo Kibati attended the Massachusetts Institute of Technology (MIT) for a M.S. degree in Technology and Policy between 1997 and 1999.

In a seminal article titled Access to Mobile Data, published on LinkedIn on November 12, 2021, and which forms the basis of this recognition of a leading corporate titan, a scholar and business thought leader, Mugo Kibati writes, and we quote verbatim. Read on:

In 2016, the United Nations amended Article 19 of the Universal Declaration of Human Rights (UDHR) to include ‘access to the Internet as a human right’. This amendment to the UDHR received plenty of opposition, with many countries contesting the language choice; that it condemned any measures to disrupt Internet access or hinder sharing of information.

I need not remind you of the events that unfolded late December 2019 through to the present day. Access to this very resource – the Internet – is what kept the global engine moving, with a heavier reliance on remote work and online communication driving a dramatic surge in global Internet usage.

Digital environments usurped every day in-person interaction, enabling business owners, employees, teachers, students – the fortunate few who had access to the Internet, and other professionals, who now had to minimise their movement but still meet their contractual, professional, business or educational obligations.

In fact, the pandemic has proved that a well-architected digital experience can offer an equivalent or even more personalised interaction than an in-person engagement. At Telkom, we recorded a 50% spike in data consumption on our network, following weeks of increased usage of our Home products and other tailored solutions. This also called for an immediate optimisation and rebalancing of our network to address the usage dynamics.

The Internet is now emerging as a daily necessity. However, its universal access, particularly mobile Internet, is still a challenge. While a minority of privileged students – from elementary to tertiary institutions – were able to continue with their studies, the great majority who had no access to the Internet sadly fell behind, further entrenching the gap between the “haves and have-nots.”

The World Economic Forum has underlined the growing role of the Internet in the economy particularly now with the fourth industrial revolution. The World Bank also posits that the Internet promotes economic development since it provides access to opportunities that were previously out of reach for the most disadvantaged people.

It is evident, therefore, that the Internet is now a key driver of economic growth. Its access is crucial if Kenya and the rest of the continent are to really bridge the digital divide. This calls for further investment into network infrastructure, and a continued review of the technology in use, to ensure scalability – easier upgrades and optimisation, guided by future market dynamics.

Last week, we announced our partnership with networks and telecommunications company Ericsson, and systems integrator NEC XON to add an additional 2,000 sites onto our network by 2023. This nationwide rollout that will cost approximately $100 million, is part of our long-term network expansion strategy to address the digital transformation being witnessed, as well as lay the groundwork towards our long-term goal to become the technology partner of choice in Kenya and the region.

The customer is also demanding more competitive and comprehensive products that address their different and ever-changing needs: browsing, downloading, streaming, mobile money transactions, reading the news online, and updating their apps; actions that are now very important to everyday life.

The development of new products and solutions such as Madaraka Life in response to these customer dynamics, consequently enabling more people to access the Internet, but more importantly, the provision of the network needed to access these products, is what needs to be addressed.

Technology companies will also have to put in more effort towards increasing the awareness of this crucial resource through the implementation of well thought out go-to-market approaches. However, we cannot also ignore another challenge – access to mobile Internet devices.

The Global Systems for Mobile Communications Association (GSMA) in a recently released report: Mobile Internet Connectivity 2021; sub-Saharan Africa Key Trends, states that over half a billion people who are living in areas with a mobile broadband network, are not using mobile Internet, despite substantial increases in mobile broadband coverage since 2014.

Handset affordability, the GSMA adds in this report, remains a key barrier. In as much as smartphone adoption is increasing, it only accounts for less than half of the total connections. More needs to be done to address this gap.

This calls for further intervention from all concerned regulators with the support of other sector stakeholders, to expedite the implementation of measures and policies that are favourable to the end consumers, enabling them to acquire the devices needed to access this basic human right – the Internet, but to also instil confidence in service providers to put in more infrastructure investment into the sector, thereby increasing Internet penetration across the country.

Mugo Kibati is the Managing Director and Chief Executive Officer of Telkom Kenya since November of 2018.

He sits as Chairman of the Board of the Lake Turkana Wind Power Limited since October 2014 to date, the largest Wind Power Generation Project in Africa, scheduled to generate 310MW. Mugo also sat on the M-KOPA Solar Board from Jan 2016 to Dec 2018, the leading provider of home solar solutions.

Mugo was the Group CEO at Sanlam Kenya between February 2015 and March 2018, leading a team overseeing the expansion of the business from life to general insurance, investments and asset management.

Between July 2009 and October 2013, Mugo was the Director General of Vision 2030. As the Chief Executive of the delivery team, he was charged with the responsibility of overseeing the transformation of Kenya from a third world country to modern, industrializing, globally competitive and prosperous nation.

Mugo attended the Massachusetts Institute of Technology (MIT) for a M.S. degree in Technology and Policy between 1997 and 1999, obtaining a joint Master’s degree in management combining engineering, management and policy.

Prior to MIT, Mugo attended The George Washington University – School of Business for an MBA/MA in International Business Finance and International Economics between 1995 and 1997. Mugo had done a Summer Semester Programme on European Union Economics and Dynamics at the Oxford University – St. Peters College in 1996.

These academic exploits commenced in Kenya at the Moi University between 1988-1991 where Mugo studied for a B. Tech. degree in Electrical Engineering, giving him the much-needed grounding for his dream academic study combinations.