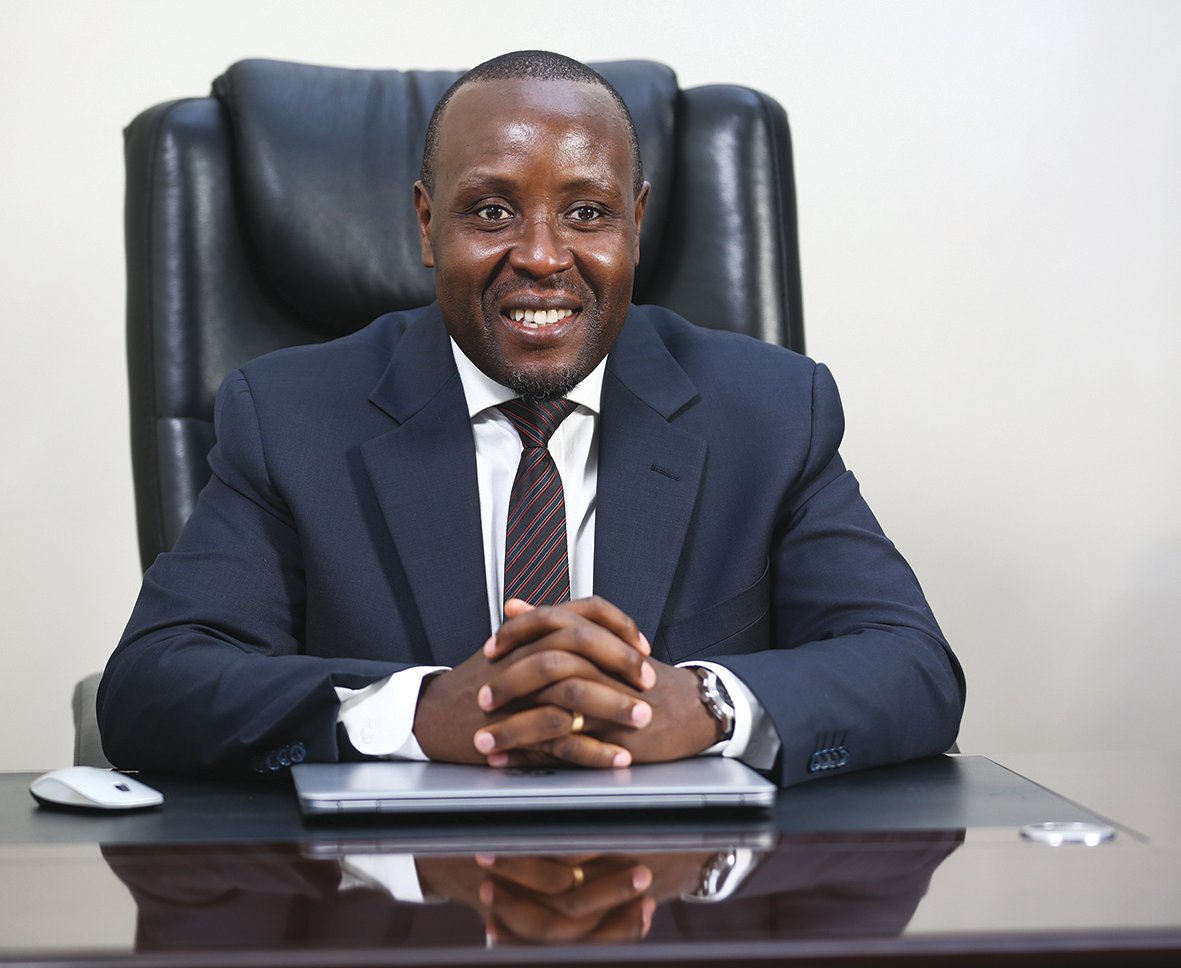 Allan Kilavuka took over the helms of the national carrier, Kenya Airways (KQ) on April 1 2020 after acting in the same capacity from Jan 1 2020. It would appear like it was only when Allan stepped in to fill the void did the KQ board notice the gem that was right next to them at Jambojet.

On Dec 11 2020, the Kenya Private Sector Alliance (KEPSA) with support from the Kenya Airline Pilots Association (KALPA) led discussions amongst stakeholders in the aviation sector both in government and private sector, to explore initiatives to spur the economy and revamp the aviation sector that has been adversely affected by the Covid-19 pandemic.

The high-level stakeholder engagement is a precursor to the National Aviation Conference to be held in the first quarter of 2021.

The focus of the meeting was to start a discussion on the impact of Covid-19 on the aviation industry and allied sectors, and come up with proposals to mitigate the adverse effect of the pandemic on these sectors.

In her remarks, KEPSA Deputy CEO Martha Cheruto noted that the Covid-19 pandemic had affected businesses globally with aviation industry being among the worst affected sectors. “We hope that from today’s deliberations, we can delve specifically into how these issues can be mitigated and what policy and regulatory interventions can be introduced to cushion businesses in the sector,” she said.

Cheruto added that the aviation sector plays a key role in economic growth and development as a logistics powerhouse, and revenue generator for Kenya and the region due to its linkages with various sectors.

Kenya Association of Airline Pilots General Secretary Capt. Murithi Nyagah stated that despite passenger travel being hit hard, cargo is still doing well. He encouraged the government to support local airlines and make it competitive for them to compete with other airlines in order to boost the economy locally and find a balance on reciprocity on market share when doing business with international airlines.

“We need a strategy to be able to continue operating and grow the business even as the pandemic continues raging on within,” Capt. Nyagah said.

On his part, Kenya Airways Head of Regulatory Affairs Dalmas Okendo revealed that the national carrier was growing steadily. He, however, noted that Covid-19 had negatively impacted the airline, resulting to job losses and a drop in revenue. He also highlighted that as travels resume, the national carrier is focusing on the health and safety of staff and clients, and network rationalization.

On a positive note, the CEO of Kenya Tourism Federation Susan Ongalo, revealed that domestic tourism has been picking up steadily after the reopening of domestic airspace in mid-July 2020, and a notable influx of foreign tourists into Kenya after the resumption of international flights.

“To boost tourism, Kenya should adopt rapid testing on-site at an affordable rate and consider the further opening of the skies to increase Tourism,” Ongalo said.

The International Air Transport Association (IATA) financial outlook that was released in June 2020 estimates that revenues for airlines globally could fall by 50% to $419 billion from $838 billion in 2019.

According to the report, in Africa alone, the GDP supported by aviation was estimated to fall by up to $35 billion with over 3.5 million job losses estimated in August 2020. Locally, IATA estimated 223,600 jobs were at risk with GDP losses of up to $1.8 billion.

Present at the event were KQ’s CEO and MD and KQ Cargo Director. The moral of this narration, is a new order of doing things at KQ, ushered in by the recently appointed CEO, Allan Kilavuka. Things are starting to look up for KQ and JKIA as an aviation hub in Eastern and Central Africa is slowly being realized.

Allan Kilavuka took over the helms of the national carrier, Kenya Airways (KQ) on April 1 2020 after acting in the same capacity from Jan 1 2020. It would appear like it was only when Allan stepped in to fill the void did the KQ board notice the gem that was right next to them at Jambojet. Allan boasts of over 23 years of working experience, having started as MD of Kenya Airways subsidiary, Jambojet, in December 2018.

Allan’s career started with Deloitte & Touche (now Deloitte) where he initially was assigned tasks in client business support and then ended up in audit and advisory services. Shortly thereafter though, he was recruited by GE Africa to help lead growth of GE in Africa.

In 2009, Allan was requested to relocate to South Africa as CFO to help turn around a GE Africa Power Services business which was struggling. The turnaround was successful. He was promoted to be the Commercial Finance Leader-GE Africa in May 2014, a position he held until being appointed Global Operations Leader for GE Africa in 2015, enabling Allan return to Kenya, the head offices of GE Africa.  This is where Allan was head hunted to take the helm at Jambojet. The rest, as they say, is history.

In 2021, Allan will be relied on to rationalize the KQ routes, build on the cargo business and take advantage of the COVID-19 vaccine distribution logistics and be the carrier of choice due to its extensive network and partnerships in Africa.

Allan recently announced the mutual termination of the controversial joint venture between KQ and KLM on the Africa-Europe route after 24 years, with effect from September 1, 2021, a partnership of which limited its options of flying to some destinations. In this joint route venture, KQ has been getting the short end of the stick.

This development will allow the Pride of Africa to offer additional options and convenience to its consumers connecting through the European gateways in line with KQs goal of supporting the recovery of international tourism in Kenya and connecting Africa to the World, and the World to Africa, according to KQ’s CEO’s statement.

KQ will continue to serve the Europe market through its gateways of London, Paris and Amsterdam with Rome slated for resumption this year. These routes will be served by onward codeshares from Air France KLM group and complemented with KQ’s ever expanding network of European carriers including Alitalia, British Airways, Lufthansa, and Swiss International Airlines among others.

Kenya Airways remains a member of the SkyTeam alliance and the loyalty program will continue to apply on all the partner flights. According to the CEO, Frequent Flyers will continue to earn and redeem miles, with Elite Plus travellers benefitting from SkyPriority services.

At the time of going to press with this special awards issue, Kenya Airways operates numerous flights a day to over 46 destinations worldwide, 43 of which are in Africa.

As the Pride of Africa, KQ has repurposed two of its aircrafts, including the 787 Dreamliner which has been ferrying cargo from Mombasa to UAE, to create additional space for cargo, with eyes on taking a strategic role in the distribution of Covid-19 vaccines in Africa. KQ is banking on its stature as a well-connected airline in Africa to take the vaccines to every region on the continent using its networks and cargo routes. KQ prepared early for this role, even before the vaccines were announced, by setting up a cold room in Nairobi at the cargo centre, which can store heat sensitive products like medicines and now more so, Covid-19 vaccines.

In an interview last year in Mombasa, Allan indicated that globally, there is a shortage of aircraft with the capability to transport the Covid-19 vaccines. He stated then, ‘There will never be too many aircrafts or vessels to transport these vaccines since they are in urgent need. The vaccines need to be transported in a safe environment and in the correct temperatures. KQ has demonstrated the ability to transport cargo of this nature’.

‘’KQ is already working closely with governments around the world and that of Kenya to distribute the vaccines. We are already moving a lot of cargo on a weekly basis, about 30 tonnes but the flight can carry 42 tonnes, so there is more space per flight,’’ Allan added.

According to the CEO, cargo business is now the airline’s lifeline. KQ has been relying on cargo flights to stay afloat due to the restrictions on passenger flights occasioned by the spread of SARS-CoV-2 virus that causes the Covid-19 disease, which has gravely paralysed the global travel, tourism and aviation sectors.

The ongoing restructuring include KQ replacing a number of staff that came from the European Airline, including the Chief Operations Officer, replacing them with suitable and qualified Kenyans, in readiness to the airline operating as a fully state-owned enterprise (SOE).

On the local scene, KQ has introduced additional revenue streams and put in place incentives and new products to promote domestic tourism, with reasonably well-prices plane tickets. The latest that ran in November and December, 2020 dubbed ‘Every family needs a break’, was extremely successful due to the amazing family discounts on plane tickets that was on offer. This promotion allowed travel anytime until March 31, 2021.

With these transformative decisions, products, customer value creation and a hands-on leadership by Allan Kilavuka, KQ is poised to take off to the skies, this time sustainably as indeed the Pride of Africa.