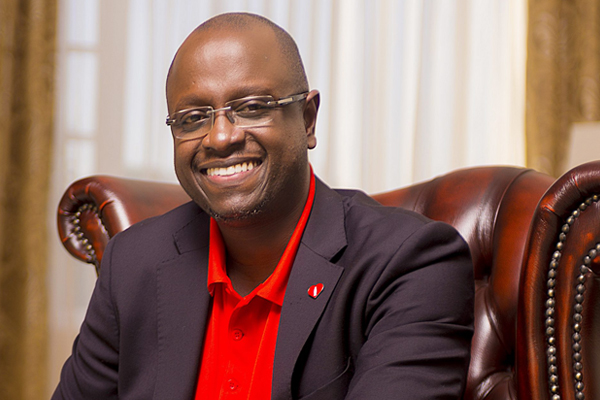 Peter Njonjo is an accomplished business leader with over 20 years of experience across sub-Saharan Africa, with 18 of those being with The Coca-Cola Company.

In an article titled ‘Addressing Africa’s food supply challenge’ published on October 28, 2019, Super marketer and ICTechpreneur, Peter Njonjo posits that, ‘If you visit most African cities, you’re bound to notice at least two things – the unmissable sight of informal retailers that line the streets and marketplaces and the abundance of arable land that the continent is blessed with.’

Peter adds that, ‘despite the presence of these two things, food production and distribution remains a challenge across the continent.’

Peter penned this article, also published on LinkedIn in an attempt to outline the problem that Twiga Foods is attempting at solving and why the recent investment led by Goldman Sachs really helps the company position itself to being part of the solution to the Food Security challenge in Africa.

Peter states that most of the consumer spending in Africa happens in informal, roadside markets, even in those countries with the most well-developed retail and distribution markets.

‘The informal nature of their businesses makes it difficult to ascertain the exact value of the sector but World Bank estimates have suggested that this will be worth $1Trn by 2030. For many people, these vendors are the main channel by which they access the food and drink they consume. However, a fragmented market mean vendors are left to do most of the legwork which inadvertently impacts their business performance,’ adds Peter.

With a clarity and focussed mind, Peter states that the African continent has some of the most ideal conditions for food production in the world and that according to Mckinsey, Africa has around 600 million hectares of uncultivated arable land, roughly 60 percent of the global total. Of the land that is being used, outdated techniques and poor material handling means farmers are not getting the maximum dividends from the efforts.

In understanding how the challenge affects farmers and vendors, Peter gives the following picture: ‘If you take the average vendor in Nairobi as an example, their day often involves waking up before the break of dawn to get a head start on liaising with brokers (middlemen) who source directly from farmers and sell to vendors. There is often no standardized pricing so vendors have to negotiate the best deal they can on the day. Once that deal is negotiated, they then have to find and pay someone to transport they goods to their stall. In many cases, vendors source their goods from multiple brokers which means they have to repeat this process repeatedly.

This fragmented marketplace inevitably leads to increased costs for vendors which is then passed on to consumers. As a result, spending on food in sub-Saharan countries are substantially higher than in other parts of the world. For example, according to World Bank Data, 55 percent of disposable income in Kenya and 60 percent in Nigeria is spent on food, compared to 8 percent in the UK.

Peter then delves in the art and science of using technology to accelerate innovation and development in addressing the challenges of food production and distribution in Africa with the ambition of re-engineering the informal retail sector, hence co-founding Twiga Foods in 2014.

In achieving this, Twiga Foods are using a mobile-based, cashless platform to aggregate the demand of thousands of small and medium-sized retailers in Kenya, enabling them to order fresh and processed food, as and when needed. As a result, farmers and food manufacturers have guaranteed access to a fairly-priced, transparent, mobile marketplace and retailers can consistently source lower-cost, higher-quality produce, which is conveniently delivered to their doorstep within 18 hours of ordering.

By aggregating a fragmented retail space, Twiga Foods enables the creation of an efficient domestic agricultural production industry, while generating incremental value for all market participants. The CEO and Co-founder of Twiga Foods adds that, ‘Our proprietary technology aggregates tens of thousands of retailers onto one platform. This then creates – for the first time ever – a volume market for efficiently produced domestic crops, with lower farm-gate prices and reliability that enables farm financing for the first time at scale’.

In order to realize this mammoth task, Twiga Foods working with strategic partners to make things happen. According to Peter, this is why the latest round of funding ($30 million led by Goldman Sachs) is vitally important. The new funding has been invested in acquiring technology and equipment, developing an efficient logistics network and laying the foundation to expand into other cities within and outside Kenya.

This investment enables Twiga Foods to leverage technology in solving the challenge of inefficient food production and distribution across Africa, a $300bn market that is estimated to grow to $1trn by 2030. ‘Working with our investment partners, we continue to tackle the challenges of food insecurity by using technology to develop commercial solutions and work with existing industry players to deliver better quality and lower cost food,’ adds Peter.

Peter Njonjo is an accomplished business leader with over 20 years of experience across sub-Saharan Africa, with 18 of those being with The Coca-Cola Company. His major strengths and experience include Mergers and Acquisitions, Route to Market Development, Talent Development and Building High Performing Organizations.

Peter has been voted among the top 100 Young Leaders in Africa by Forbes Afrique, top 40 under 40 for 3 years in a row by The Business Daily in Kenya. In 2020, Peter was recognised among the top 50 African Disruptors by the Africa Report in 2020.

He is a Former President of the American Chamber of Commerce in Kenya and the United States International University-Africa Council in Kenya.

Currently, Peter is a Board member of The Jim McFie Education Fund, American Business Council in Nigeria, Member of the Africa Leadership Network (ALN) and Young Presidents Organization (YPO).

In 2021, Twiga Foods is building on an exciting partnership with Britam to provide a business interruption insurance cover dubbed SokoAFYA which will protect small retailers against income loss in the event of hospitalization, making the sector more resilient.

Twiga Foods is also riding a wave with the launch of Twiga ESOP program, where 156 associates and future Managers in the company will receive options of up to 10% of the exit value, as part of the firm’s implementation and belief in creating shared value for all the stakeholders.

Peter has read Accounting and Finance at the Strathmore Business School, International Business Administration at the USIU-A graduating with a BSc degree. He attended the Executive Leadership Program at the elite Havard Business School.